I adore crochet art. I think it’s wonderful when craft and art intersect and I appreciate when crochet is the craft used in this way. Here are 30 great examples of crochet as art, mostly showcased in 2015.

The Miners Hall Museum 2015 first quarter exhibit called Stitch in Time showcases handcrafting. It includes both vintage pieces and new pieces of knitting, crochet and other needlework. February 2015 had a crochet focus in terms of classes and museum education. 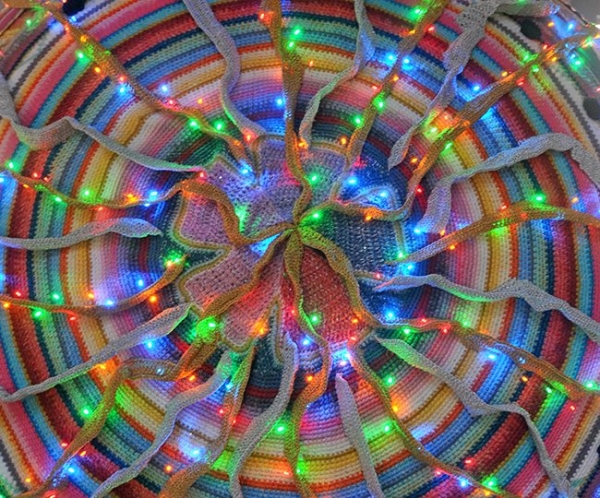 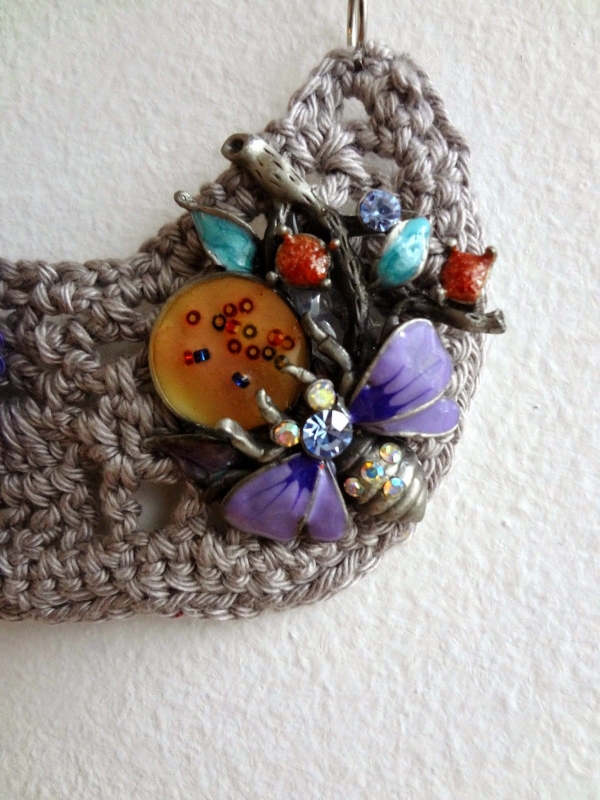 Maya of Little Treasures is going to have an exhibition soon for her Romantic Mori Collection; see more Mori Crochet here 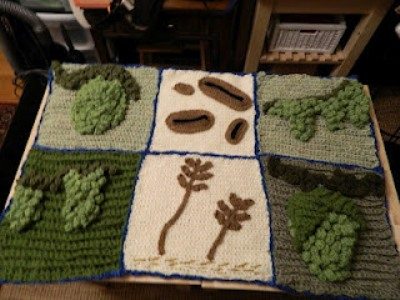 Colcha: A Study in Crochet, Code and Community. This is an older crochet project that I intended to write about and haven’t yet. It’s about collaborative crochet. 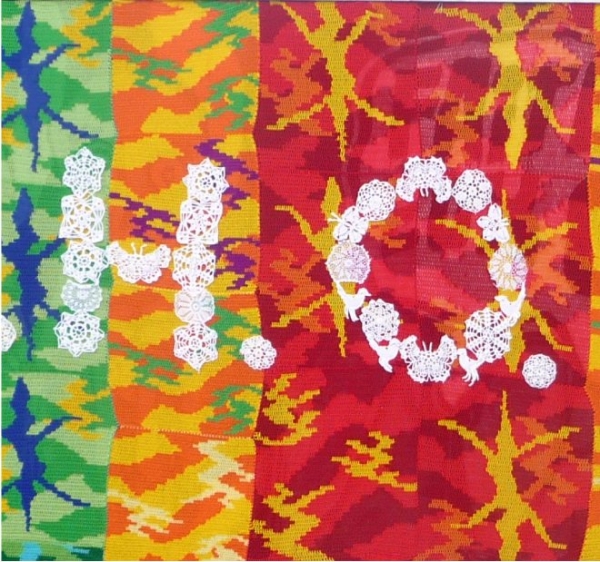 Crochet artist Olek is participating in Rain Basera, a Street+Art Delhi project to bring empowerment to people living in temporary shelters (through art).

“Two crochet works believed to have been produced almost 100 years ago will be part of the Shoalhaven Historical Society’s Centenary of Anzac exhibition.” 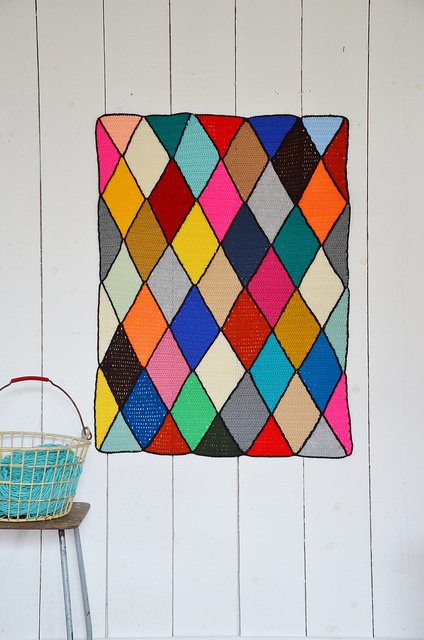 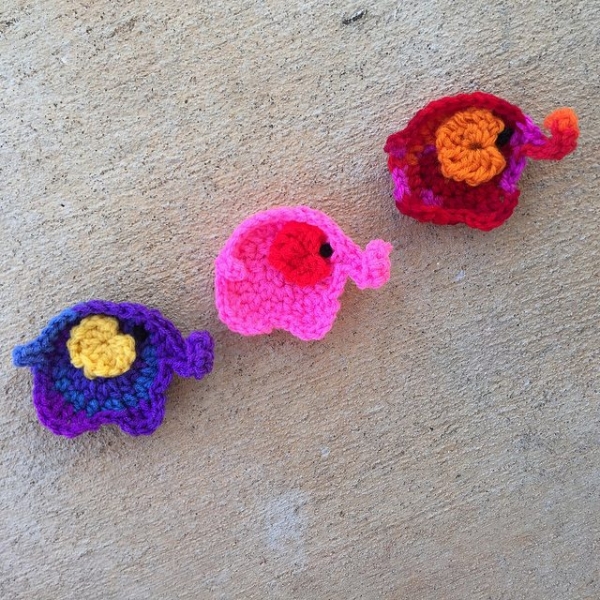 Crochetbug is working on making 101 crochet elephants; pattern via @repeatcrafterme 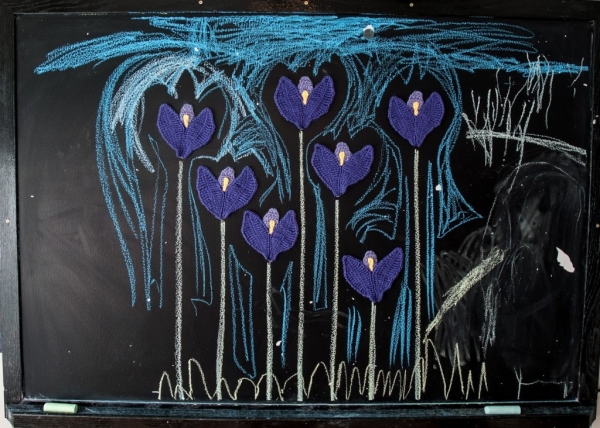 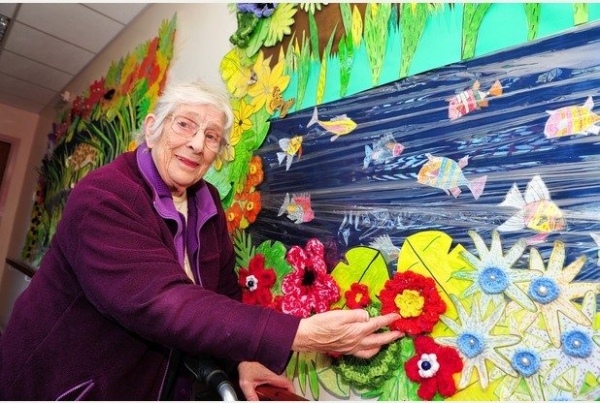 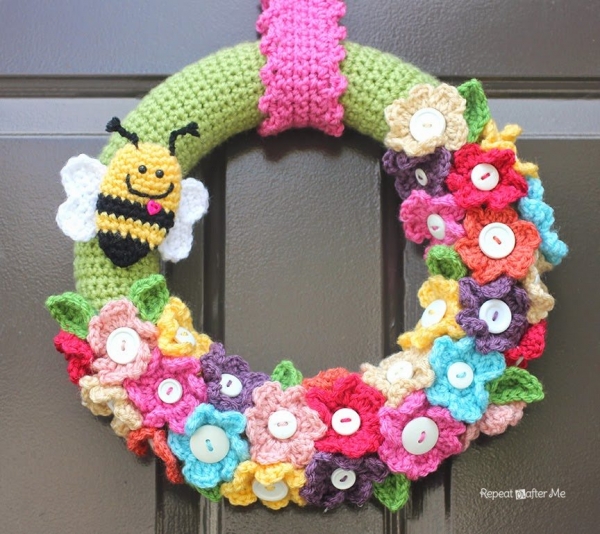 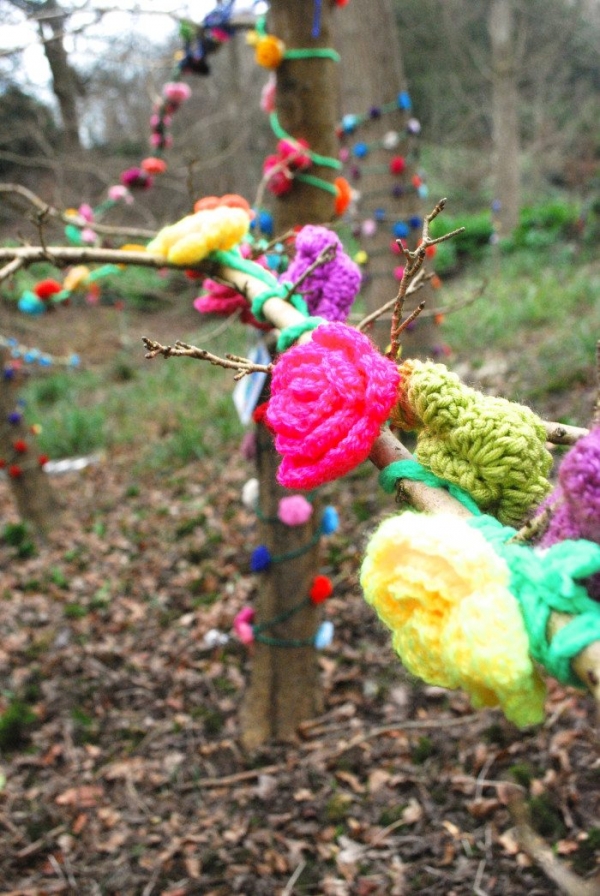 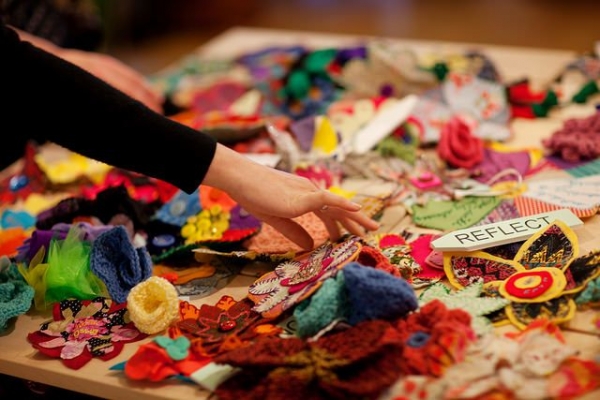 “Last week, the ever-inspiring Craftivist Collective launched their #wellMAKING garden at London’s Toynbee Hall, featuring over 750 knitted, crocheted and sewn flowers. The aim of the six-month project was to get people thinking about the nature of wellbeing, using craft as a reflective tool. The flower theme was chosen because, as founder Sarah Corbett says, ‘Craft helps you bloom.’” – via @molliemakes @craftivists 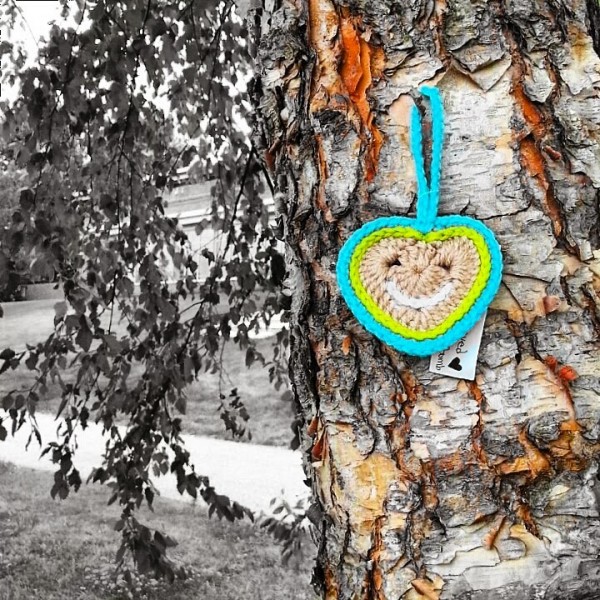 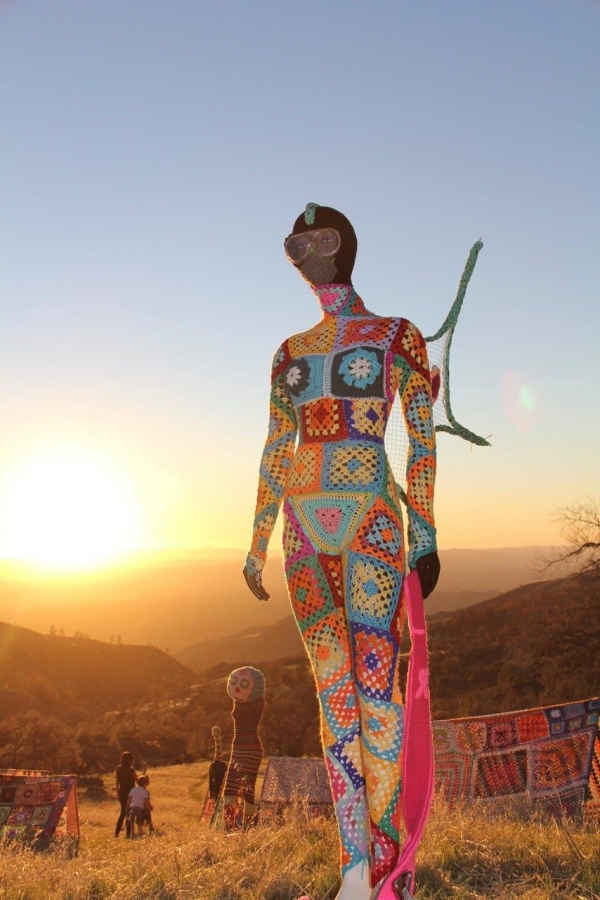 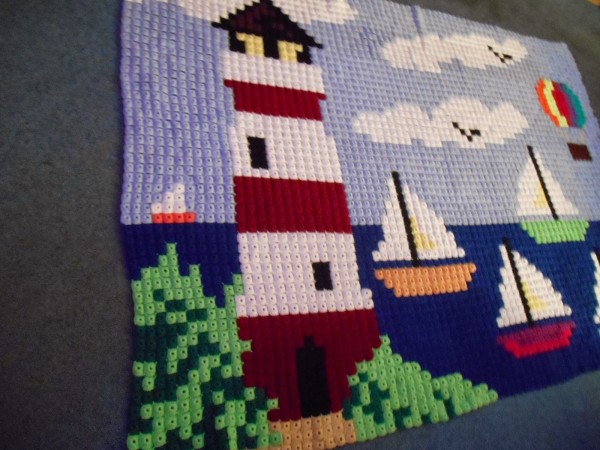 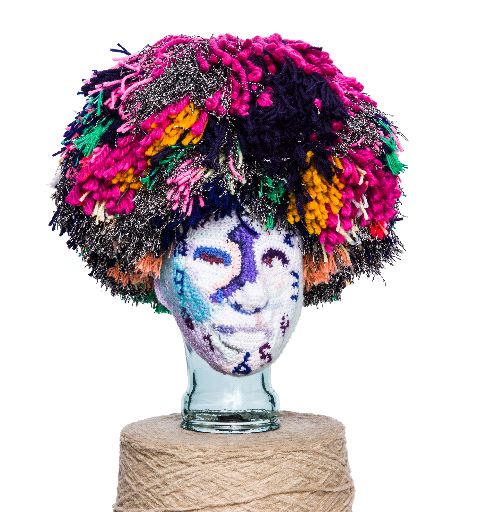 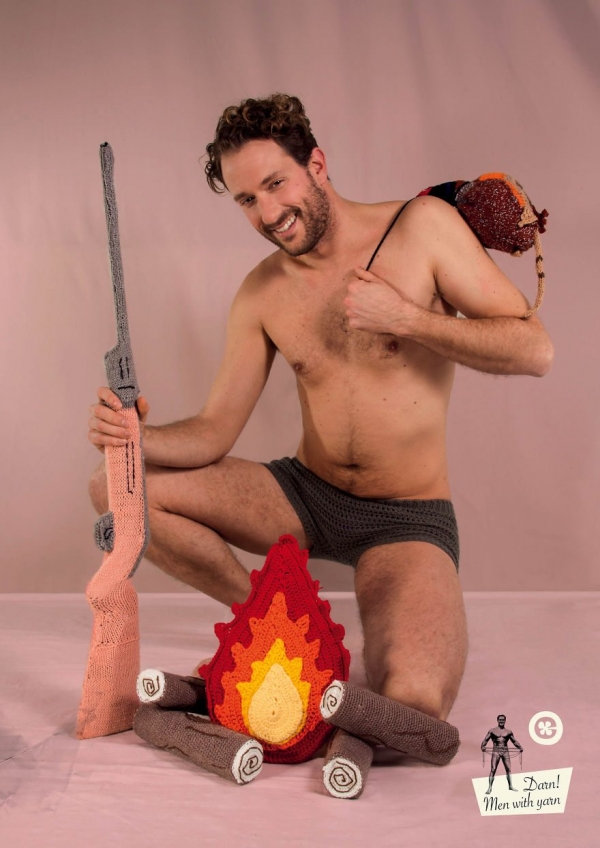 Darn! Men with Yarn pinup calendar via Bored Panda. Reminds me of the old roundup of hot men in crochet cowls. 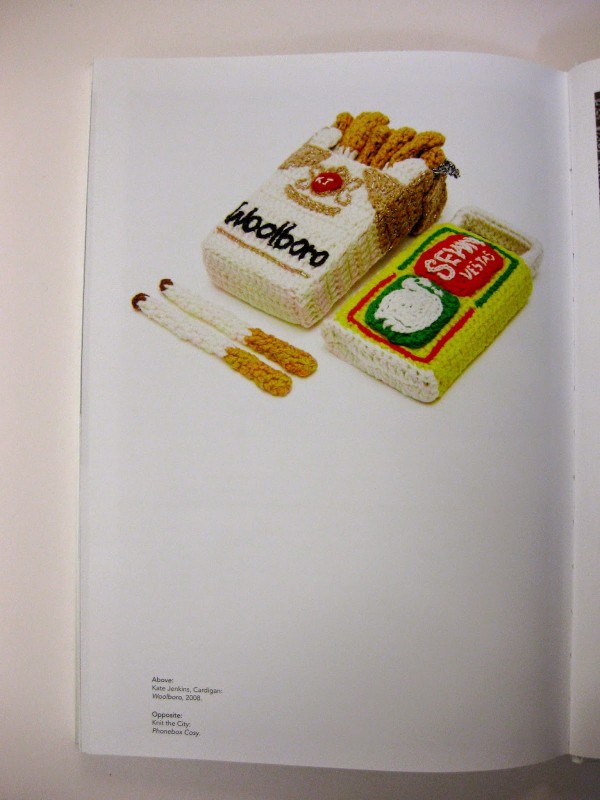 Crochet cigarette art by Kate Jenkins has been published in The Graphic Art of the Underground: A Countercultural History

. Jenkins has had some good press lately including in @molliemakes, The Sunday Telegraph magazine Stella and Malatinta magazine (@malatintamag). She also worked on these crochet sequined lips as a Valentine’s commission: 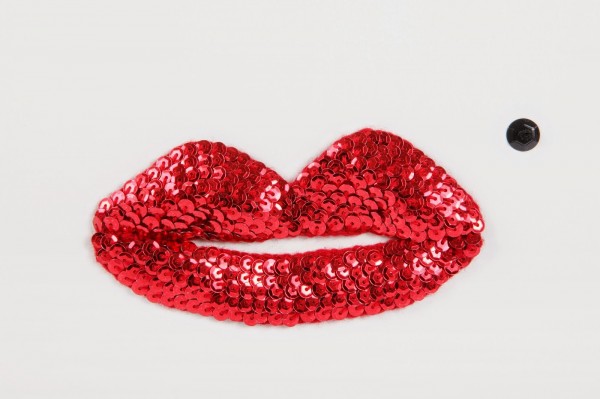 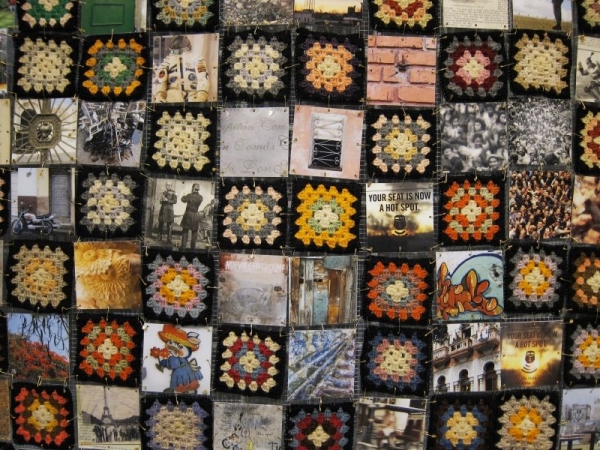 This is an older piece but I was just going through my bookmarks and rediscovered it. It’s a mixed media crochet piece by Colette Gaiter called “With Minimal Concern for Safety“. Gaiter writes, “I am combining crochet, photographs, appropriated media
images and Twitter. The anachronistic practice of crochet allows creating something
from a single thread. Its repetitiveness and required dexterity are the opposite of
digital practices that rely on metaphor and efficiency to accomplish tasks in a virtual
way. Twitter is a thread of mostly unrelated thoughts that add up to something
intangible. The images and photographs are the crossover media that move easily
between object-based (printed) and ephemeral (online) representations.” 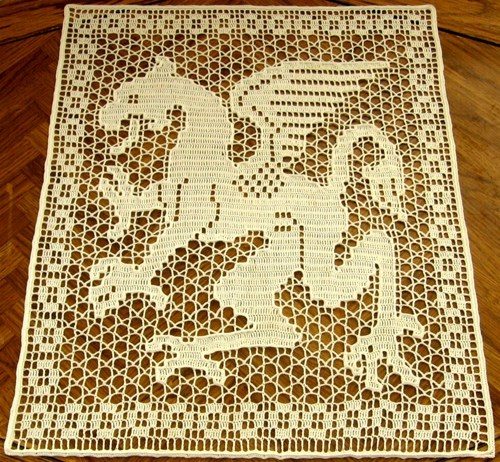 Resobox Gallery had an exhibit of 4000 amigurumi contributed by over 140 artists from 32 different countries; spotted via @craftgossip 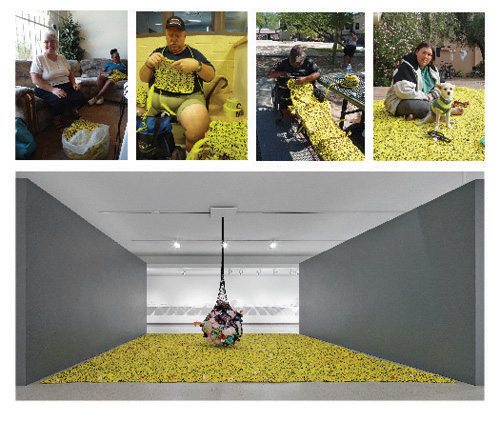 Crochet caution tape by Ann Morton working with Arizona Organizing Project, a project to get homeless people out of the heat

Crochet art by Esther Traugot who shares: “I cover objects of nature with crocheted threads in an attempt to “prop up” or “put back” what has been abandoned, broken. As bandage or cozy, these support structures investigate the relationship between nurturing and controlling nature. The meticulous act of crocheting mimics the instinct to nurture and protect what is viable, what is becoming precious.”

1 thought on “30 Beautiful Examples of Crochet As Art”