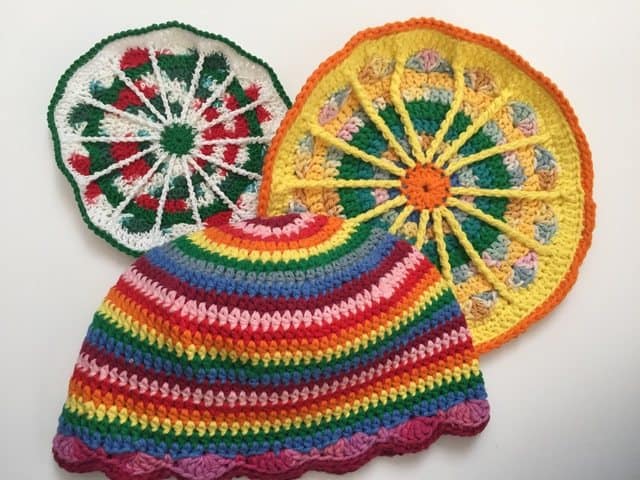 Ruth Sandra Sperling, who blogs at RSS Designs in Fiber (and can be found @rssdesignsfiber on Pinterest / @rssdesigns on Twitter), contributed two beautiful crochet mandalas to the Mandalas for Marinke project along with a fabulous rainbow mandala crochet hat. 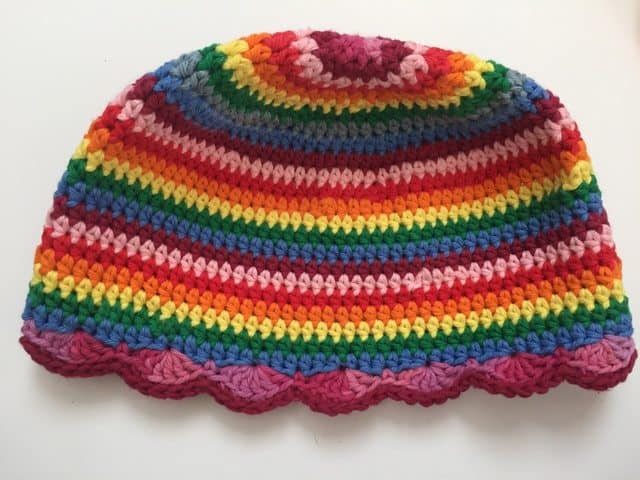 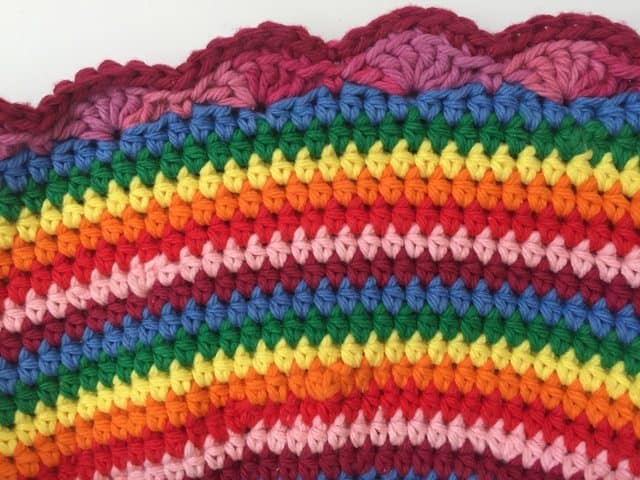 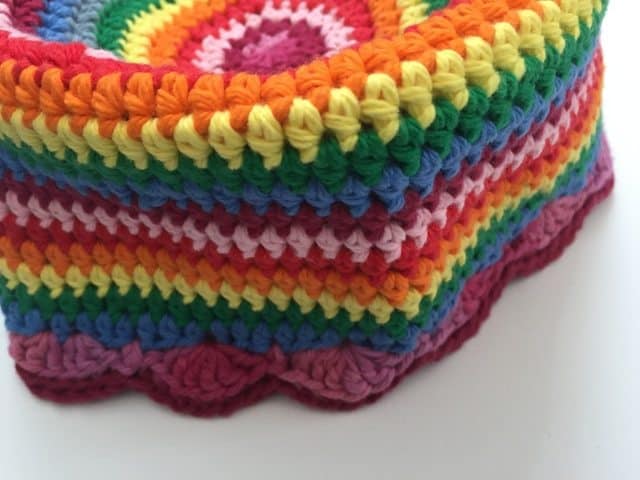 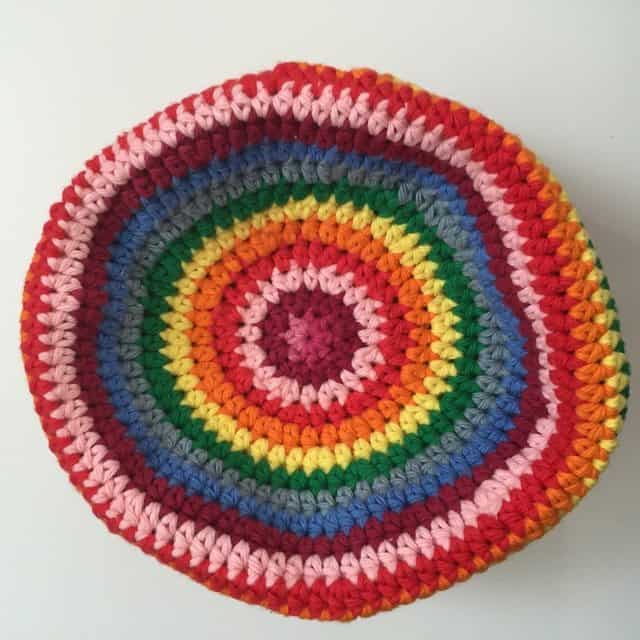 Ruth writes, “I have been crocheting as a hobby on and off since my teens – since 2002 I have donated, gifted and sold a variety of items in both yarns and threads – and I love doing it!” 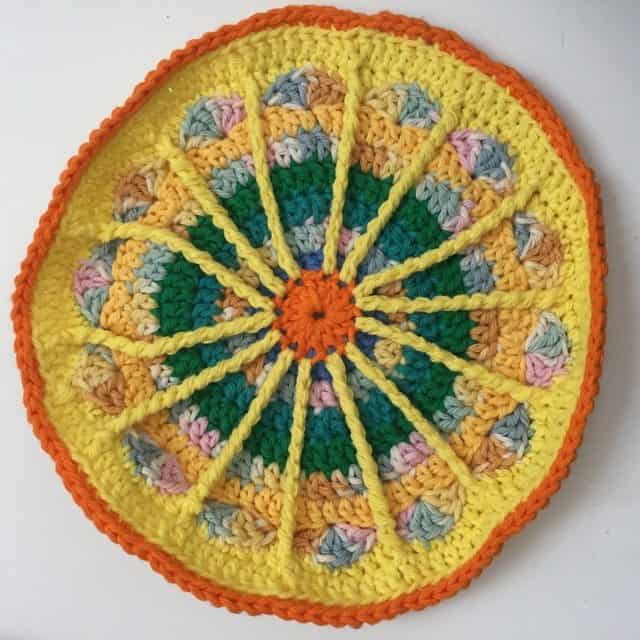 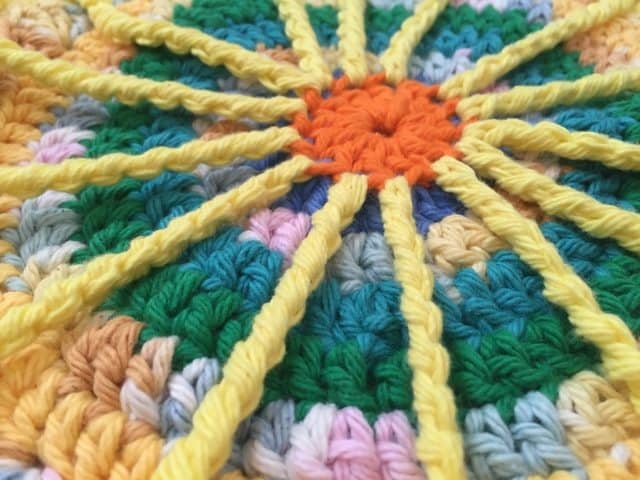 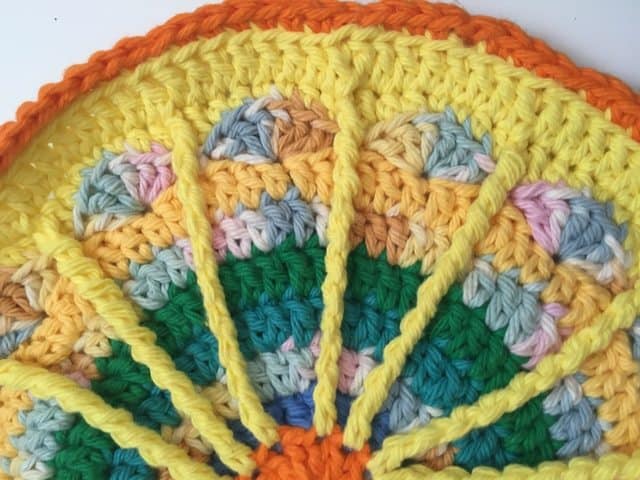 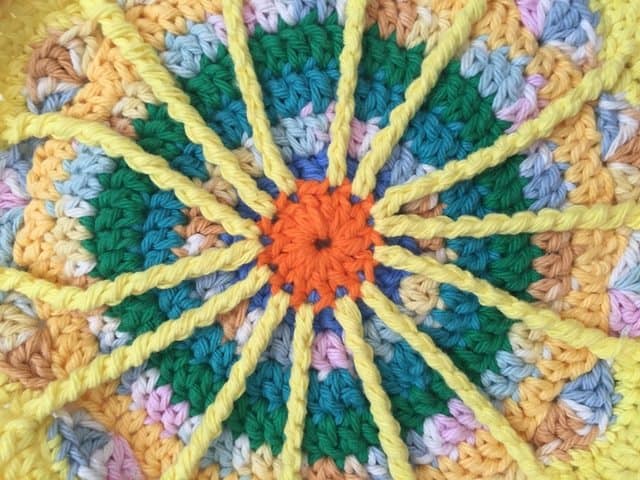 “When I saw the crochet of Marinke – “A Creative Being” – what first came across was all the colors! I wondered how – in her multicolor mandalas – she decided the order of the different colors! I love to work with colors in the crochet I do, and I decided to do some of her mandala patterns in the colors of my choice for Mandalas for Marinke. I think the project is good because it is positive and a validation of Marinke’s creativity.” 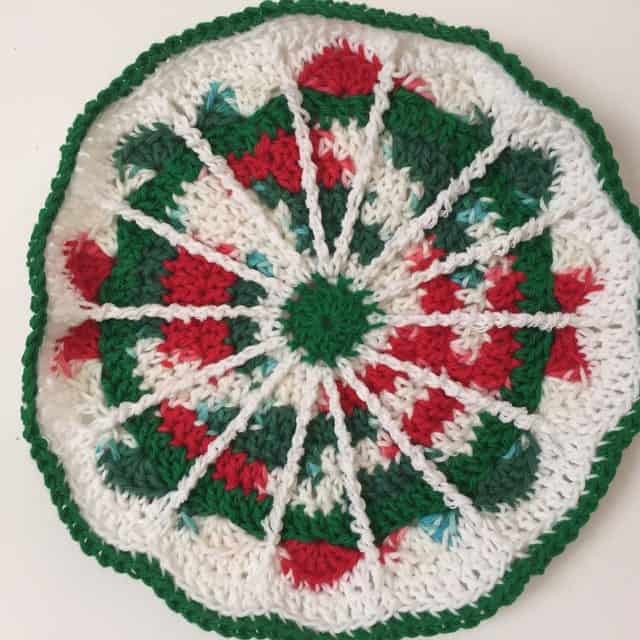 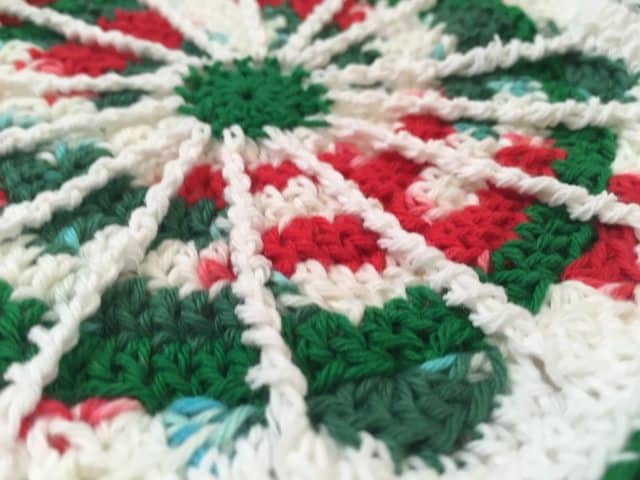 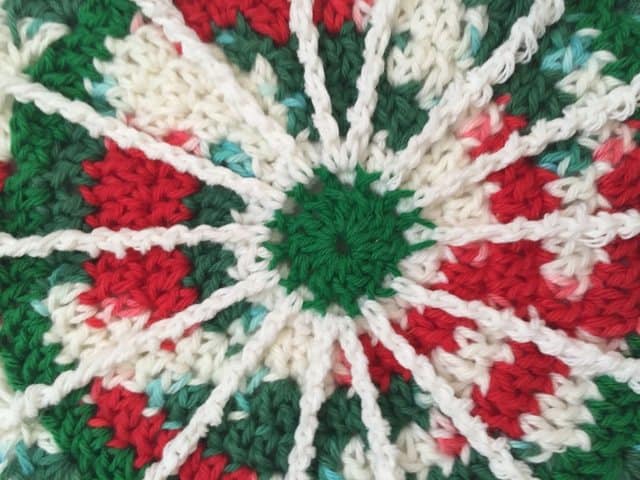 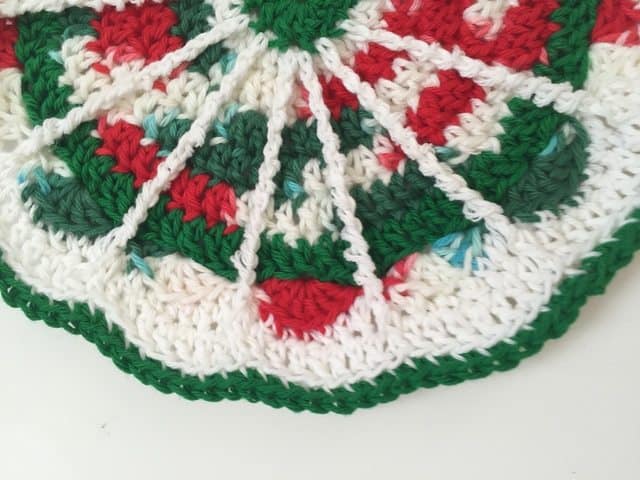 Visit all Mandalas for Marinke posts, not only to see beautiful crochet mandalas, but also to learn more information about mental health issues including depression.