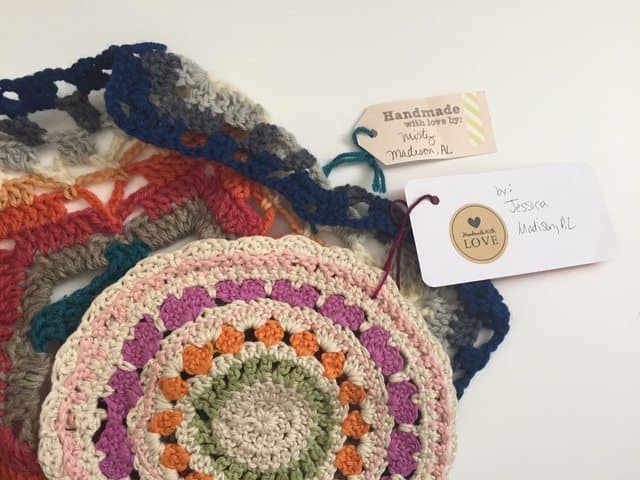 These two crochet mandalas come together from Madison, Alabama. One is from Jessica who writes, “I chose Marinke’s hearts mandala pattern in order to send a little extra love into the world.” The other is from Misty who reminds us, “Depression lies.” 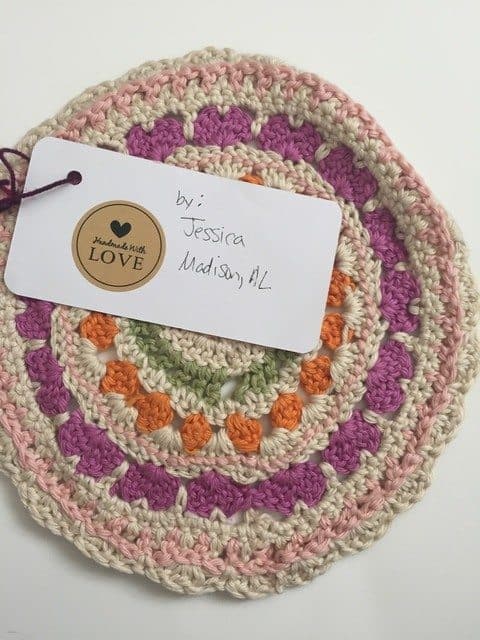 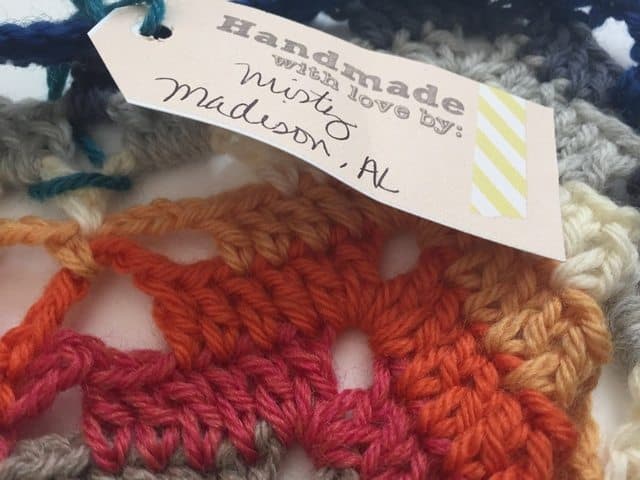 I mentioned in a previous post that Jenny Lawson of The Bloggess has a section of posts called “Depression Lies“. Here are a series of quotes from her that also utilize this same phrase and help to illuminate the experience of living with depression. 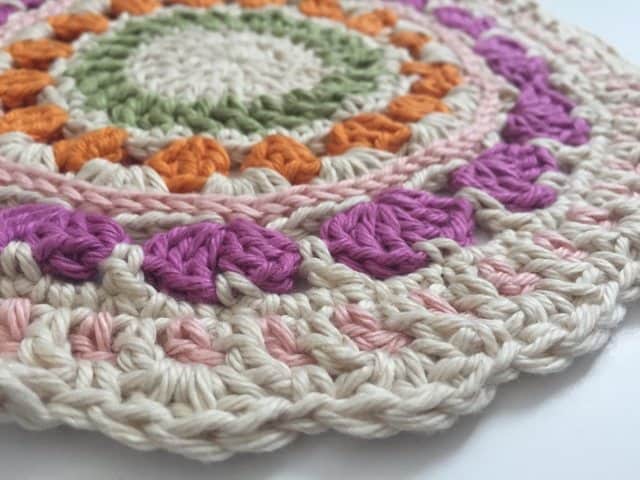 “Depression can be crippling, and deadly. I’m lucky that it’s a rare thing for me, and that I have a support system to lean on. I’m lucky that I’ve learned that depression lies to you, and that you should never listen to it, in spite of how persuasive it is at the time.” – The Fight Goes On 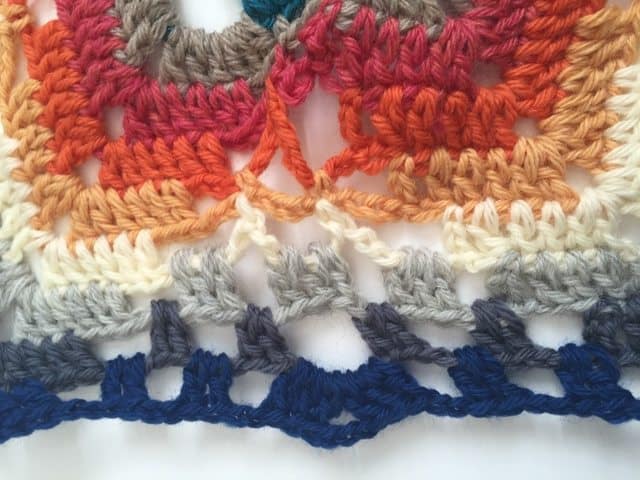 “Millions of people struggle with suicide and depression and mental illness. We keep taking pills. We keep talking to shrinks. We keep each other alive. We remind ourselves that depression lies. We keep breathing. And eventually the clouds metaphorically part and – as if by magic – we get a blast of normalcy and remember how amazingly wonderful it can be to feel life instead of suffer from it.” – I’m Coming Out Of This. Eventually. 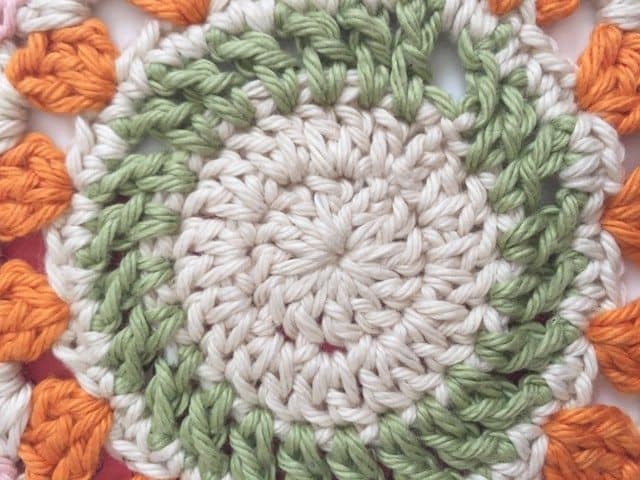 “I know how incredibly difficult it is to fight for your own mental health when depression lies about how you aren’t worthy of that help, and I know how hard it is to find good mental health in America when you barely have the strength to get out of bed.” – Today and forever. 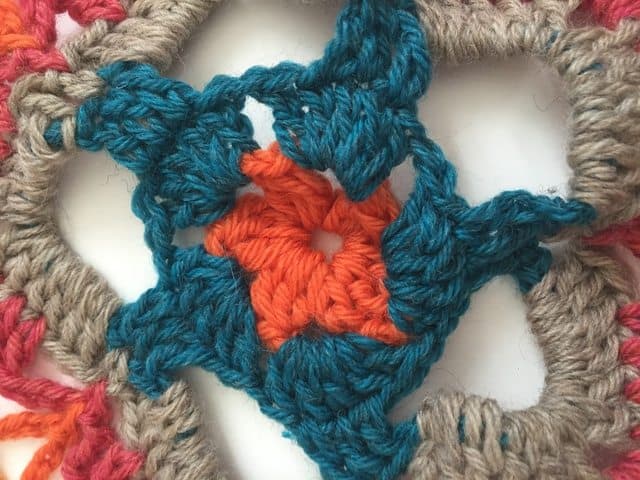 “I thought I was alone. But I’m not.” And that – that sense of community – convinced them what their mind could not…that depression lies. That you can find help. That therapy and medication and support can change lives.” – It comes around. And around. 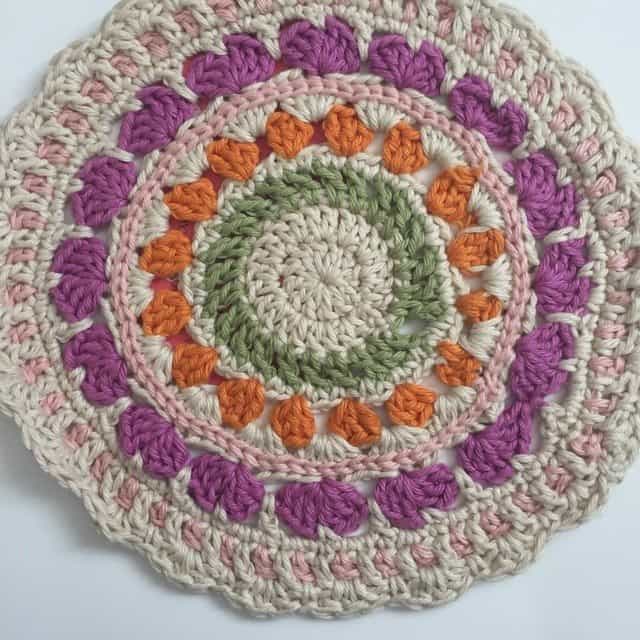 “I’ve learned I’m not alone even when I feel completely isolated and like a failure. I’ve learned that depression lies. I’ve learned that when I’m not affected by my fucked-up brain chemistry I can see that my brain is not to be trusted so I write notes to myself when I’m out of the hole to remind myself that I’ll be okay again soon.” – mental health month post 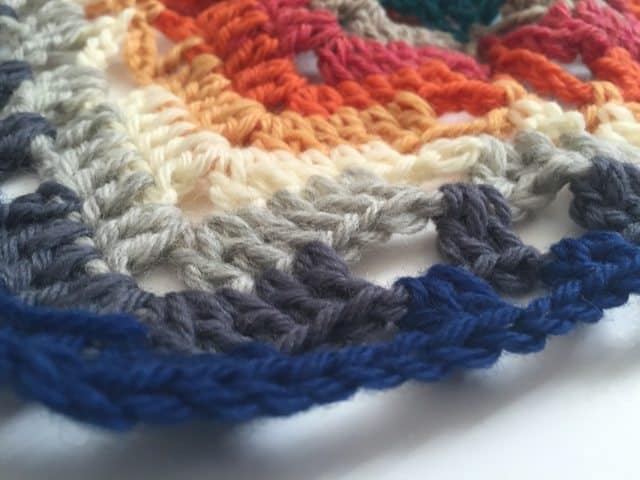 “There are many things I could say here but there’s one thing that I hope you hear completely if you are one of us…one of the strange people who feels things too strongly…one of the people who battle with a brain that tries to kill you…one of the people who has to remind yourself that depression lies. It does. But I’ve said that before. This, however, is new: One of the things that always saves me when I feel the deep isolation that comes with depression is the thought that I’m not alone – that so many amazing people are in this same dark place. And they feel alone but they aren’t. I’m with them. Sometimes you’re with us too. You might not be able to feel us here because your brain has robbed you of the ability to feel (or to not feel) but that doesn’t mean it isn’t true. You are here. You are needed.” – You are home. 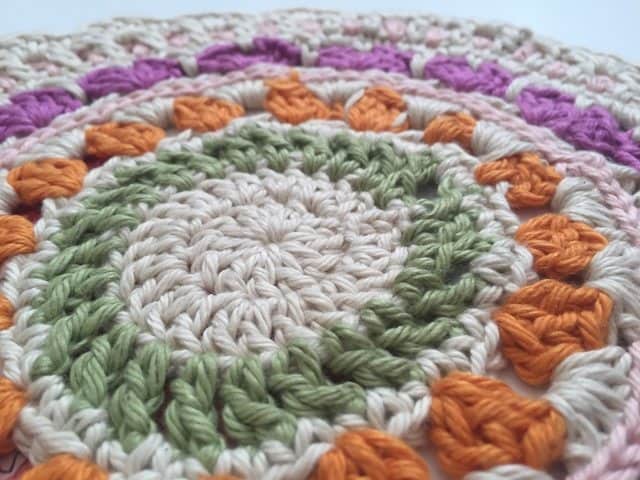 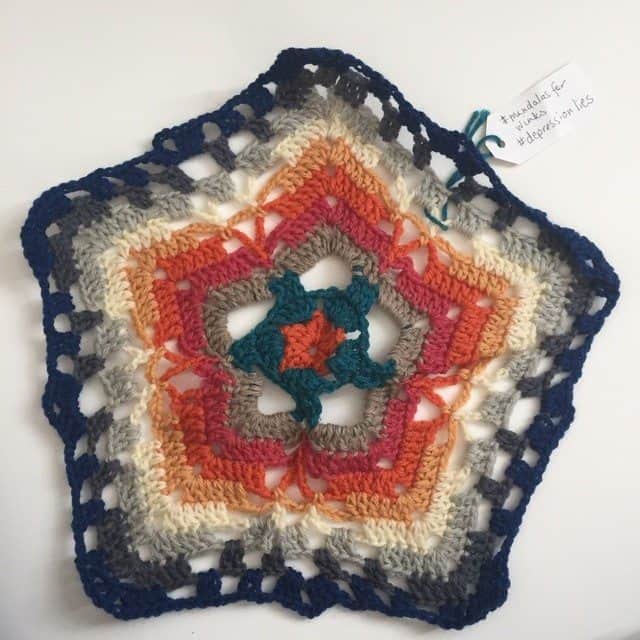 “I know depression lies. I know that mental illness is a small part of me that makes me who I am. I tell myself that when this lifts I will feel again and that it will be amazing. I don’t “know” it because my mental illness also causes illogical doubt, but I know that I’ve been in this hole hundreds of times before and that every time I come out with a few more tricks on how to deal, so mathematically the odds are in my favor.” – Strange and beautiful 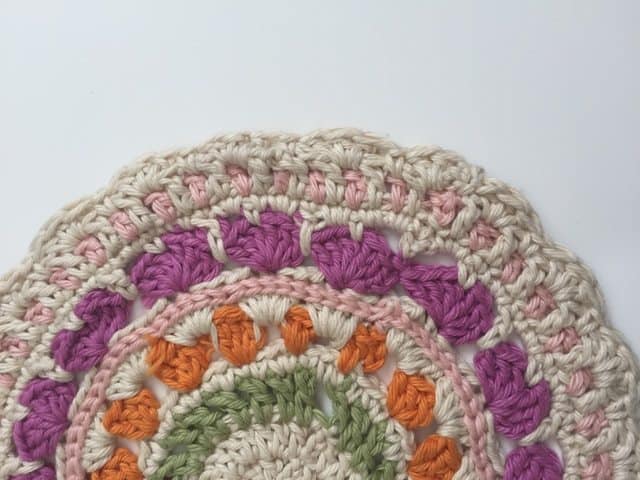 And Jenny writes … “The words that help me make it through are “Depression lies.” 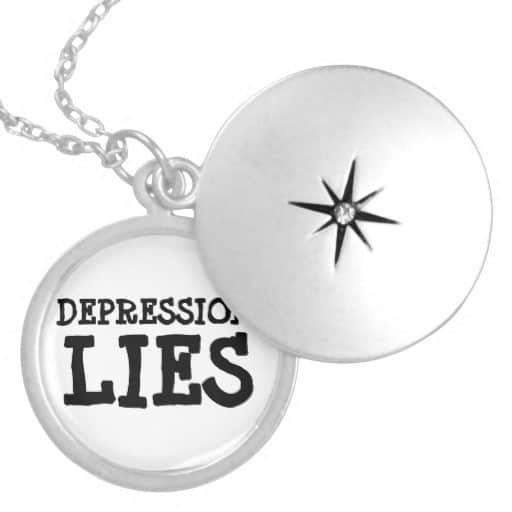 And she sells “Depression Lies” jewelry for others who need that reminder.

See all Mandalas for Marinke here.