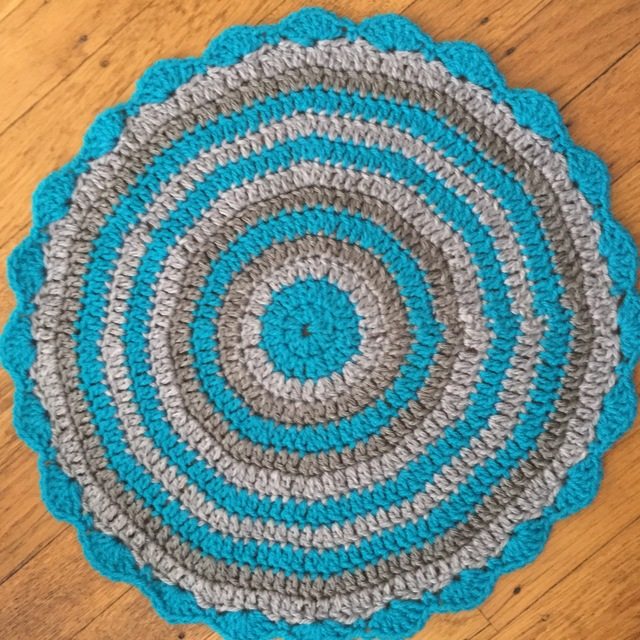 There is such simple beauty in the colors of this crochet mandala – light and dark grey with the bright blue, reminiscent of cloudy skies that still have beautiful moments. This one is by Claudia Carpenter of Crochet Luna. 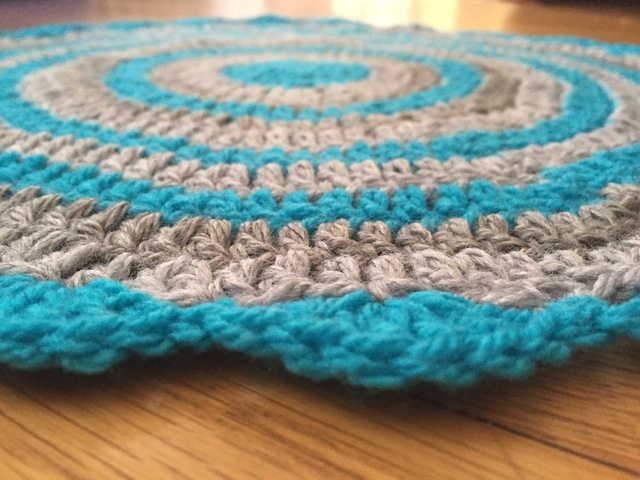 “I crochet from my home in Southern California. I have a love for all things crochet and hope to one day open one of those delicious little LYS.”

“Crochet creations made with love and a passion for beautiful colors!” 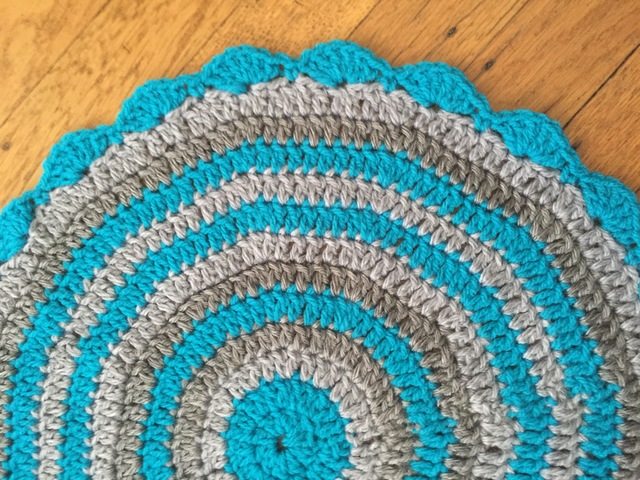 On her blog, we learn more. She writes, in part,

“I am a happily married mother of two wonderful kiddos. I am embarking on a new phase in my life where I will be embracing my love of crochet, art, and the creative process. I’ve always enjoyed looking at art, reading about it, and making it when time allowed. Sadly, there hasn’t been much time for art making these past few years but that’s about to change!” 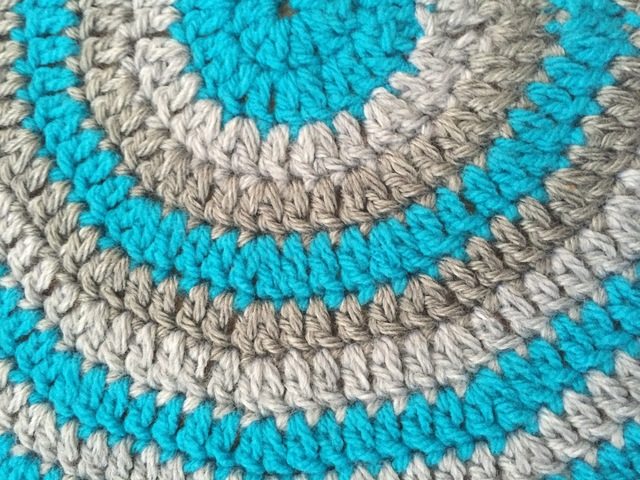 The letter with her mandala reads,

“Thank you for the opportunity to contribute to such a beautiful project. There is a real sense of community when our love for crochet can bring us together to send a message of hope and healing to those who are touched by mental health issues. I have dear family members that struggle every day with these issues, and it is time to de-stigmatize them and do all we can for those who are suffering.” 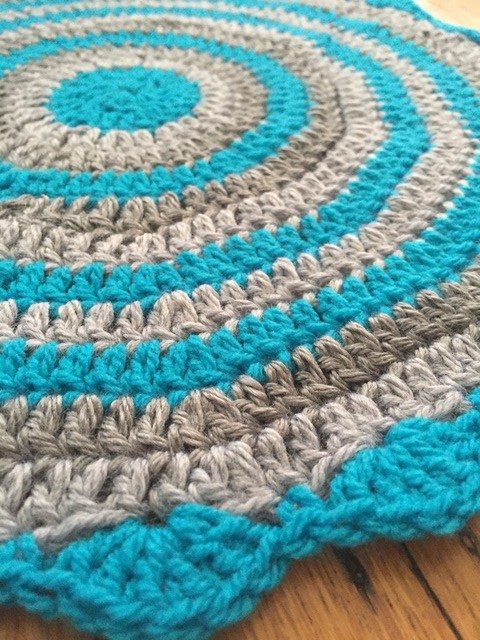 For the depression awareness portion of this post, I wanted to share that I was really impressed with how this season of Teen Mom illuminated some of the issues of depression that both Catelyn and her husband Tyler have gone through over the years.

In one episode, Tyler mentioned his suicide attempt to his father, who hadn’t known that it happened since he was in and out of his son’s life; the attempt happened at age 12 and failed only because Tyler didn’t know the logistics of how to hang himself. What I liked about the way that this was brought up was that it didn’t appear staged or dramatized, as we often seen on television; he mentions it and his father is surprised and then it kind of passes, which I’ve seen happen in real life. Families don’t know how to talk about these things so there often isn’t some big therapeutic moment; a major issue like suicide gets brought up and then dropped and then maybe discussed more fully down the line after the family members have had a little time to process what was said. Or maybe it’s never brought up again. Families with mental health issues may not know how to have these conversations; we do it stintingly, we fail at it, we try again. But at least we are trying.

Catelyn and Tyler are great examples of kids who grew up with difficulties and struggle with the ramifications of that. Catelyn speaks openly about her depression and anxiety, which get an unfortunate new life in the form of post partum depression after her second child is born. What struck me most about her story is how she repeats that she doesn’t want to keep living like this, cycling back through the depression and anxiety again and again. The anxiety is bad but it’s the anxiety about continuing to have the anxiety that’s worse. I know that from my own depression; each bout felt worse than before because it had an added layer of “not this again, will I always experience this?” that made it even more unbearable. Both of these young adults have worked through many, many issues in therapy and seem to have a lot of support, and they’ve transcended their upbringing in many ways, but they continue to struggle with these issues and I think the show was successful this season at sharing some of the reality of that in an honest manner.

This post is part of the Mandalas for Marinke remembrance project.