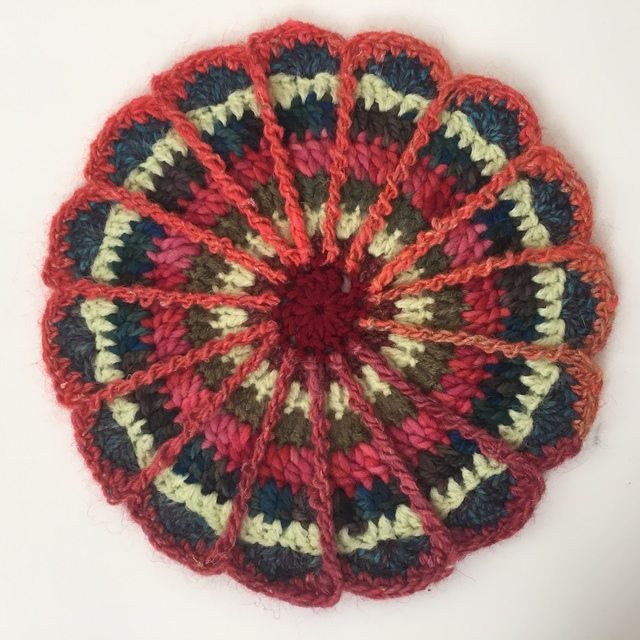 Thanks to everyone who has participated in the Mandalas for Marinke remembrance project. Yesterday was the deadline to get your mandalas in the mail, although a few private extensions have been granted. If you’re already working on mandalas or you just really feel driven to participate, please contact me privately (kathryn.vercillo on gmail) and we’ll work it out. Other than those exceptions, participation is now closed. But that doesn’t mean our daily posts are coming to an end. Far from it. I still have well over 100 contributions to share with you!

See all Mandalas for Marinke here 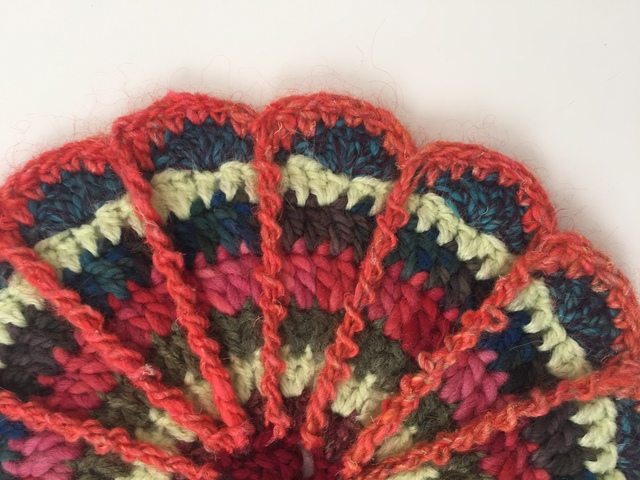 Today’s beautiful crochet spoke mandala comes from Mackenzie in Ohio. She didn’t share any more information about herself but her terrific work speaks for itself. Those colors speak to me of sunsets and gardens, of the four elements, and the wool is fabulously fuzzy and soft to the touch. 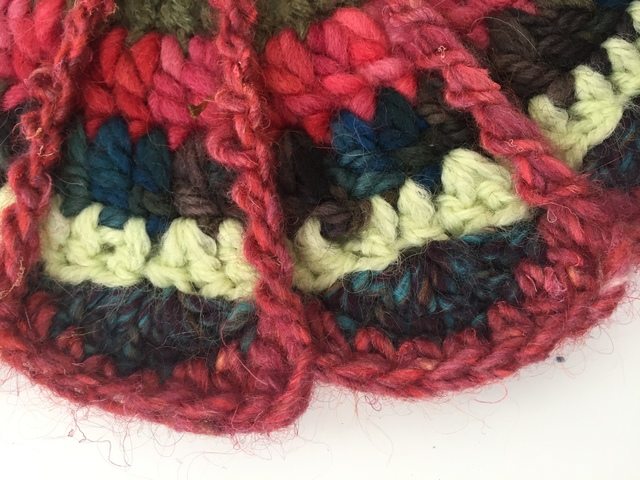 For the depression awareness piece of this, I wanted to share the work of spoken word slam poet and artist Jamie deWolf, whose work I saw yesterday as part of a magnificent circus arts performance and whose words touched me so, so deeply. He writes personal, authentic, from the heart of life pieces that really pierced through me. He shared his own history of abuse, a past including psychiatric hospital stays and suicidal tendencies. His final piece last night spoke to the beautiful power of art in helping him to overcome the urge to die and instead find a way to live. 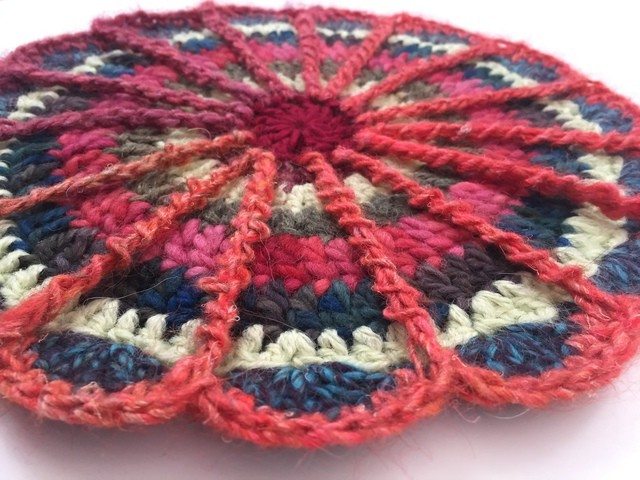 I can’t find that specific piece online (I suspect it’s a newer piece) but there were several others that I loved, including Rebels Without Applause and Exit Interview. The latter is about being committed for a suicide attempt and it begins with a line that stood out to me so much I pulled out my phone to write it down as soon as I heard it:

“Attempting suicide is the only failure that’s a victory in itself.”

Instead of sharing one of his pieces (although I encourage you to explore all of it), I wanted to share a filmed poem that he directed and shot as part of the Off/Page Project, a collaboration with Youth Speaks where Jamie is a writing mentor (a topic he writes about in Rebels Without Applause). This piece by Gabriel Cortez is about youth in solitary confinement in detention, a condition with many, many social and psychological implications, and relative to this project in regards to the relationship between mental health and incarceration, particularly as it impacts a young generation.

And this one about teens who self-medicate their depression and other mental health issues with drugs and alcohol … written and performed by Ben Grenrock for the Write Home project, which provides creative spaces to homeless youth, directed and filmed by Jamie DeWolf.