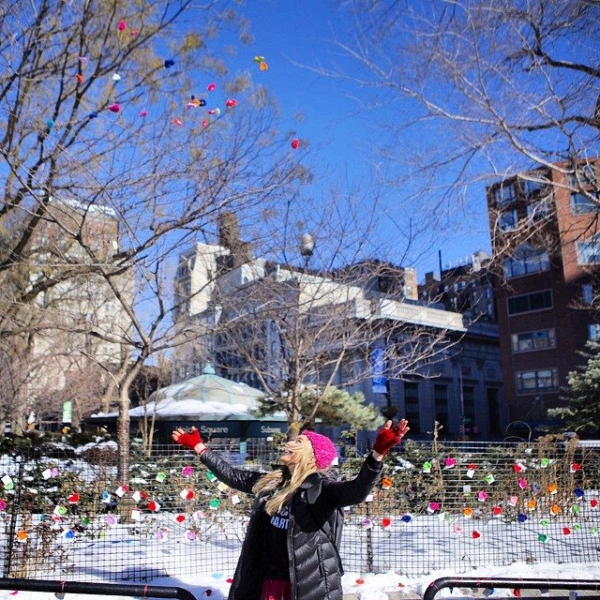 Yarnbombing is often called a feminine, friendly form of graffiti but it doesn’t usually like the kind of graffiti that most people are familiar with. Yarnbomb artist London Kaye really brings the street style into her crochet work with graphic images that represent some of the best aspects of different styles of graffiti art, all completed with yarn. I love her sense of artistic beauty and I’m hardly the only one she’s collaborated with some major name brands and partnered with various designers. 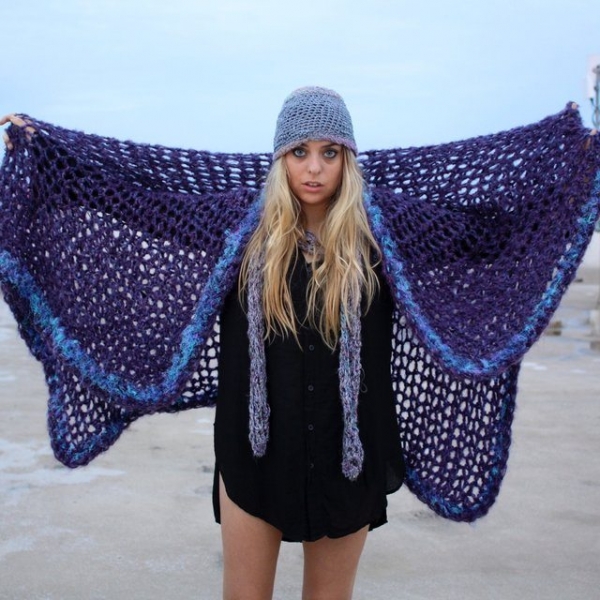 London Kaye is a beautiful artist whose childhood as a classically-trained dancer can be seen when she moves. She learned to crochet at the age of 13 but really dove into the craft with yarn bombing after she graduated from NYU. She made a name for herself after collaborating with designer Tia Cibani, and since then has had creative partnerships with Michael’s, Starbucks and Isaac Mizrahi, among others.

The best place to see the latest in London Kaye’s crochet street art is her Instagram account @londonkayecrochet, which I follow diligently. Some recently Instagrammed shares: 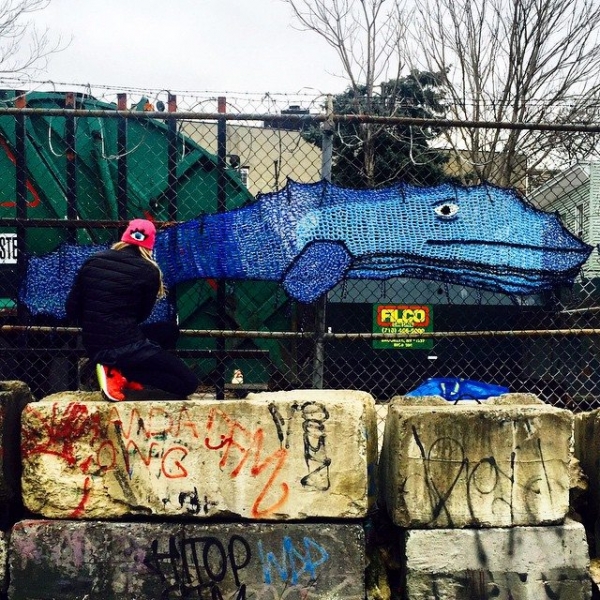 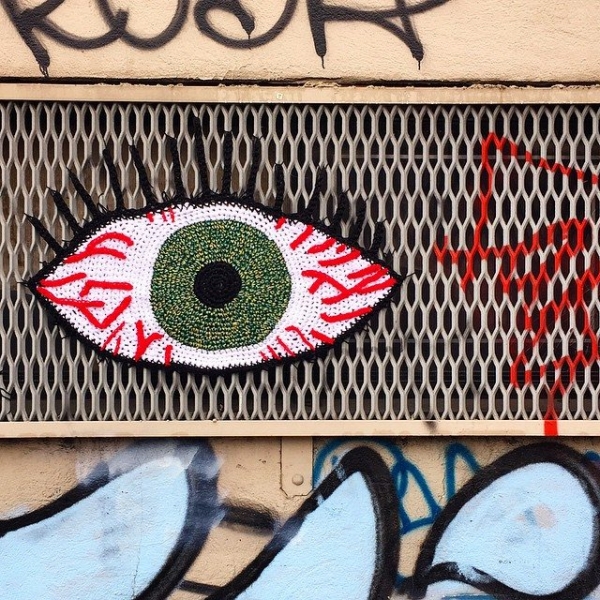 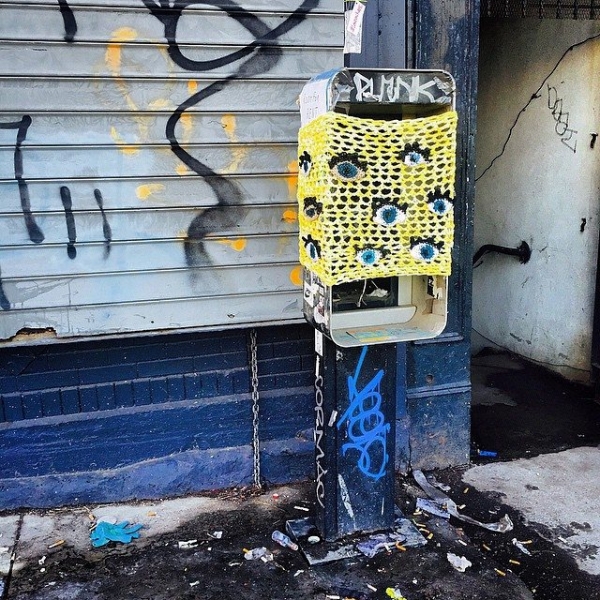 A pun for the “eye phone” 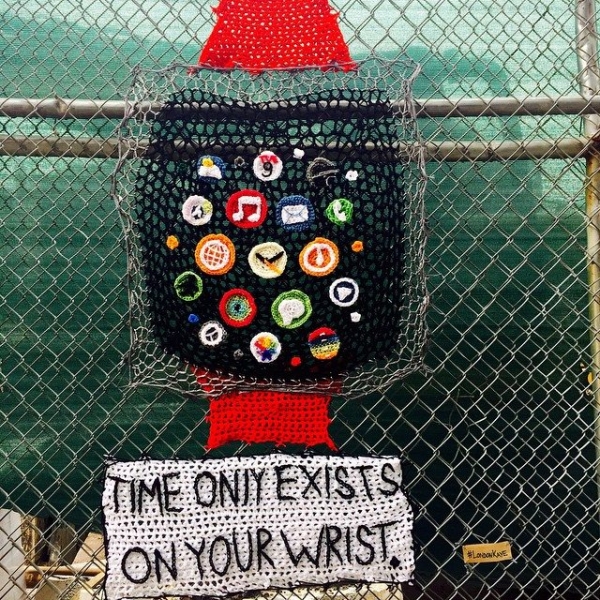 London Kaye often creates yarnbombs that reflect what’s happening in the world today – whether it’s a holiday or something like the Apple watch release. 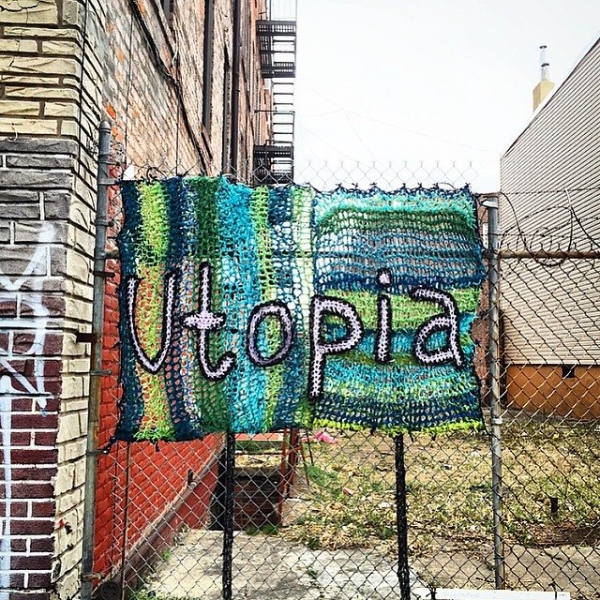 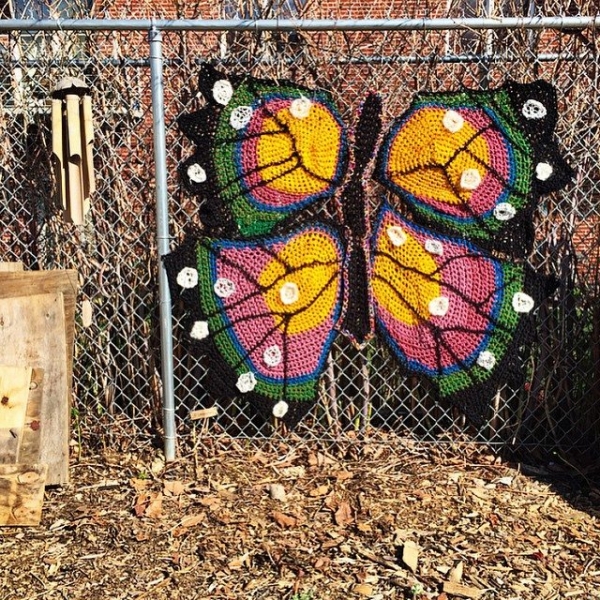 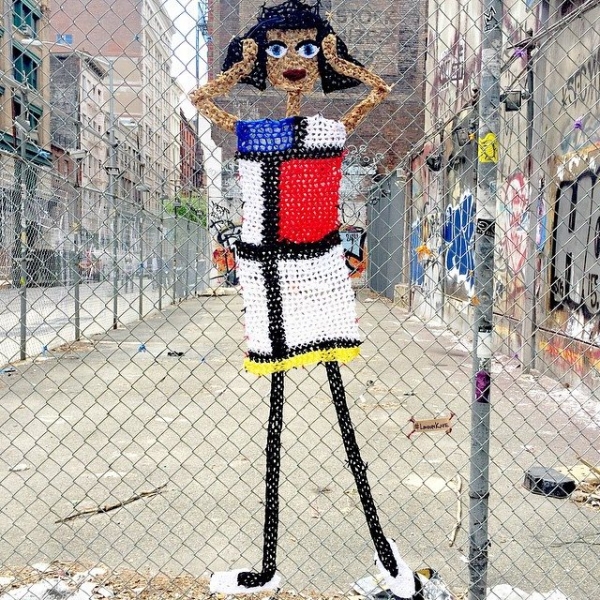 Fashion and art inspiration make their way into a lot of London Kaye’s work. This is obviously Mondrian. I also like an Anna Wintour yarn bomb she has on her Instagram. 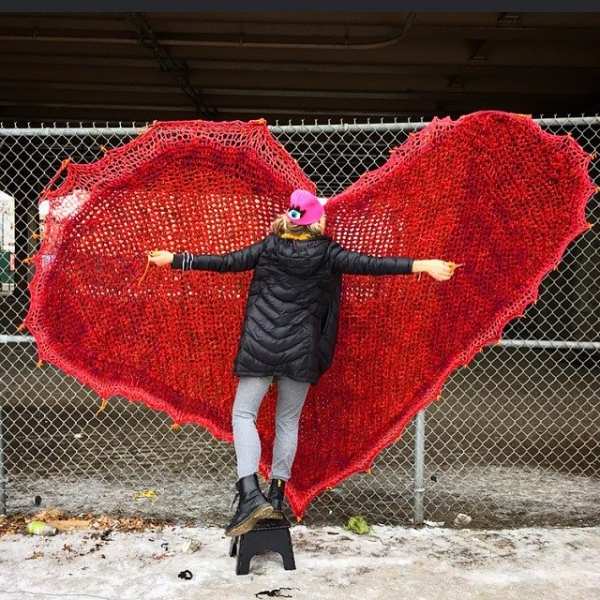 In addition to the type of work she does that you see above, London Kaye also has a project called 1000 Hearts. She shares: 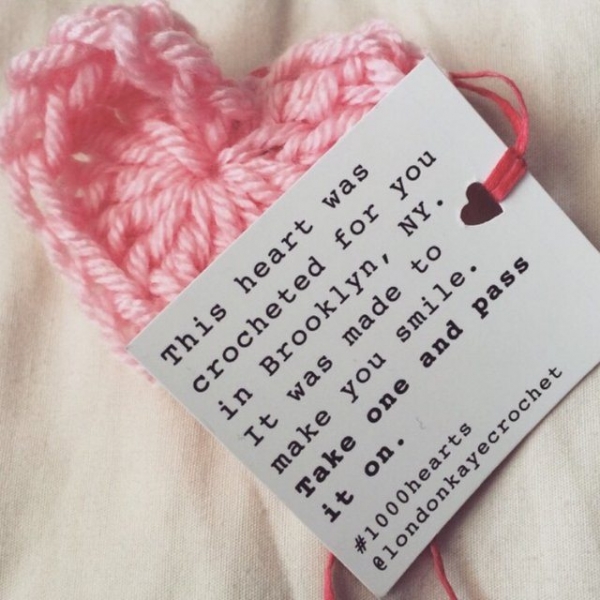 “On January 31st I spread 1,000 crocheted hearts in Union Square, and I have not stopped spreading the love ever since. I have teamed up with Depop and Knots of Love to pay it forward and make people smile.” 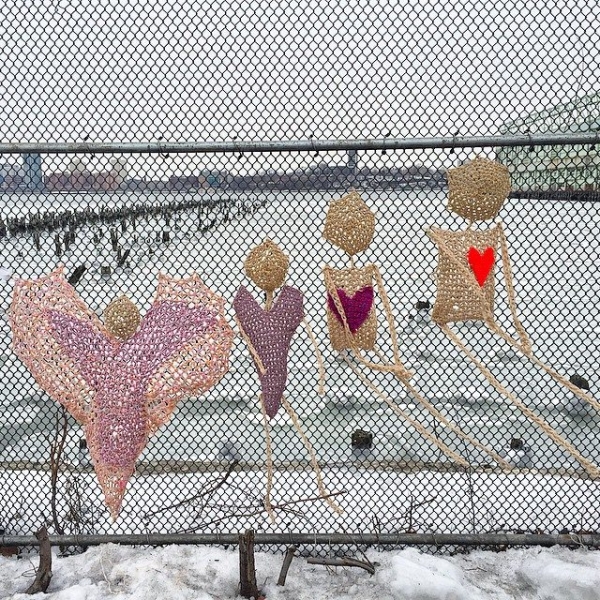 You can buy her crochet hearts in her Depop shop and the proceeds will go to Knots of Love and to making more crochet hearts to keep spreading the love. 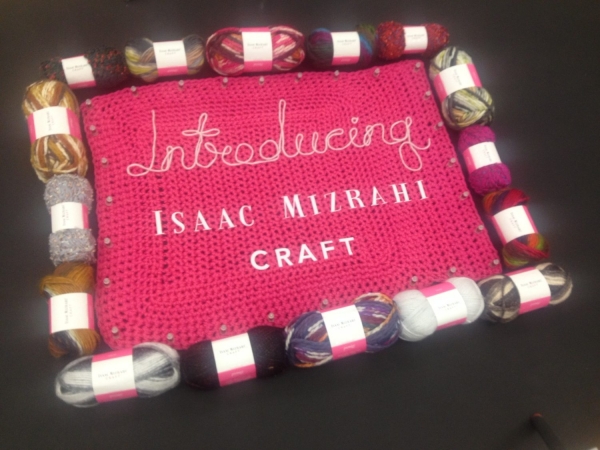 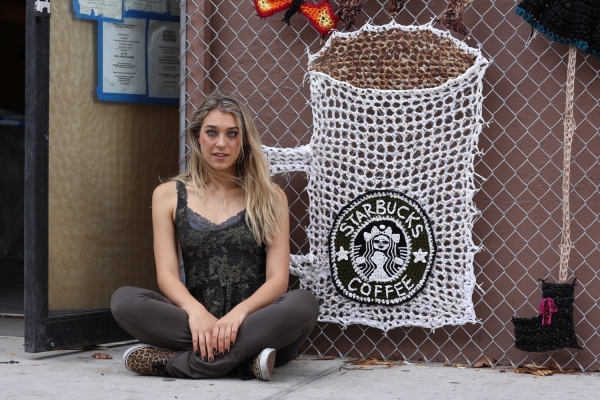 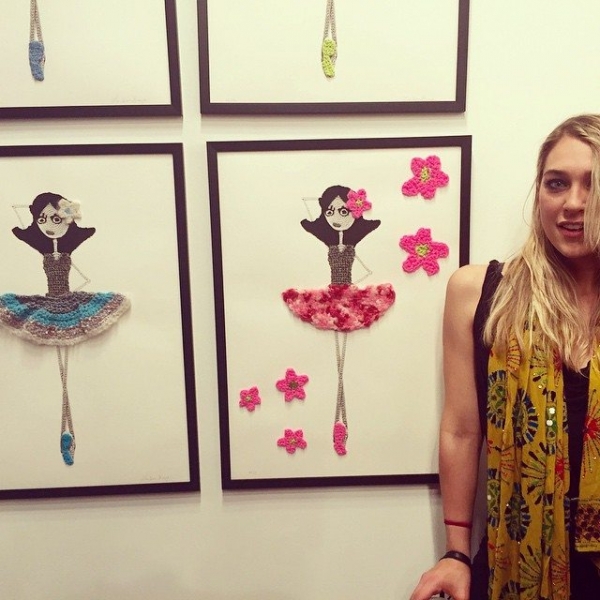 Beauty Will Save says that London’s favorite character is “a classical adorable and cute ballerina, which is kind of self-portrait” 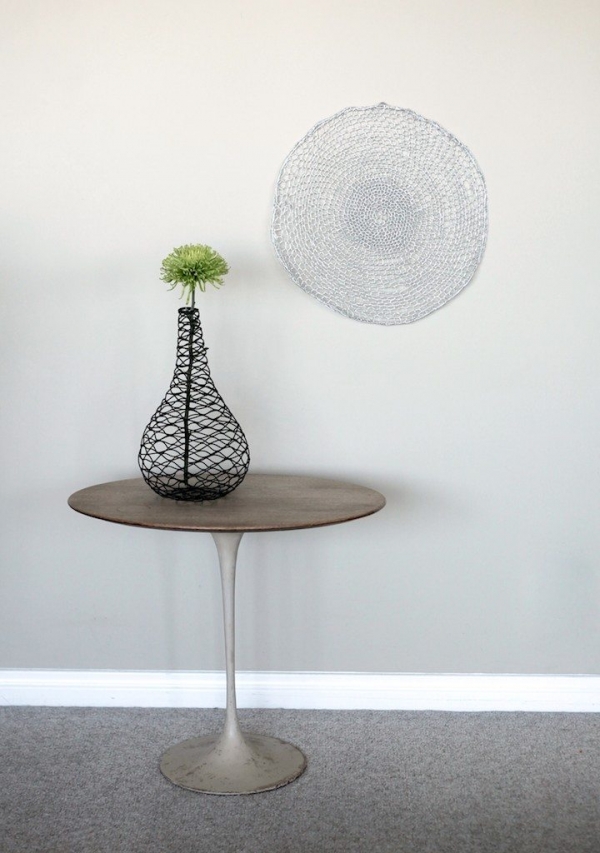 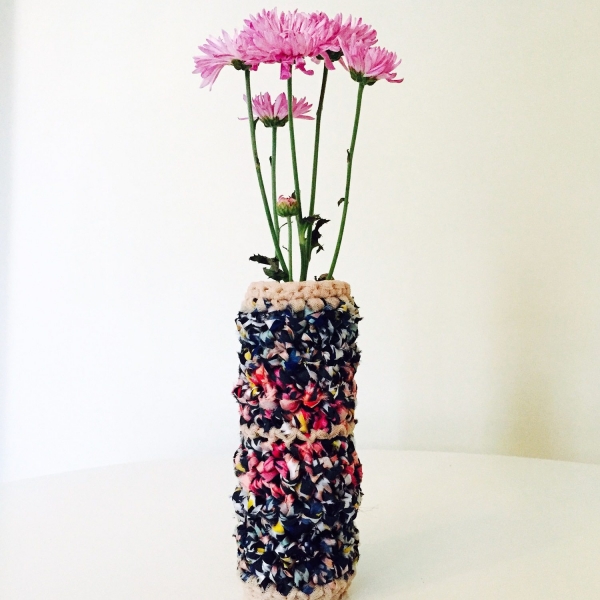 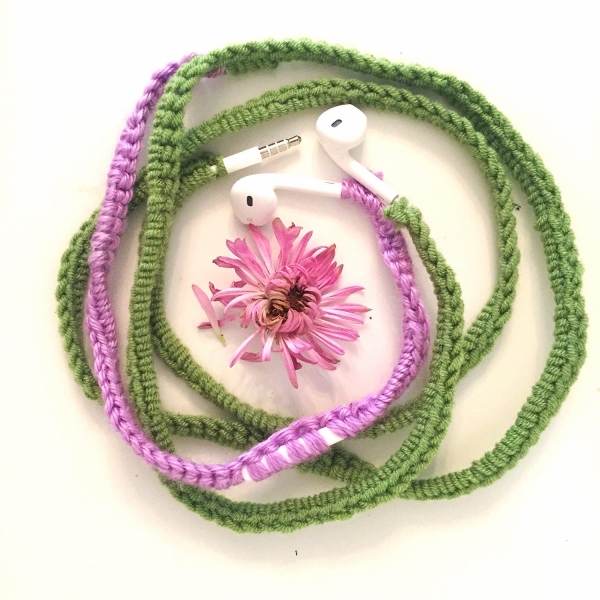 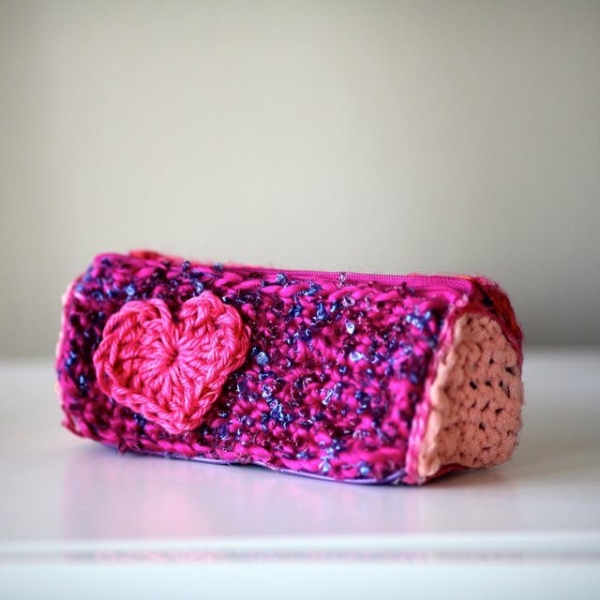 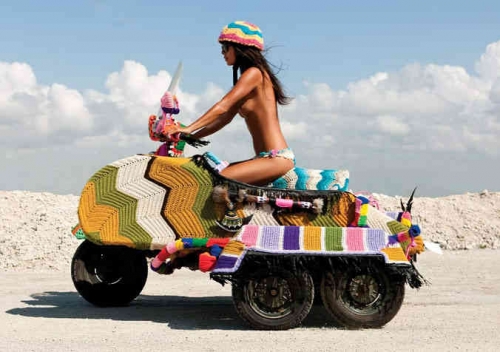 London Kaye reminds me of yarnbombing artist Magda Sayeg, because she was the first artist I learned of who had collaborated with really big brands to get knitting and crochet street style into the public eye. 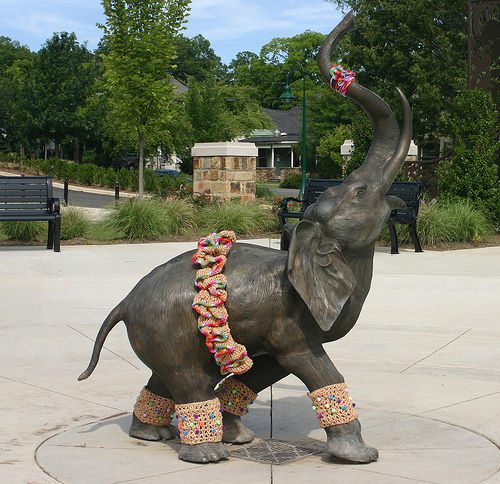 Similarly, Kaye reminds me artist Donna Rutledge-Okoro, who I previously described as “a crocheter who seamlessly moves between art, commerce and design”.

And how can she not remind me of Olek, who is probably the most famous yarnbombing artist to bring street art into galleries.