March 8th is International Women’s Day. Crochet for that! This time of year is also the time for Loughborough in Bloom, a UK flower competition that in the past has also included crochet garden art. 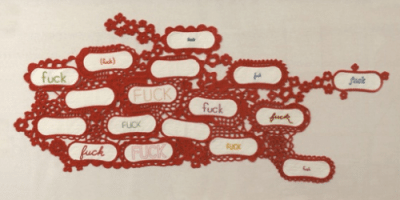 The crochet artist I profiled during this time in 2011 was Laurel Roth. I mentioned in last year’s update that she’s been working more with wood than crochet lately. She had work in multiple exhibits in the past two years, was a 2012 Artist Fellow at the DeYoung Museum here in San Francisco and was featured as one of the 40 under 40 artists by the Renwick Gallery of the Smithsonian. 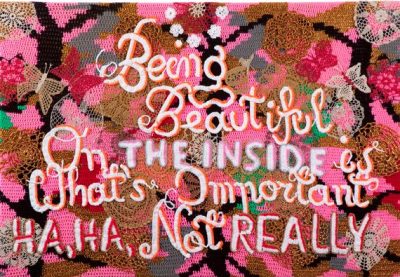 Also in crochet art at this time there was a lot of news from Olek. She had a new show. She’d crocheted a tribute to Banksy. She was hitting the headlines. At this same time the following year (2012) she was still hot with her new show wrapping up in London. Olek continues to produce terrific crochet artwork. Her latest exhibition at New York’s Jonathan LeVine Gallery closes on March 23rd; she was interviewed about it by TIME. 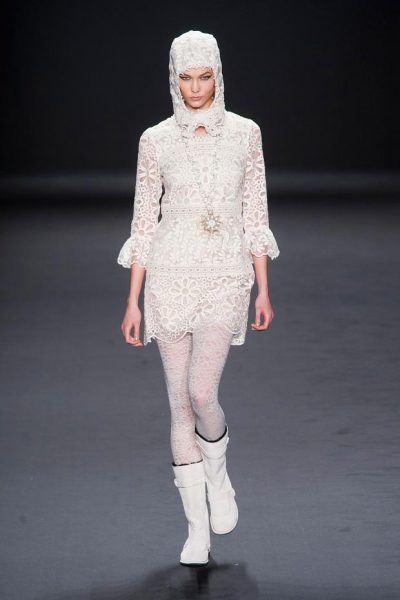 In fashion, there were some great springttime crochet looks from Anna Sui in 2011. The following year there was a great Anna Sui fragrance ad with a model who was wearing crochet. The 2011 line was inspired by the 1970’s but Anna has gone back a decade to the mod 1960’s for inspiration for her 2013 looks and there are some cute bold designs in there including the white crochet/lace-inspired hoodie dress shown above. 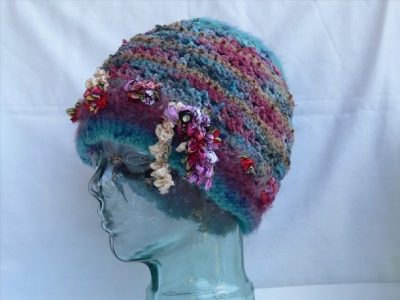 I shared the beautiful artistic hats of crochet artist Genna Miles. It’s no surprise she was included in my roundup of 100 unique crochet hats. Check out her creations further at Raggle Taggle Gypsy Hats. 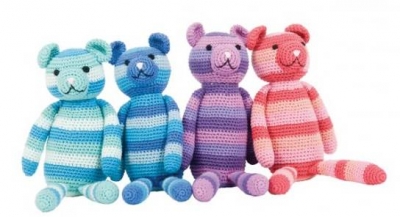 I wrote about Le Souk, a Netherlands-based fair trade crochet company supporting women in war torn countries. The crocheted teddy bears above by Danish brand Sebra are one of the crochet items they are currently offering. 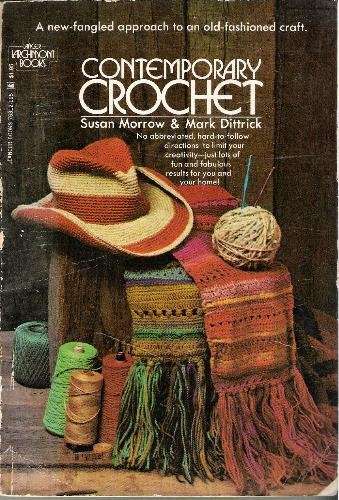 And this was the time last year when I had first discovered Mark Dittrick’s book Hard Crochet, which launched my exploration into 1970’s crochet designers, including a more in-depth look at Dittrick himself.

And now the crochet news from this week, this year … I’ve actually only got one news piece this week because I’ve fallen behind in my own research, but here it is: 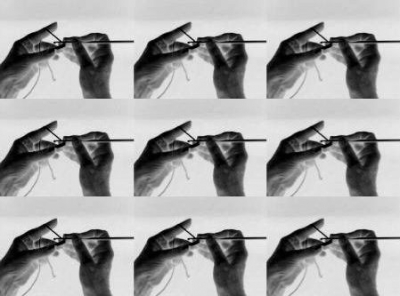 “In the past year every newborn has left Dublin Methodist Hospital with a piece of work from Maryellan Krenek. The seven-year Dublin Retirement Village resident has crocheted more than 1,000 hats for newborns at the hospital in the last year, a feat that earned her an “honorary volunteer” award from the hospital. “I’ve been crocheting since I was 8,” the 84-year-old said, adding her aunt taught her a few things then she learned the rest with a book.”