For today’s post in my 10 Day Series of crochet health articles I thought I’d give you a sneak peak of my new book, Crochet Saved My Life, by sharing an excerpt from the book’s introduction. I hope you enjoy it! You can buy the book online here or get it on Kindle.

I realize that this sounds completely absurd … or at the very least like a great exaggeration. I assure you, however, that it is the truest way I can possibly describe the role that crochet played in assisting me in moving through the deepest period of depression I had ever experienced. Without it, I may not have lived.

Prior to this terrible period, I had suffered with undiagnosed, sometimes debilitating, always untreated depression for nearly fifteen years. I didn’t know that depression was the problem and I certainly didn’t know how to deal with it. The delay in diagnosis was due in large part to stubbornness. I was very anti-medication, mostly anti-psychologists and believed that whatever was wrong was something I could solve on my own. The delay also had to do with my youth (I was a young teen when the problem started), a lack of self-awareness and an abundance of intelligence and creativity that made me generally keep going in some form despite many tough battles with deep sadness. In later years, I did try to reach out for help but the professionals I worked with didn’t properly diagnose me or help me in any way.

All of this is to say that by the time that I reached the desperate stage of readiness where I would accept any help of any kind (despite feeling certain that nothing could ever help) the problem was nearly out of control. I was barely functioning. I cried most of the day every day. I could hardly move. I could hardly breathe. The idea of trying to make doctors’ appointments or hold down “real” jobs was so far-fetched it may as well have filtered into my mind in another language. I couldn’t do almost anything and yet the one thing that I could do was to move a crochet hook back and forth through yarn, repeatedly pulling one loop through the next to create fabric out of air so thin I could barely breathe in it. Since it was one of the only things that I could do, it became imperative to my mental health that I go ahead and do it. When I first started to crochet, that feeling of temporary relief from the muted chaos of depression was the only reason I was crocheting.

Of course, crochet alone could never have taken me out of that desperate place. It is a craft, not a cure-all for serious illness. And yet I am also fairly certain that I could never have loosened myself from the grip of that depression without crochet. I was stuck in between that proverbial rock and a hard place and my crochet hook served as a crowbar to begin prying me out of that difficult space. I hardly knew that it was happening and yet that hook dug deep down into the core of my being and lifted me into a space where I could once again begin to breathe. In the most basic and obvious way possible I was creating a life for myself simply through the act of creating.

A year later, breathing and healing, I was not only crocheting but also beginning to live my life again. I was beginning to meet other people who also enjoyed literally crafting a life for themselves. I had been a professional blogger/ freelance writer for approximately ten years and found the medium comfortable so I decided to start a crochet blog where I found an expansive community of like-minded crafty people. As I began to share my thoughts and feelings with this community, I began to see that I was not the only one who felt that crochet had been critical to saving one’s mental health. In fact, it became obvious to me that it is more often than not the case that crocheters feel that they experience some personal health benefits from the craft although that may not be their main motivation for crocheting. 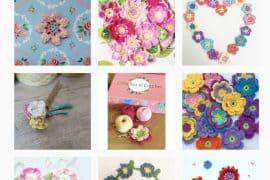 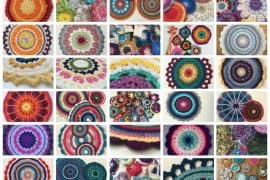 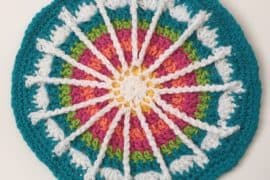