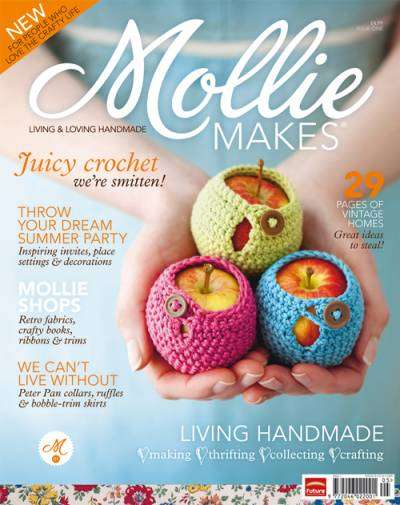 This magazine isn’t strictly a crochet magazine. It covers all different crafts. But of course it got a lot of attention when it showed off those now famous crochet apple cozies on the cover of Issue #1. I feel like the magazine just came out but a look at the website shows that it’s approaching issue #8 already. Wow.

I haven’t quite made the leap on this one because it’s a pricey magazine, especially since it’s coming to me from overseas. But I’m eyeing it. Any thoughts on this one?