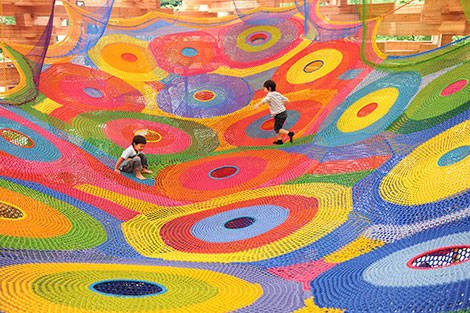 Austrian/Croatian design collective Numen
Is there a public space in your area that you would like to see crochet sculpture placed at? (Browse our crochet pattern selection here)