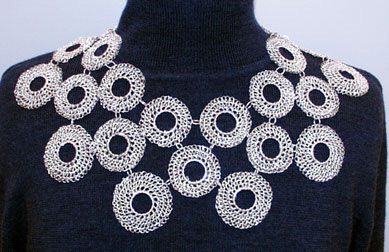 Arline Fisch is a New York born, California based metal artist who has a body of work that includes crochet jewelry and wearable crochet wire art. 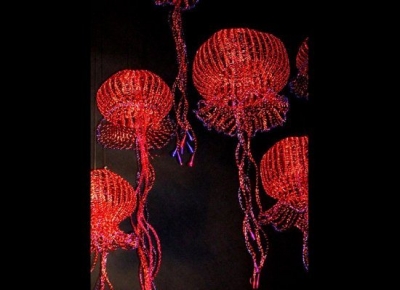 Arline Fisch was born in New York in 1931 to a mother who taught her how to sew, weave and do other needlework. She got undergraduate and advanced degrees in art and then went on to study silversmithing. She has been both a working artist and an art educator although she retured from her work as a professional art teacher in 2000.

Fisch began getting attention and accolades for her work early on, particularly in her work manipulating metal. She got a Fulbright award in 1956. Other awards she received over the yeras included a National Endowment for the Arts Craftsman’s Fellowship in the 1970’s, a CSU Award for Research, Scholarship and Creative Activity in the 1980s and a Lifetime Achievement in The Crafts Award from the National Museum of Women in the Arts in the 1990s. Since retiring Fish has received honorary membership into the Society of North American Goldsmiths, a gold medal from the American Craft Council and a Doctor of Humane Letters from Skidmore College.

Fun fact: She loves the color red and frequently works in this part of the color spectrum.

Fisch has an art career spanning five decades. She has had both solo exhibits and group exhibits around the world. In 1955 she had work in a West Virginia show called American Jewelry and Related Objects. Two years later she had a solo exhibition in Denmark. She continued exhibiting consistently year upon year with very few breaks. Just last year she had her metal crochet sea jellies featured on display at the Monterey Museum of Art here in California. 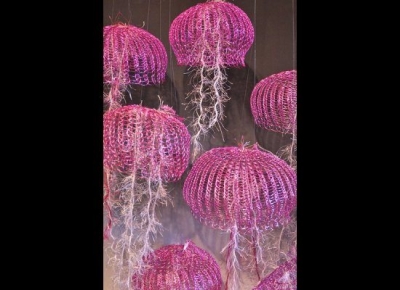 Fisch has a beautiful artist statement that begins:

“I have always been concerned with the making of jewelry to be worn, of unique works of art, which have the human body as their site. I try always to develop objects of personal adornment, which have dramatic impact yet do not place the wearer in the role of anonymous pedestal, forms which please and exalt the wearer. The strongest influences on my work have come from studies of ancient cultures – Etruscan, Egyptian, Greek, Pre-Columbian – from which I have derived direction, design courage and technical information.” 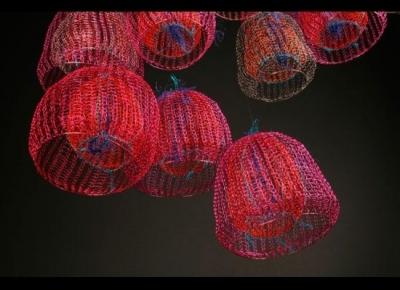 Arline Fisch has authored/ edited a few books on metalwork over the years, several of which included crochet pieces and one that focused entirely on crochet: 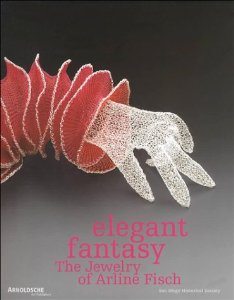 In addition to the books that Fisch herself has authored, she has had her work featured in several books, including one specifically about her jewelry work called Elegant Fantasy: The Jewelry of Arline Fisch

. The Smithsonian American Art Museum bio of her says this about her jewelry work:

“Fisch has played a central role in the revitalization of jewelry as a contemporary art form. Her outstanding contribution has been the introduction of weaving techniques into the field of jewelry making. Employing flattened gold and silver wire, she knits, braids, plaits, and crochets lightweight, flexible forms with dense, light-reflective patterns, subtle textures, and glowing color.” 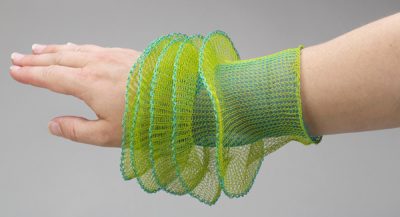 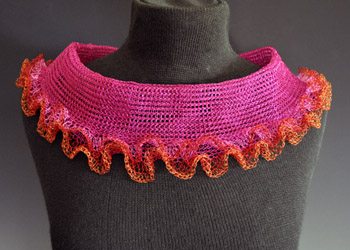 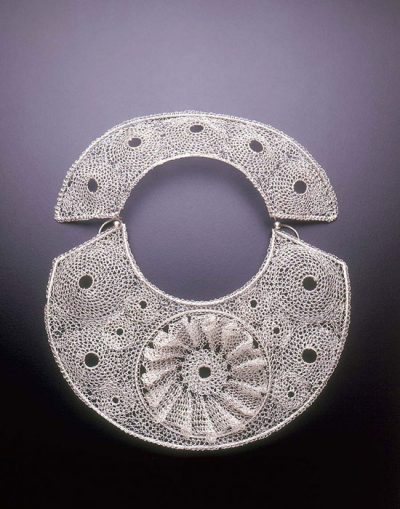 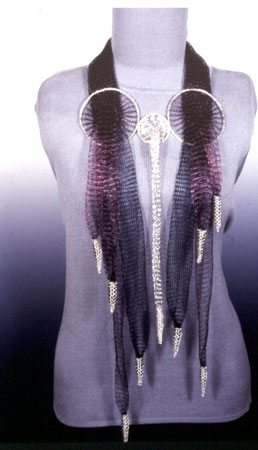 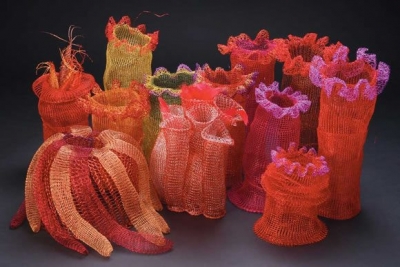 Although Fisch is known for her metal jewelry work, she does sometimes move into other areas of art including crochet metal art. One recent example was her crochet jellyfish that were on display last year at a California aquarium. The Huffington Post said of this:

“While most artistic replicas of jellyfish use a sheer or light substance to recreate their alien flesh, Fisch took the opposite route, using stainless steel, nickel and copper. Combining knitting and metalworking, Fisch crocheted convincing soft-shelled creatures out of hard, metallic materials. E. Michael Whittington, the director of the Monterey Museum of Art, told the SF Gate: “She used hard, tactile materials that have their own unique aesthetic components. They convey that ethereal sense, but in a radically different way. To me that’s the genius of an artist – someone who can look at something in the natural world and translate that into a work of art and capture the same mesmerizing effect.” 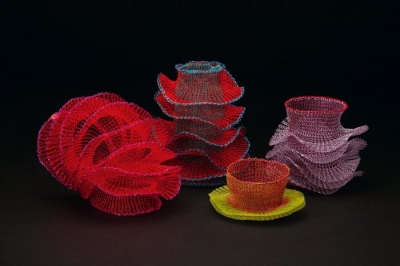 I’ve seen Arline Fisch’s work mentioned several times when writing up the profiles of other crochet artists. For example: 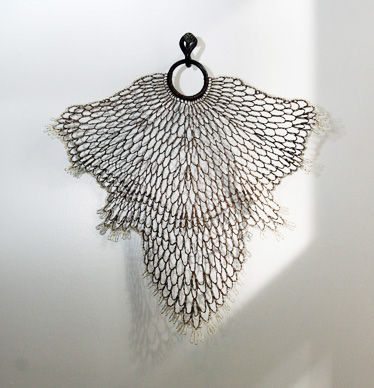 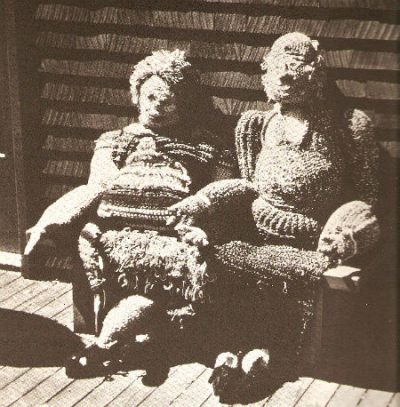 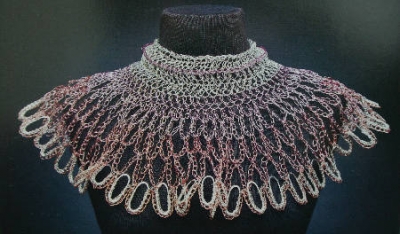 One of the crochet collar pieces that Fisch herself designed was in a Dona Meilach book; Meilach is an artist in her own right for the way that she’s compiled information and resources around crafting for so many years.