It’s time to begin a new decade in my research into vintage crochet history. We finished up 1930s crochet and now let’s move into the 1940’s, starting, of course, with the first year of the decade. Here’s what I found so far in crochet from 1940. 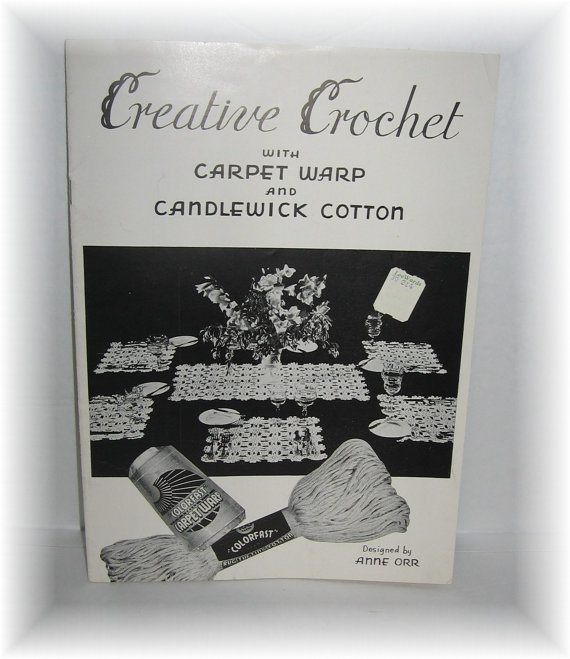 Of course the thing that stands out about this time in history is World War II. Many books reference “wartime knitting” or “wartime crochet” at the start of the decade. If you want to learn more about wartime crochet, check out the guest post by Karen Ballard on @crochetkween’s great blog. At this time, there was a lot of really practical crochet done for the home – rugs and curtains and afghans, for example. There was also a lot of upcycling in crochet as a means to save money. For example, Anne Orr wrote a book at this time called Creative Crochet with Carpet Warp and Candlewick Cotton. Although money was tight, yarn and thread purchases were still high. The 7/14/1941 issue of The Miami News says, “During 1940 and early 1941 more women competed in national sewing and crochet competitions than ever before. Department stores all over the country report vast increases in sales of yarn, crochet cotton …”

I am always excited when I see any mention of the health benefits of crochet, so of course I was thrilled to find this in my research for 1940 crochet. Page 58 of the University of Michigan Official Publication, Volume 41, reads:

“Busy hands distract sick minds. This is not a church “sewing circle”, but a session of an occupational therapy class in a state hospital. Patients sew, knit, crochet, and do fancy work. They make many articles for their own use and for the use of others in the hospital. Occupation that diverts and stimulates the minds of patients is curative in its effects. … Such work not only has a beneficial effect and helps while away the long hours of necessary hospitalization, but also furthers the productive ability of patients looking toward the time when they are sufficiently recovered to return to their homes and society.”

Popular Mechanics and Popular Science magazines often referenced crochet hooks as tools for making various things but occasionally the reference was actually for crocheters to use. For example, the November 1940 issue of Popular Science has a design for making a model house and suggests that “mother and daughter” can crochet rugs and curtains to go with it. Here are some other references:

This DIY yarn box for crochet was in the August issue of Popular Mechanics magazine. What I love most is that it mentions crocheting in the car even back then. 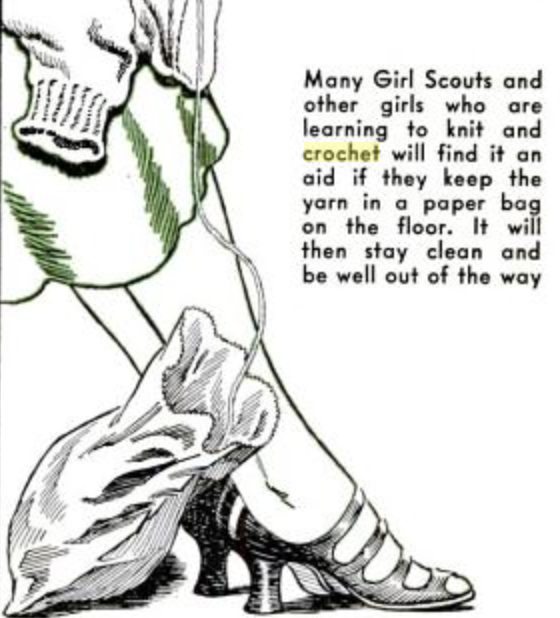 10/16/1940 Herald-Journal reports that wartime musicals actress Constance Moore crocheted Halloween placemats for a party. The newspaper archives have a written pattern for the pumpkin placemat.

And although she wasn’t quite a celebrity, I thought I’d mention that there was a “crocheting queen” named in the 11/20/40 issue of Reading Eagle newspaper 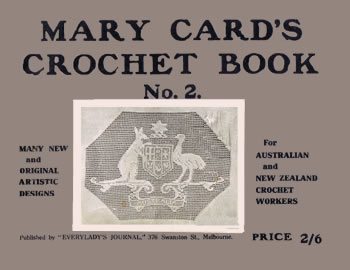 Crochet designer Mary Card passed away in 1940. Heirloom Crochet explains that she first started selling her patterns at the beginning of the 20th century in Ladies Home Journal. She was from Australia but spent a lot of her designing time in the United States. She passed away back at home with her sister.

Many newspaper crochet patterns continued to be printed by anonymous designers under the fictitious name Alice Brooks. For example, in the 11/9/1940 issue of the Spokane Daily Chronicle, you’ll find a crochet carriage or crib cover pattern. Sometimes crochet patterns were published for free in newspapers. Other times, you needed to send away for the pattern, and it typically cost ten or fifteen cents. 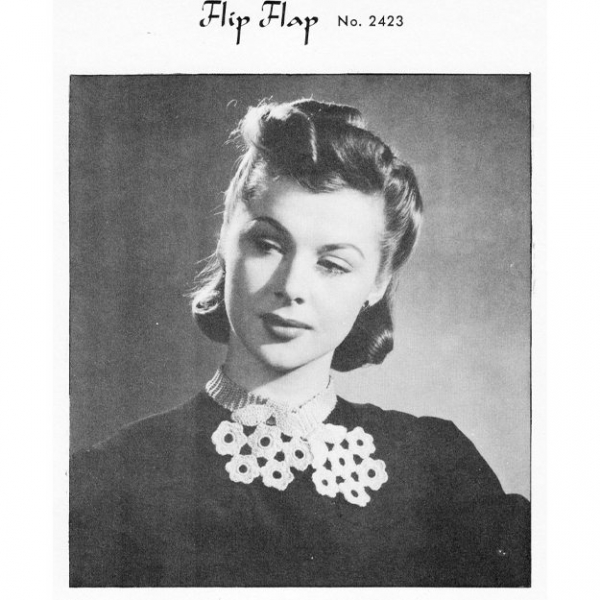 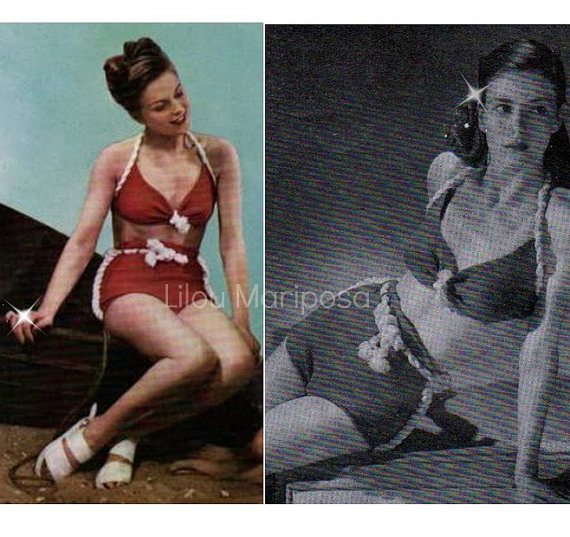 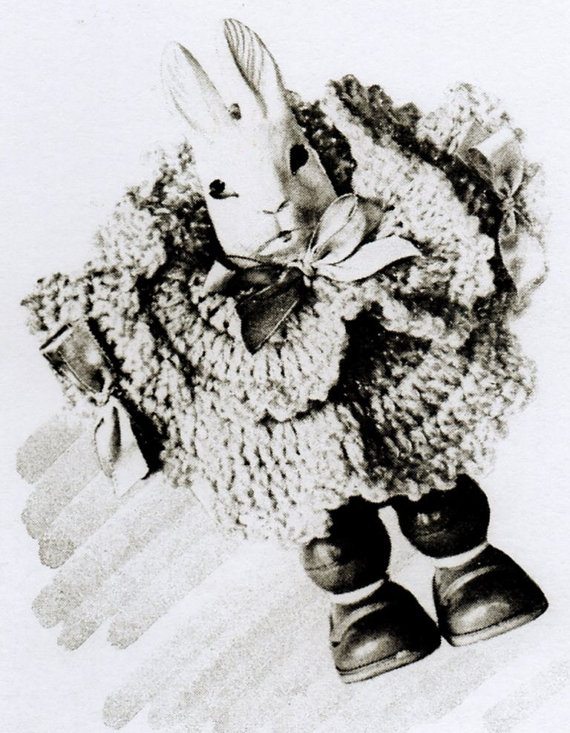 1940 crochet bunny rattle pattern for sale on Etsy from CreationsByMeshell 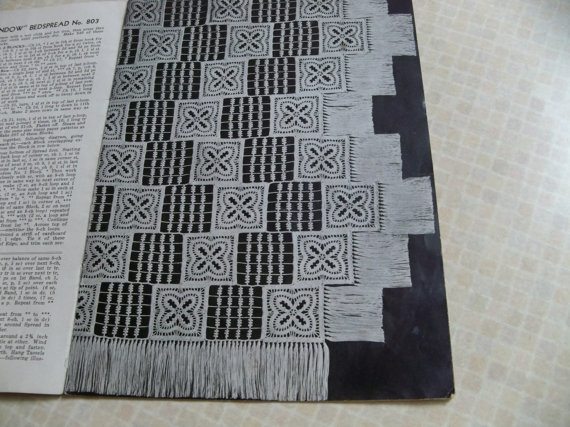 1940 crochet bedspread pattern for sale on Etsy from CarolinaJayPatterns

The crochet books published at this time were primarily created by the thread manufacturers of the era. 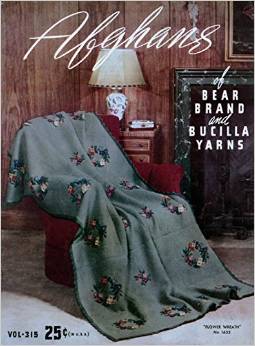 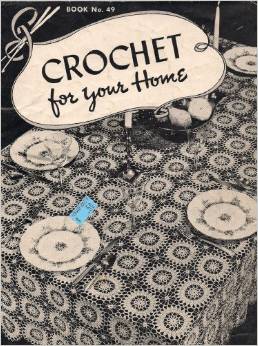 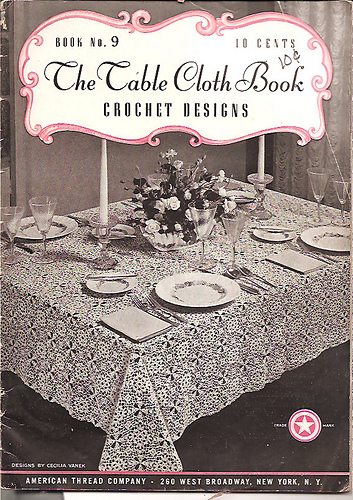 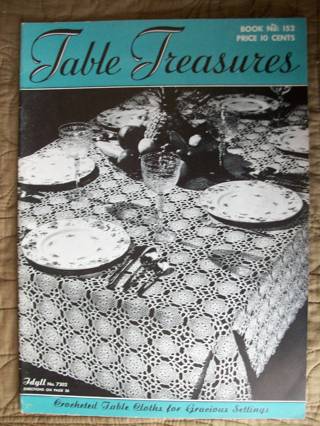 Table Treasures crochet book from Spool Cotton. You can see one of the patterns in this crochet book over at Vintage Crafts and More.

And More Vintage Crochet from 1940 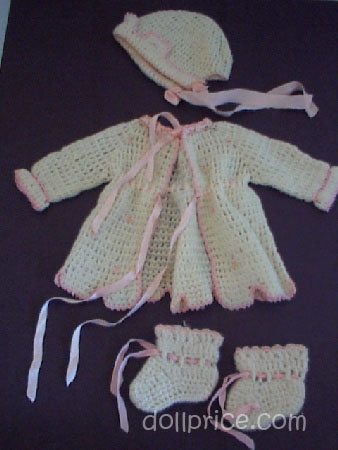 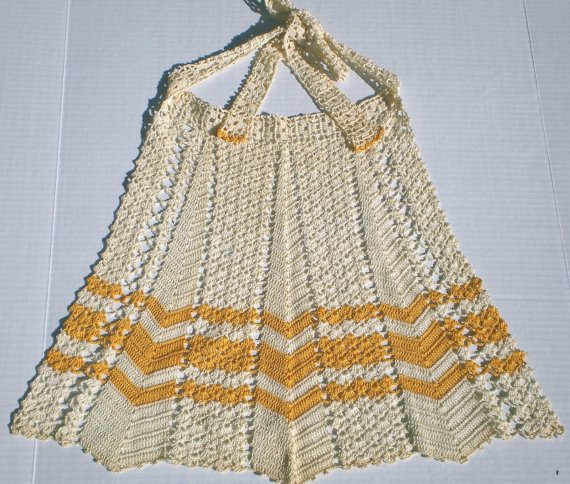