Quite some time ago I wrote a post explaining all of the different ways that a crochet lover might use a QR code. Yesterday I shared a link to a tutorial for how to crochet a QR code. Today I thought I’d do a roundup of examples of crochet QR codes spotted around the web. Enjoy! 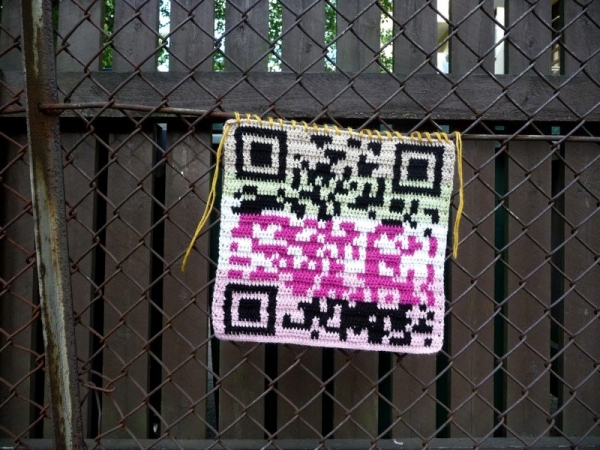 Crochet QR Code Yarnbomb by Anu of Ageing Rebel, the one who created the tutorial that I linked to yesterday for crocheting a QR code 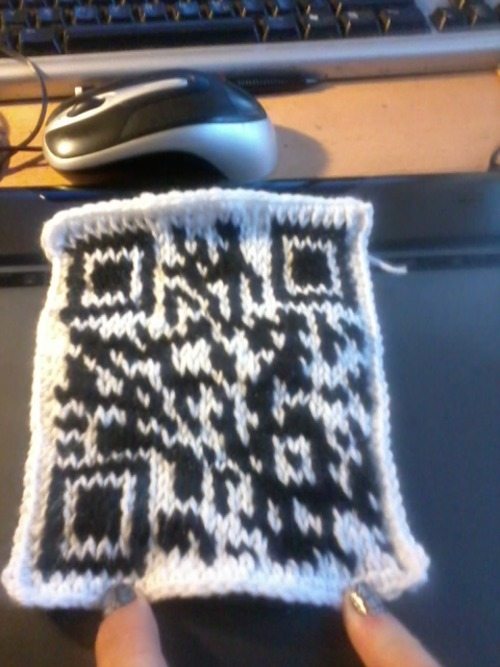 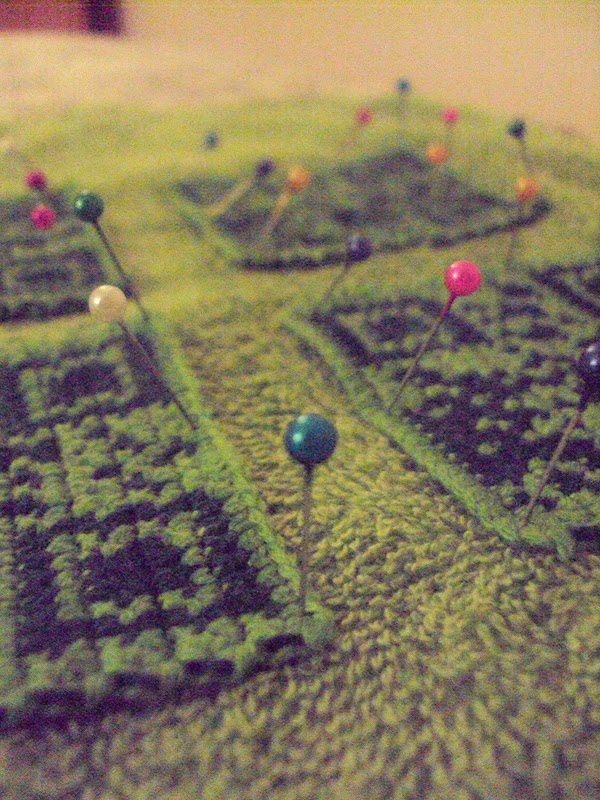 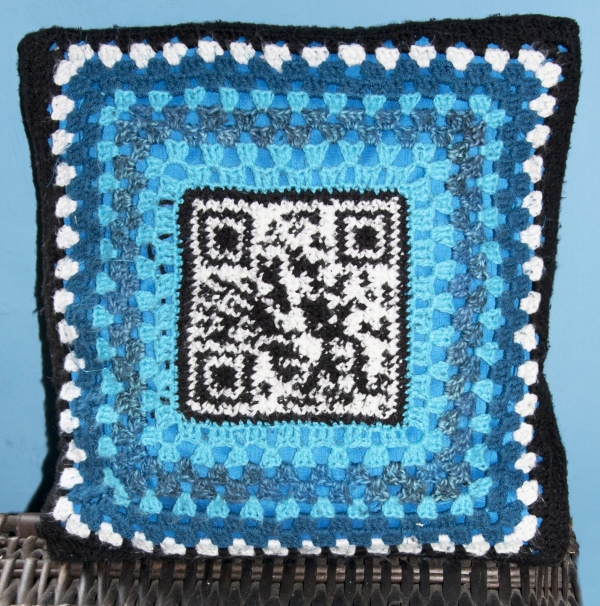 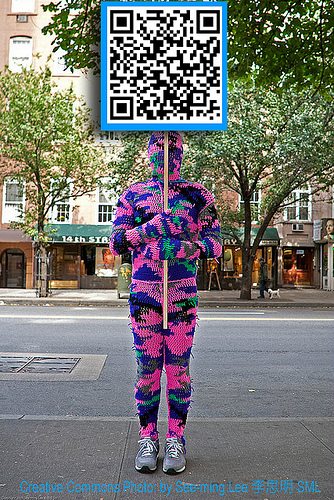 And okay, so the QR code itself isn’t crocheted on this one but you gotta love the Olek art + QR code!

Lots of other yarncrafters are getting in on the fun, too. I’ve seen embroidered QR codes, woven QR codes, needlepoint QR codes and knitted QR codes.

Note: The image at the top of the post was crocheted by Flickr’s MiaDeRoca; she has more photos of the process on Flickr to check out! 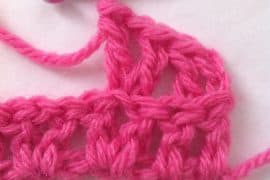 Ribbed Crochet V-Stitch – a variation on a favorite stitch