In December 2006, Denmark-born Australian artist Helle Jorgensen launched her blog, Gooseflesh, to serve as a place where she could share the details of the artwork that she was already starting to get a good response from on Flickr. Although I didn’t discover her blog until recently, I’m so glad that she launched it back then because it is a treasure trove of insight into the beautiful work that she creates, much of which features crochet. In her first post she dedicated the blog to her grandmother who taught her how to crochet when she was a child. 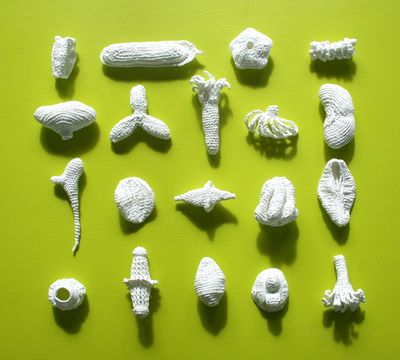 Helle Jorgensen, AKA Gooseflesh, is an artist who does beautiful work using reclaimed materials to create fresh takes on nature. For example, she uses recycled bags to make sea creatures or reclaimed wool to make coral gardens. In addition to her crochet work she does artistic collecting, embroidery and drawing. According to a great interview at Chain Creative, she loves that crochet connects to so many things including the generations of the past, math and science. She also likes that it lends itself well to sculpture work and that it offers a rhythmic experience that is meditative. Simply Knitting reports that Jorgensen spends upwards of 40 hours per week crocheting. Her work has been exhibited in a variety of locations over the past several years.

Something that I think is really neat in exploring the Gooseflesh blog is that you can see old ideas coming to fruition over time. The second post on the blog, Beach Detritus, shares that the artist has been collecting items from the beach for a long time (her driftwood collection started twenty years ago) and wants to use them in her art but doesn’t necessarily know how to do that. 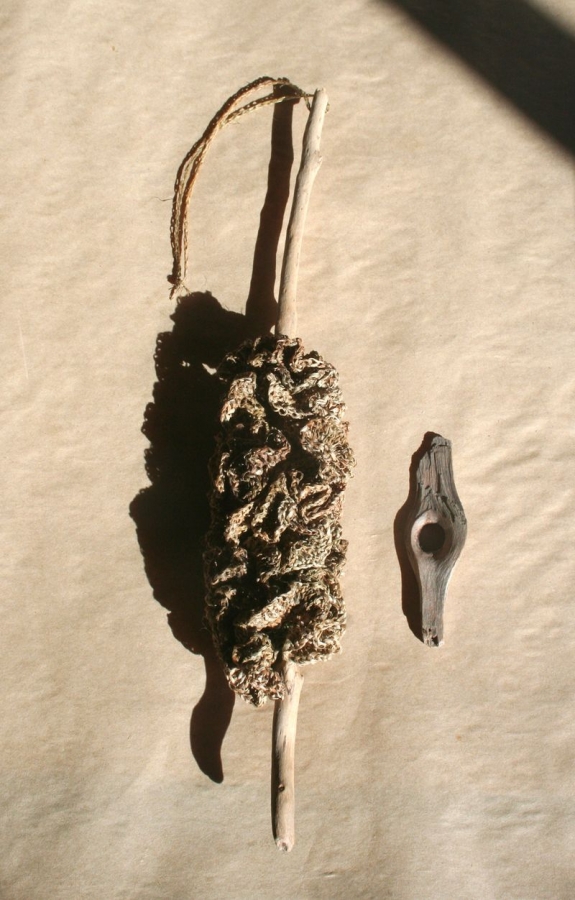 She’s done it in many ways over the course of the blog and five years later we see these great new forays into driftwood art where she crochets hemp yarn around the pieces in creative ways. She’s planning a July exhibition of these works. 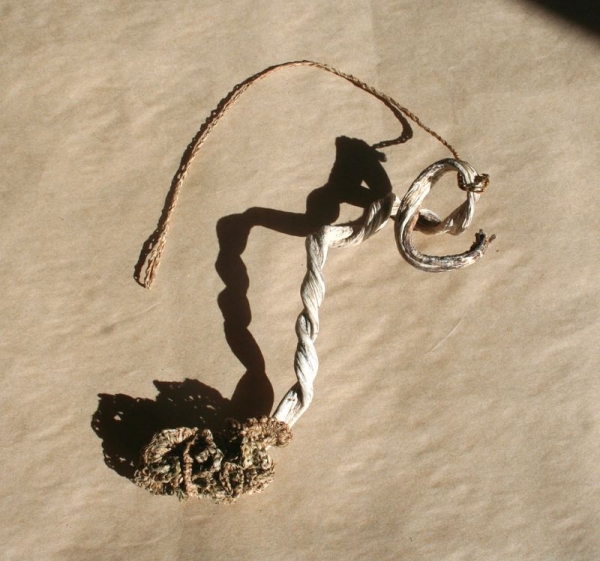 One of the things that Gooseflesh has gotten known for is the amazing work that she does using crocheted plastic bags. One key thing she’s done in plarn is a series of plastic sea creatures: 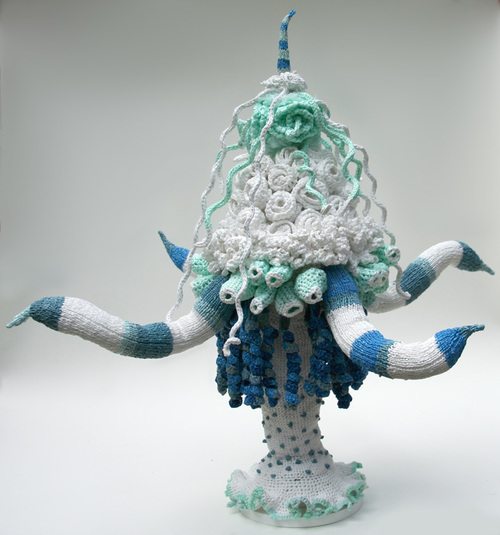 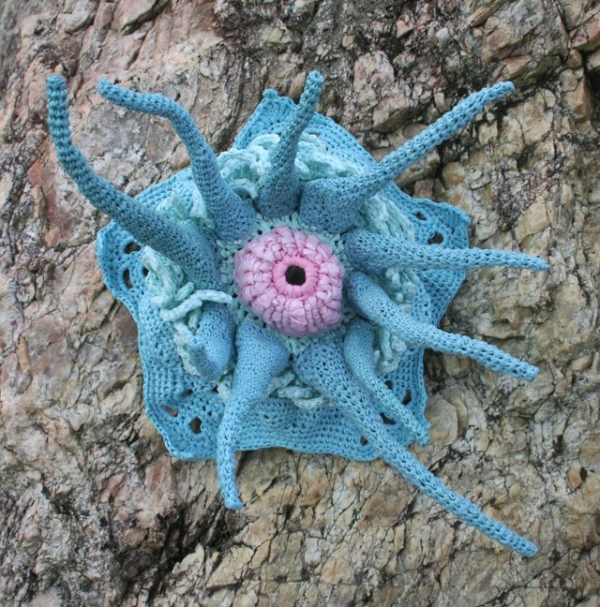 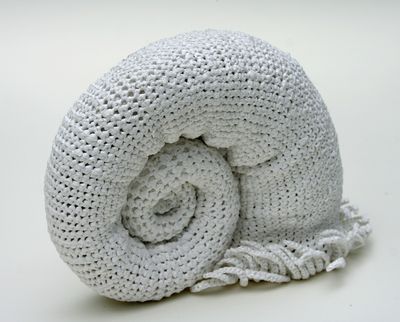 Another great series from Gooseflesh is her coral gardens series where she takes the idea of the crochet coral reef and reinvents it using reclaimed wool: 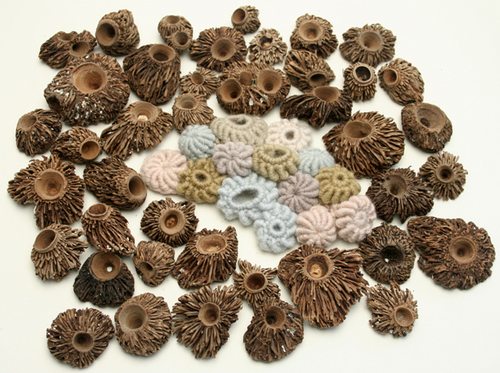 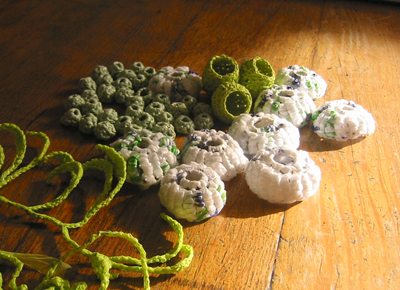 Back in 2007 Gooseflesh created a set of wearable soft sculpture jewelry for the Powerhouse Museum Shop. These wearable pieces continue to show the influence of beach-y nature in her designs. They are crocheted with repurposed tapestry wool and then fulled (felted): 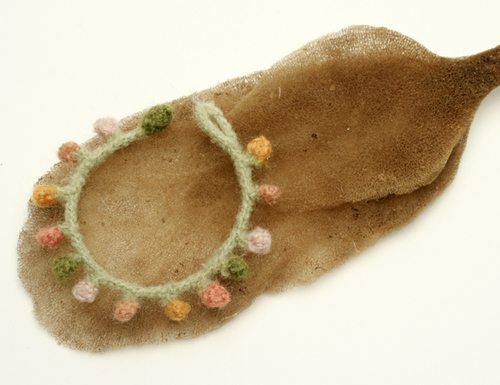 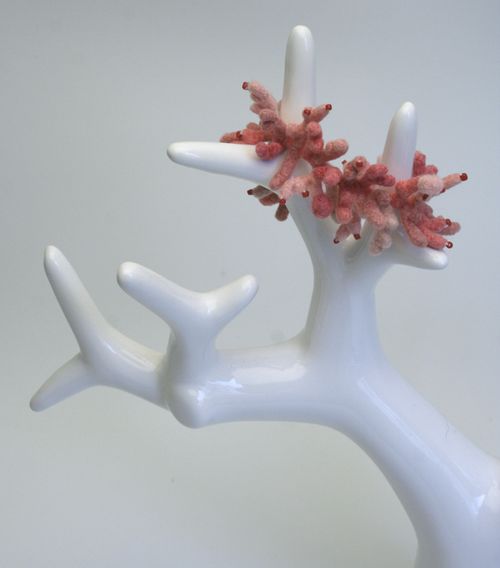 The focus on natural, organic designs makes me think of Alexandra Bircken 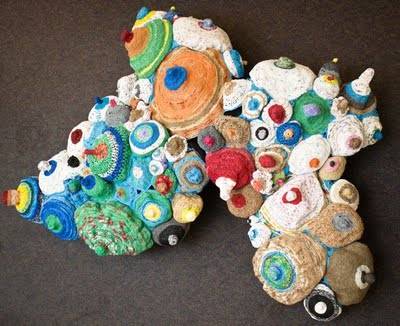 Note: all of the Gooseflesh photos have been reprinted from her blog with permission; visit the blog for tons more photos!