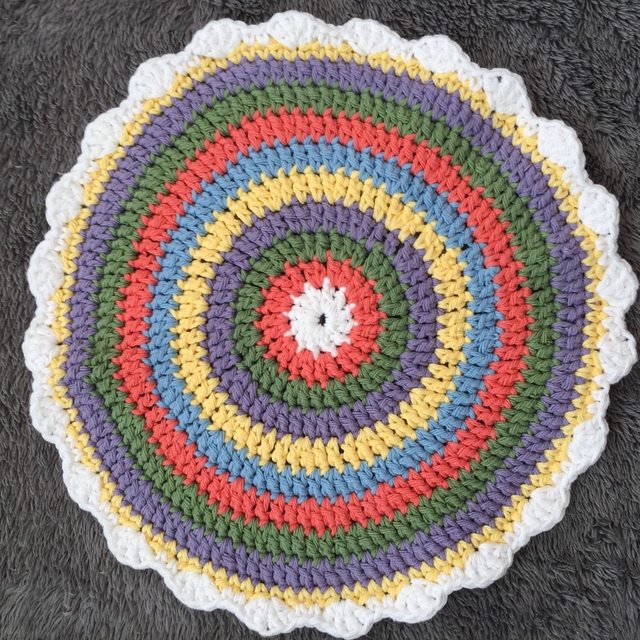 Apologies for a couple days absence in the Mandalas for Marinke daily posts. Life took over and I fell behind but am back on top of it now. And it’s really a joy. Each and every time that I sit down to do one of these posts, something really special happens. I really take time to sit quietly with each mandala, photograph its details with great attention, and read through the included messages with care and love. I believe that the attention and intention that I put into each mandala holds value and sets the intention for what they can continue to do in the world, as I share them here. I never fail to be deeply touched by each contribution as I work with it. 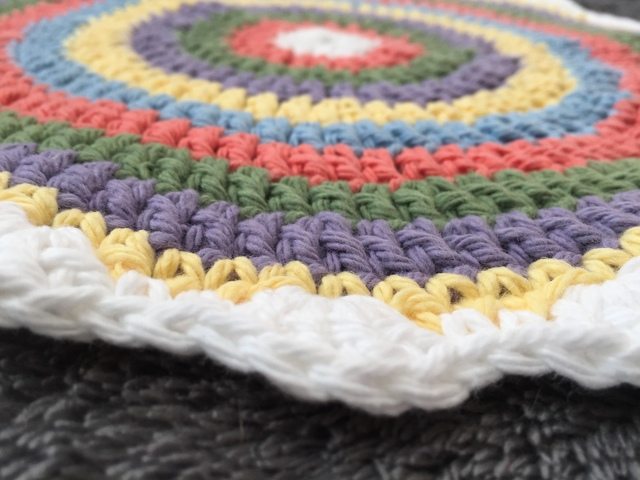 Today’s crochet mandala is a beautiful, colorful cotton crochet mandala, made using the standard 12 round mandala pattern by Wink. It comes to us from Cari of who shared her own crochet health journey with us in a guest post awhile back. You can connect with Cari on Facebook. 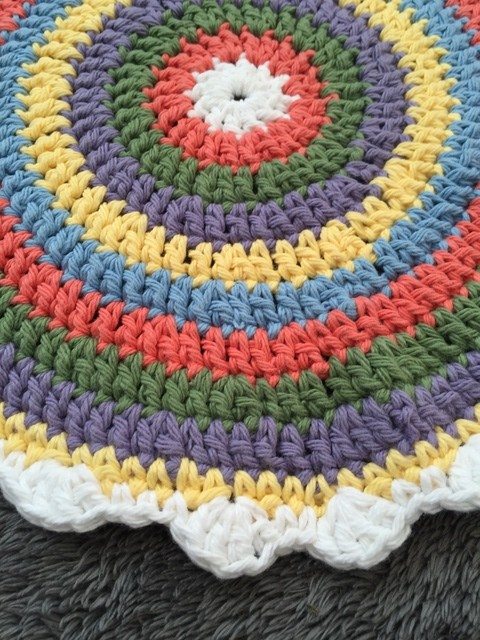 In the comments on the post about Wink’s suicide, Cari had written,

“This is completely heartbreaking. I too struggle with depression and it pains me to think of how she must have been feeling to do this. I will be sending a mandala to your project. It shows how important what you do is, Kathryn. You’re real, brave and bring together such an awesome community of people here. I’m sorry for the loss of your friend. It’s tragic.” 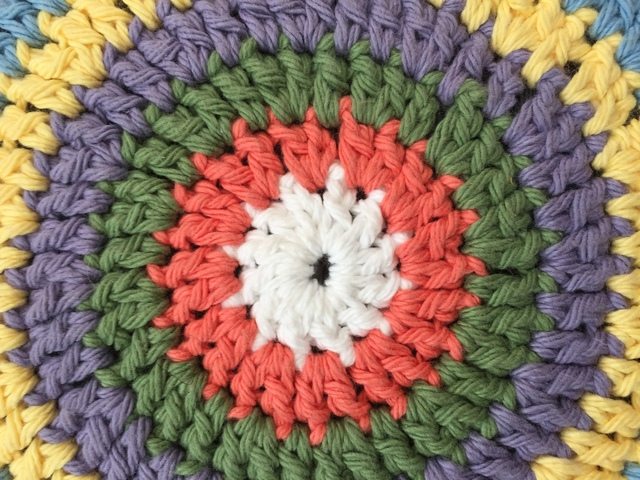 In her letter for this project, she writes:

“I didn’t know Wink. I wish I did. I wanted to contribute to this project because the news of her death touched me deeply. Frankly,. I feel like any of us who suffer from depression could end up as she did, hopeless and unable to find a way out. Thank you for creating this beautiful project. Art, music, crochet were the beautiful things that kept Wink going. I hope this project can bring more awareness to depression as a legitimate illness and help remove the stigma associated with it. I love and appreciate this awesome online crochet community, as Wink did.” 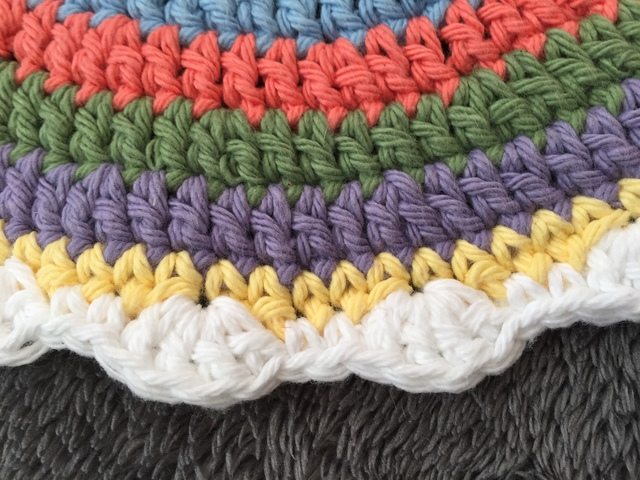 As I read what Cari wrote, I’m thinking about this project, and why I started it. I think that we do what we can in this world, based on our own experiences, the things that uniquely touch us and the abilities we have to share. I had to do something after Wink’s death because it overwhelmed me and triggered feelings about my own walk with depression, and I chose to do this because it’s a way I can give back to the community and raise awareness about something that I care about.

This morning I was watching 20/20, an episode about Columbine. The reason it was on was because Dylan Klebold’s mother has written a book (A Mother’s Reckoning: Living in the Aftermath of Tragedy

) and she’s donating all of the profits to it to raise money for mental health issues. In the interview she spoke of her son’s suicidal depression, and how she wishes now, of course, that she knew the signs then. She didn’t. This is certainly not to say that people with suicidal depressions will always or even act out in homicidal ways; but it is to say that her teenage son suffered from depression and mental health issues and that there is at least some possibility that greater awareness would have led to his getting help and channeling these feelings in another way. The episode also quoted another teenager who said that he thinks teenagers are even better than adults at hiding signs of suicidal depression because there is so much stigma attached to it that they really don’t want anyone to know that they are struggling. I don’t think that’s always true but I think that the fact that it’s ever true for anyone is tragic.

The episode didn’t significantly address the impact of the shooting on the survivors, which no doubt included PTSD and other impacts of trauma, including depression. 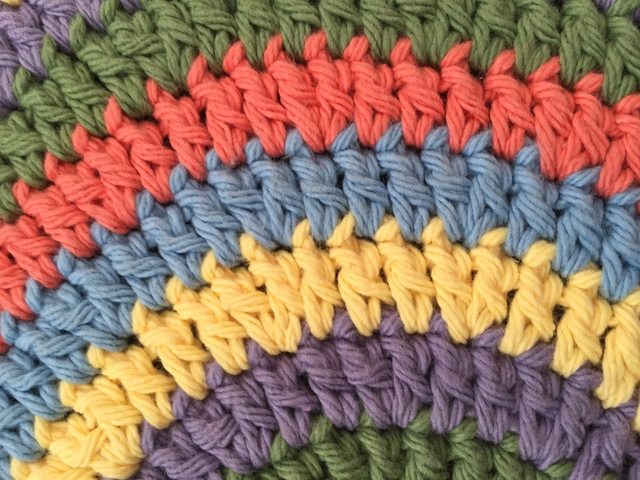 This is one of the posts made in honor of Wink, in celebration of crochet mandalas and to raise depression awareness. See all Mandalas for Marinke posts here.