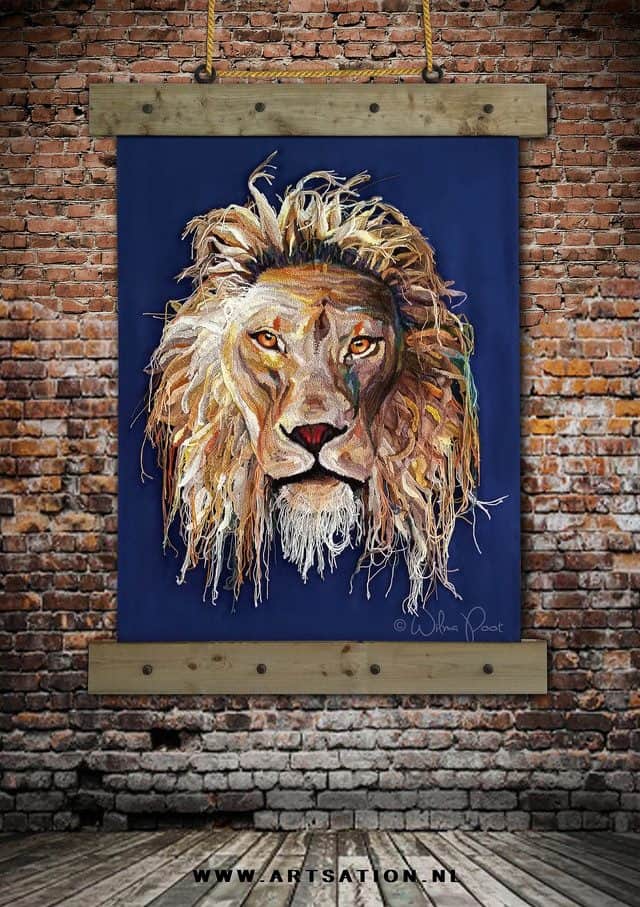 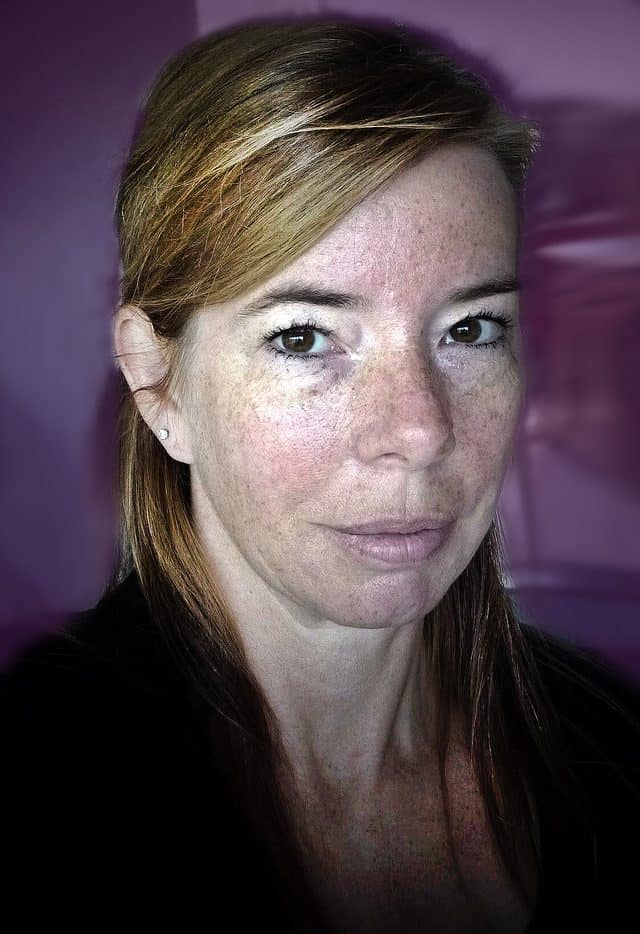 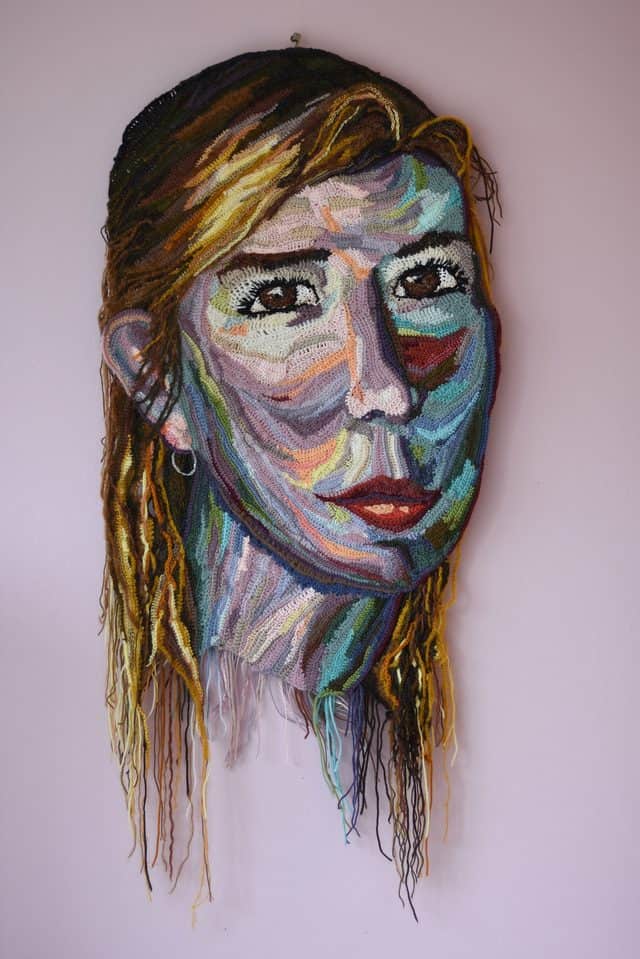 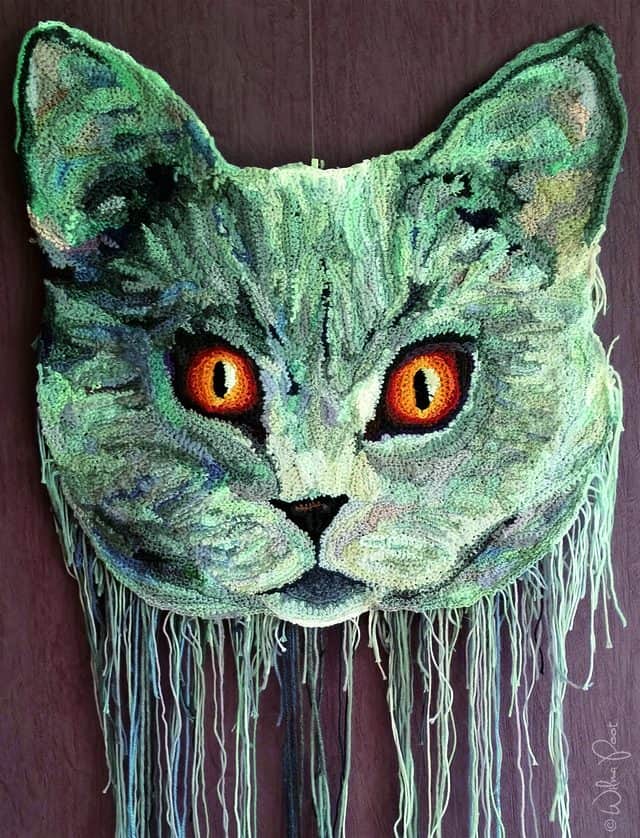 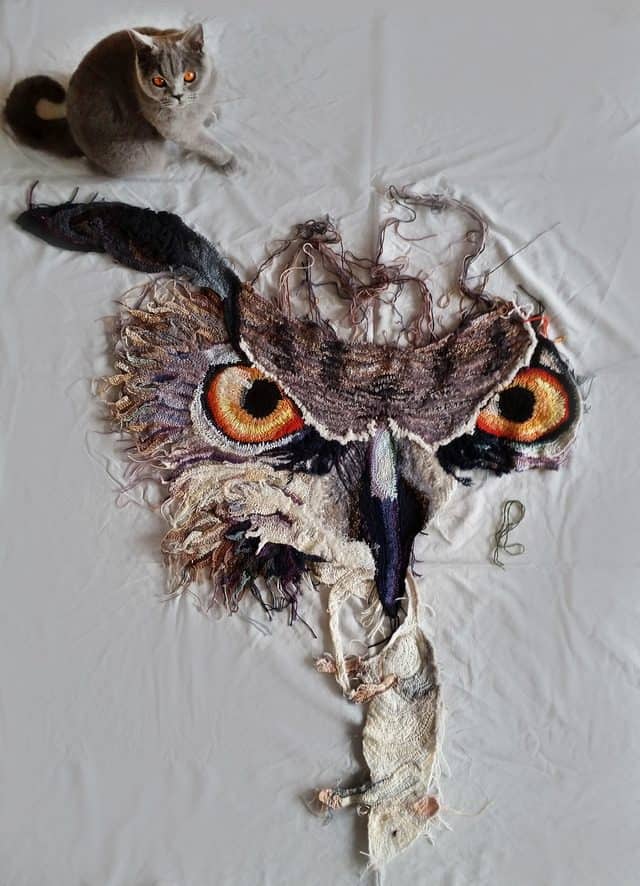 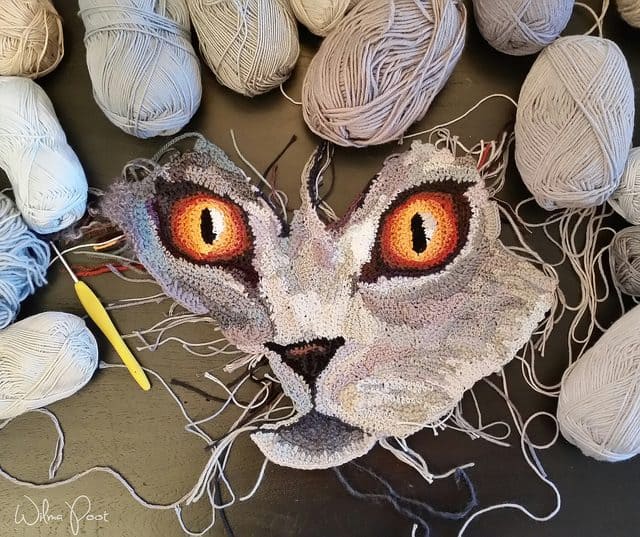 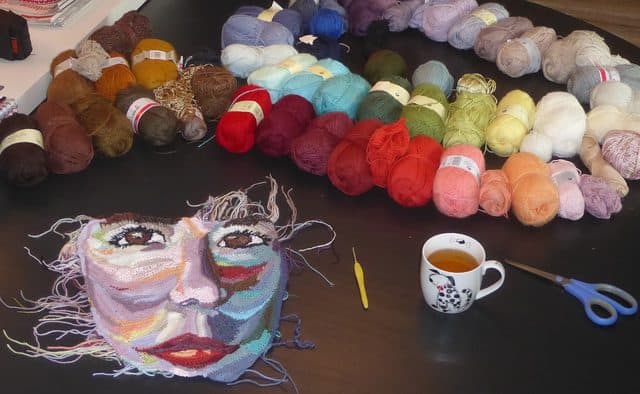 When the face was almost finished I started thinking about what my next project would be and I had decided to make a portrait of a lion. The idea for this portrait came from hearing the strange story of Cecil, the famous lion from Zimbabwe, who was shot dead by a safari tourist for fun. By using the crochet hook in the direction that follows the contours of the lion face I have been able to create an image with depth. The portrait is mounted on a royal blue canvas.  The canvas is mounted by wood with bolts and nuts. The dimensions of this portrait are 100 x 140 cm, and I am very proud of this project. 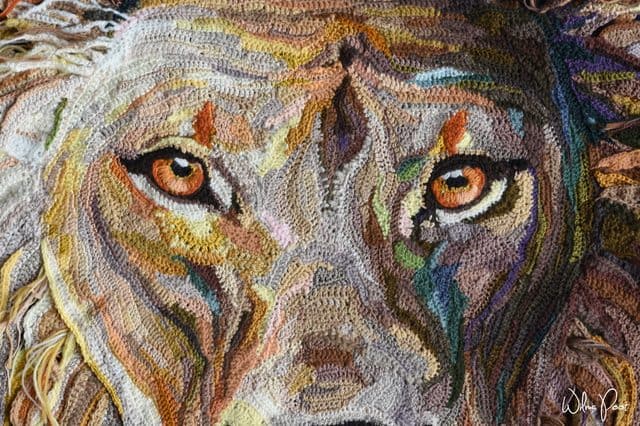 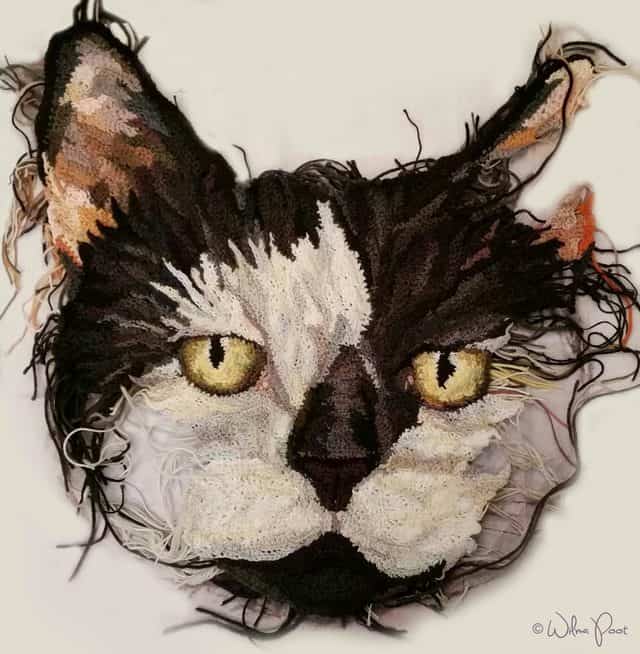 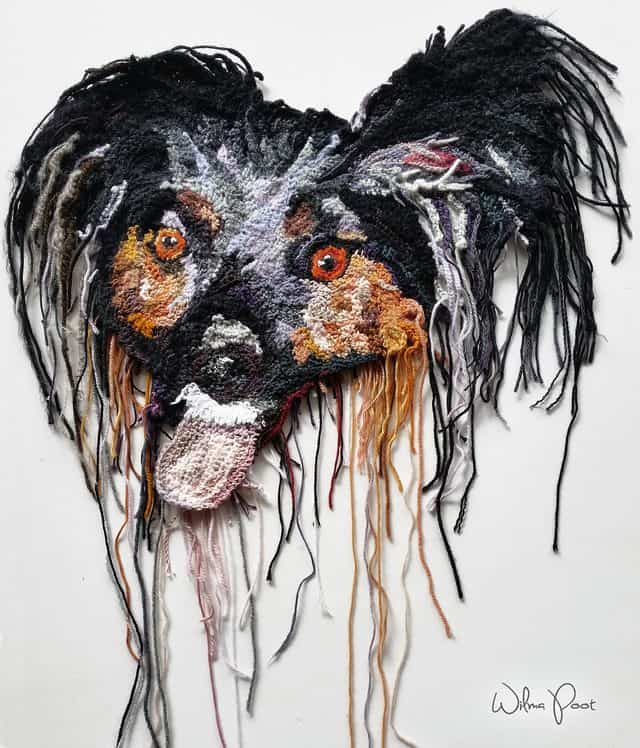 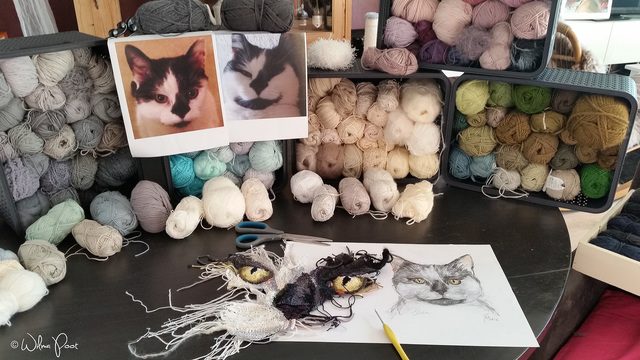 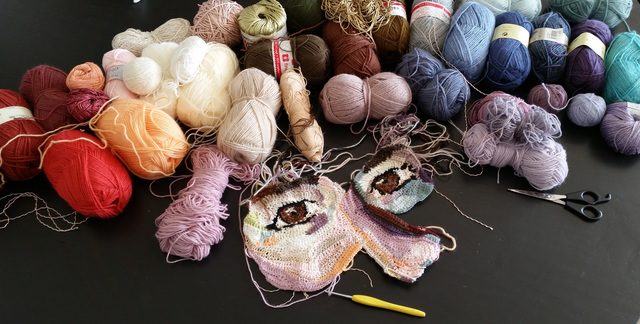