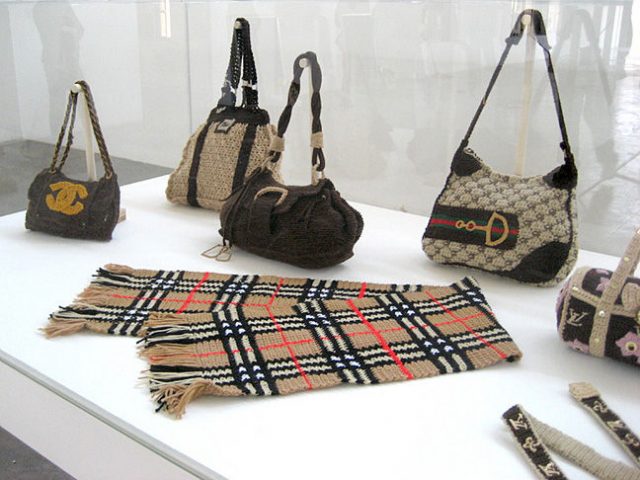 Stephanie Syjuco is the artist behind The Counterfeit Crochet Project (Critique of a Political Economy), a lengthy comunity-based crochet art project that currently has work on display at the Craft and Folk Art Museum in Los Angeles. 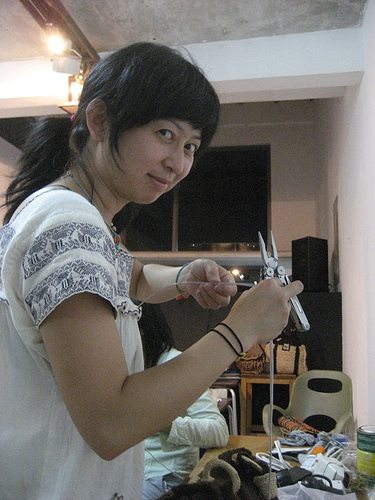 Stephanie Syjuco is a Philippines-born, San Francisco based artist who enjoys craft and has a strong interest in issues around piracy and the reproduction of other people’s work. Her bio explains that she “creates large-scale spectacles of collected cultural objects, cumulative archives, and temporary vending installations, often with an active public component that invites viewers to directly participate as producers or distributors”. She explores the concept of community-created art (including shareware) and the contrast between high and low end art and materials in her work. Right in line with this is her work in exploring counterfeiting, which she has done in multiple ways including teaching international workshop on counterfeiting.

Stephanie launched The Counterfeit Crochet Project back in 2006. She asked crocheters to find a photo of a designer handbag and then to use their crochet skills to recreate that handbag to the best of their ability as a high-quality handcrafted knockoff. The project explores the concept of ownership of ceratin designs and what it means to appropriate that in handcrafting.

Stephanie explains a bit more on her artist website:

“The resulting “translations” are both homages and lumpy mutations. Crochet is considered a lowly medium, and the limitations imposed by trying to create detail with yarn takes advantage of the individual maker’s ingenuity and problem-solving skills.

I am also interested in how this project can be similar to contemporary manufacturing and distribution channels. As a collaboration it parallels the idea of “outsourcing” labor, but also adds a democratic and perhaps anarchic level of creativity–within the basic framework, participants have taken liberties with their translations, changing colors, adding materials (cardboard, hot glue, etc.) to suit their needs.

Makers are encouraged to keep and wear their bags, in an attempt to insert strange variants into the stream of commerce and consumption.”

The project really took off with contributions from many different types of people, probably people who held a lot of different beliefs about the fashion industry and the craft industry. One thing that I think that the Counterfeit Crochet Project really highlights is the issue of who has the right to make money off of intellectual property and how does that play out in the real world. On the one hand, you want artists to be able to retain the rights to their individual work and not have that copied by big business. On the other hand, do we afford those same rights to large designers? Large fahsion companies have been known to mass produce their own designs using cheap overseas labor so what is the “bad” in copying those designs as a handcrafter on a small scale?

To be clear, I’m not saying one way or another what I think that the answers to these questions are. I just think that these are the types of questions that The Counterfeit Crochet Project brings up. We are asked by this artist’s work to question ownership over art and ideas.

Some of the examples of counterfeit crochet handbags you’ll see on the website for this project include: 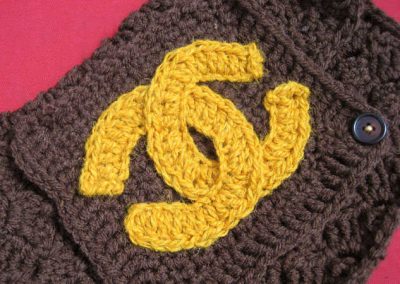 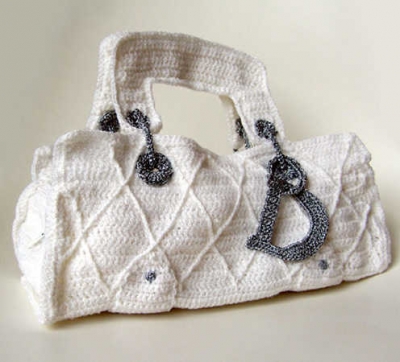 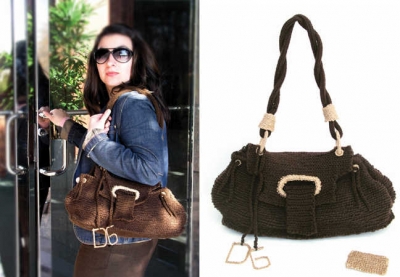 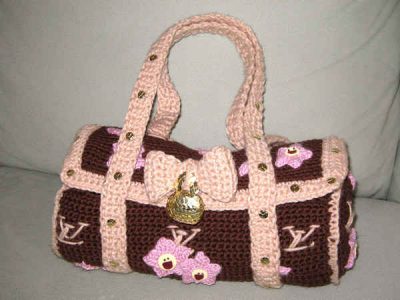 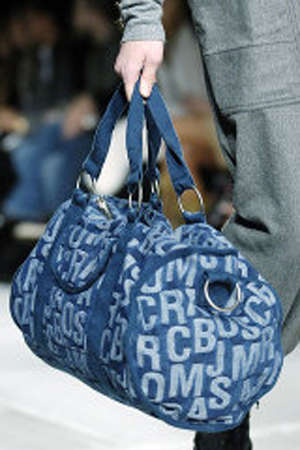 In order what you see above in crochet is versions of Chanel, Dior, Dolce and Gabanna, Louis Vuitton and Marc Jacobs purses.

You can actually also enjoy downloads of free crochet patterns and free tutorials for many of the designer bags and designer bag logos.

The Counterfeit Crochet Project’s bags have been featured in exhibits around the world including in China, the Philippines and San Francisco. The best crocheted knockoff handbags from the Counterfeit Crochet Project are on display now through May 5, 2013 at the Craft and Folk Art Museum in Los Angeles. It is part of the Social Fabric exhibit there. This exhibit, as described in the press release, is:

Stephanie Syjuco is actually teaching some beginner and advanced crochet workshops at the museum as part of this exhibit.

Incidentally, if the name of this museum sounds familiar to you it may be because I’ve mentioned several times that Yarnbombing Los Angeles is covering the facade of the building with granny squares. This exhibit is set to go up in mid-May, shortly after the exhibit that Stephanie’s a part of will close.

3 thoughts on “Artist Stephanie Syjuco of The Counterfeit Crochet Project”