UPDATE: See an updated post all about amazing crochet artist Joana Vasconcelos here, including her exhibits in February and March 2014. 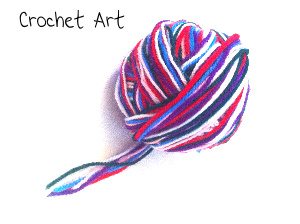 Joana Vasconcelos is a working artist who enjoys creating art in many different mediums. I like several of the different things that she’s done but of course it is her crochet art that has captured my interest most. All of her work, including her crochet work, weaves together themes of womanhood, femininity, strength, and societal roles. This art challenges people to look at what defines women and women’s art and to question any assumptions made about those things. I think that this is an important issue for crochet artists today since crochet is typically considered a woman’s craft and may not be given equality in the art world despite its popularity in culture and fashion.

The crochet art that I first noticed was her work using crochet doilies. I found it interesting because white doilies are such a stereotypical object representing the outdated culture of crochet. In other words, that’s what we think of as “grandma’s crochet”. And yet, Vasconcelos pairs this with objects that aren’t old (like computers) or feminine (like bulls) for a really intriguing effect. Take a look: 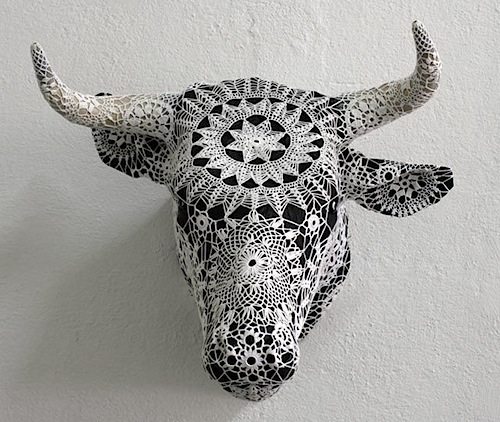 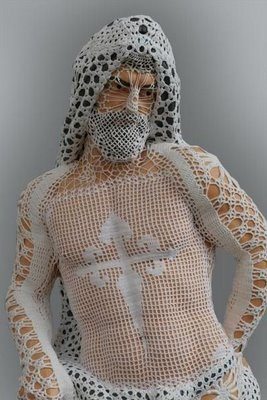 I also enjoy the sculptures that she does that include crochet work over them that aren’t in the form of just white doilies: 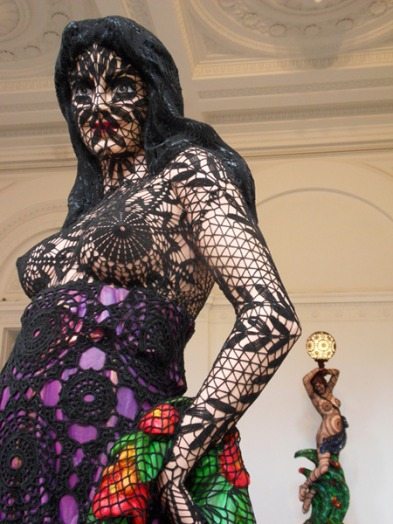 She also has some interested felted and wool work. It’s not necessarily all crochet work but it’s in the same family. The colors are what attracts me to these pieces: 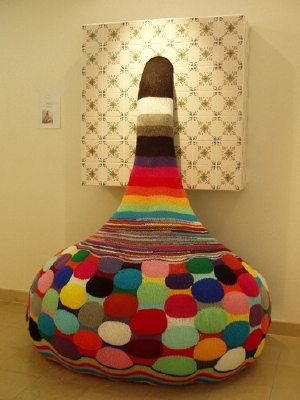 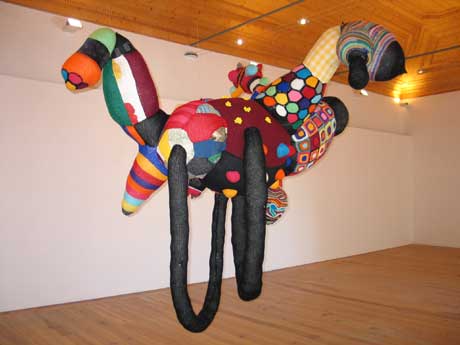 Vasconcelos urges us to take the “women’s craft” of crochet seriously as an art form. 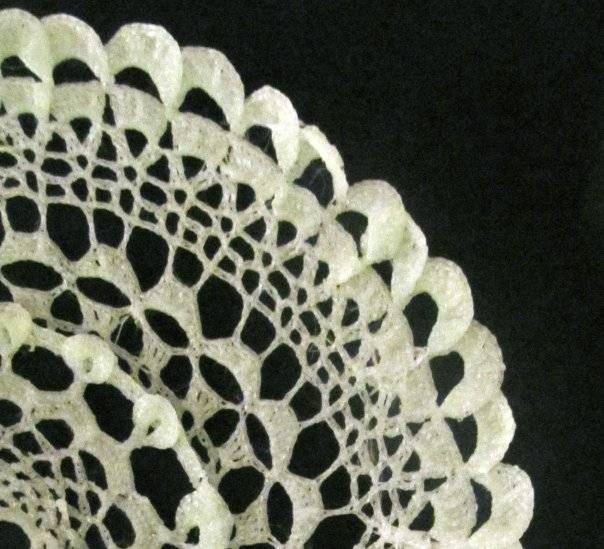 Catherine Carr, who crochets with glass! 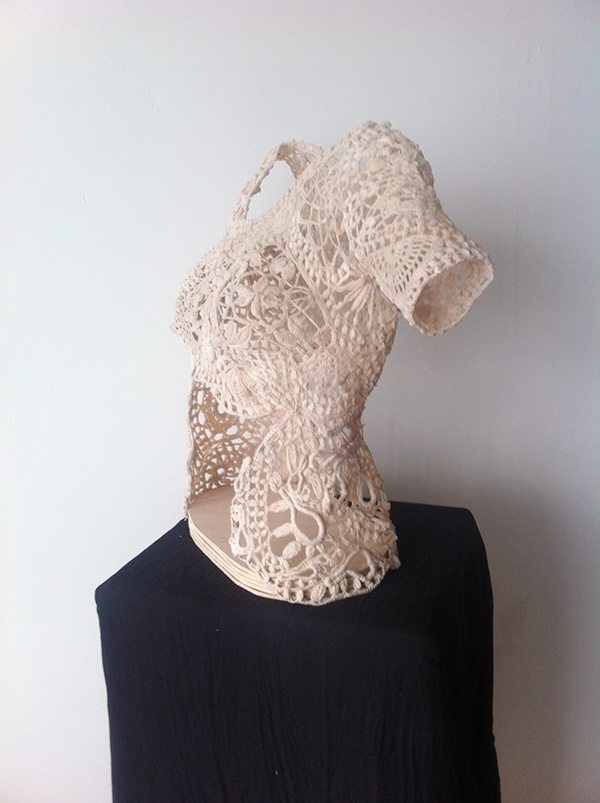 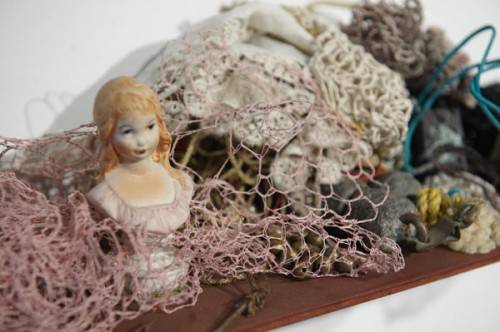