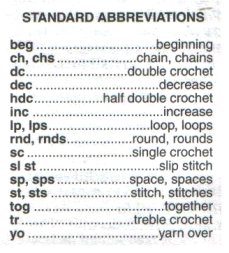 I’m working my way through the creation of 25 lists of 25 things for crocheters. This week’s challenge is to define 25 crochet terms. Here’s the list I came up with.