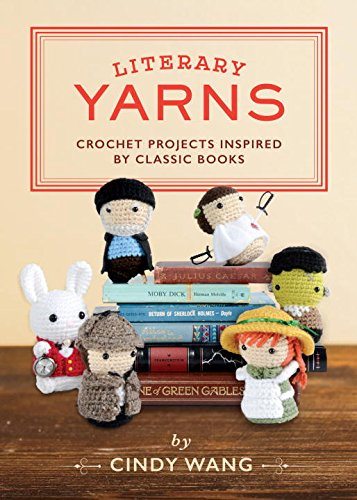 Crochet designer Cindy Wang, known better to most as The Geeky Hooker, has gained a lot of attention in recent years for her annual activity of hiding her own amigurumi creatures throughout San Diego’s Comic Con. This delights those who have gotten to know her work. The fun recently spread to the East Coast when she hid crochet superheroes around New York City. This fun attitude that inspires her “crochet ninja” revelry can be seen throughout her book Literary Yarns: Crochet Projects Inspired by Classic Books.

Cindy is inspired by many different things, primarily people and characters from books and movies. She shares in the introduction to Literary Yarns,

“I crocheted a little Frida Kahlo, a fuzzy Link from The Legend of Zelda, a miniature Walter White from Breakking Bad, a darling Harley Quinn from the Batman series, and on and on.” 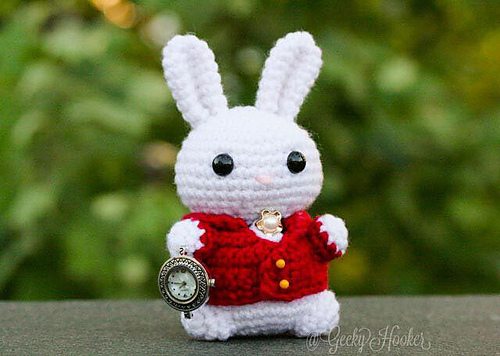 The inspiration for the two dozen amigurumi patterns in Literary Yarns come, of course, from literature. These are characters that most people have heard of and many have as nostalgic favorites from their favorite books (and occasionally the moves made from them). Many come from books you would find on a high school reading list (The Scarlet Letter, Animal Farm and Frankenstein), books that you may be inspired to read again as you work on these crochet patterns.

This book is filled with Cindy’s sense of whimsy. There are “quotes” at the top of each section that have been adapted from the original literature to fit a yarn-y theme. For example, the section on The Scarlet Letter reads, “But this has been amigurumi of passion, not of principle, nor even purpose.” (In the original, the word “amigurumi” is “sin”.)

Cindy also gives a brief introduction to the story before getting into the patterns. Sometimes it’s a cheeky recap of the tale; Pride and Prejudice‘s description includes: “Boy falls in love with girl and proposes marriage. Girl declines because boy is a jerk.” Sometimes it’s more of a fun fact, like sharing for the Wizard of Oz that although the technicolor movie had ruby red slippers, the original Dorothy character in literature wore silver shoes.

Learn The Basics of Amigurumi Crochet

“When I make the finished products I don’t have to think about how they’re being made or if those steps can be followed, I just make them my way until everything looks right. When I’m writing a pattern that’s meant to be followed by others, I have to account for every single step and make sure everything is as clear as possible.” – Cindy Wang in an interview with Temple of Geek

Cindy says in the beginning of the book that if you’ve never crocheted before then you should learn the basics before proceeding but the truth is that she provides enough detailed instruction in the beginning of this book that most beginners will find themselves able to learn from the book itself. There are photo tutorials for starting with a magic ring, starting a spiral in single crochet, identifying front and back loops, closing off pieces, joining sections, and adding details with surface crochet. You can certainly refer to basic online guides to help with decreasing stitches, working half double crochet, and anything else you run into trouble with if you’re a beginner to amigurumi/ crochet. Each crochet pattern includes easy-to-understand written instructions with clear photo guides where necessary and extra notes to help you along. The patterns are worked primarily in worsted weight yarn using a size E crochet hook (with some sections made in a smaller or larger hook as indicated). 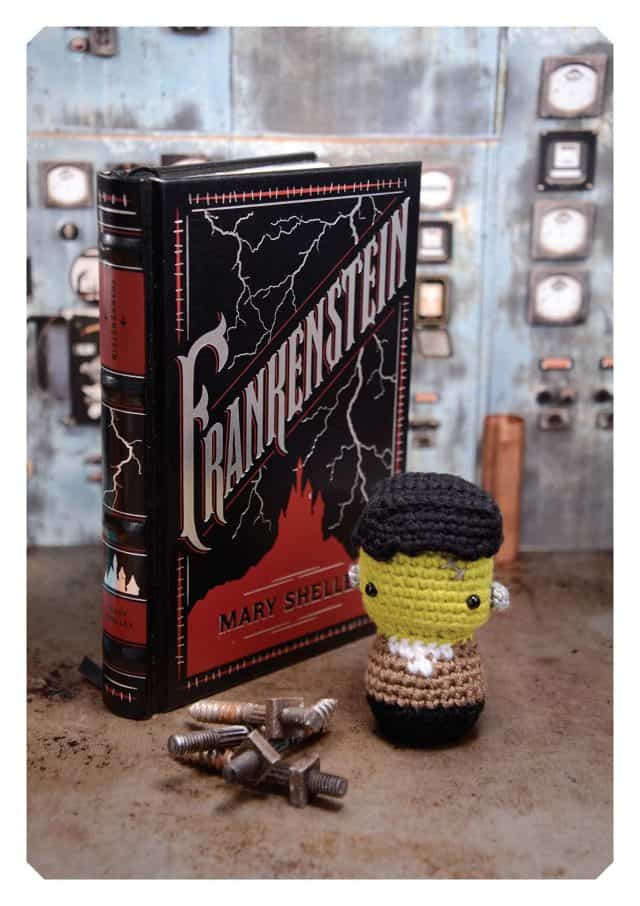 What Others Have Had To Say

“Napoleon, the pig in George Orwell’s “Animal Farm,” is a tyrant who seizes power and turns the farm into a dictatorship. But in Cindy Wang’s new book, “Literary Yarns,” he’s tiny and pink and irresistibly cute, a tubby ball of yarn wearing a monocle.” – Alyson Ward

“Really cute idea, these little guys will look great decorating my bookshelves. The instructions are clear and there are lots of pictures in the tutorials. I’m going to make the ones I want then pass the book to my cousin who is also looking forward to making some for her shelves. I definitely recommend.” – Kimberly, Goodreads

“Literature lovers can decorate bookshelves, proclaim a love of reading, and show off crafting skills with adorable amigurumi, sweet crocheted characters that are simple to make and impossible to resist!” – Crochet Envy