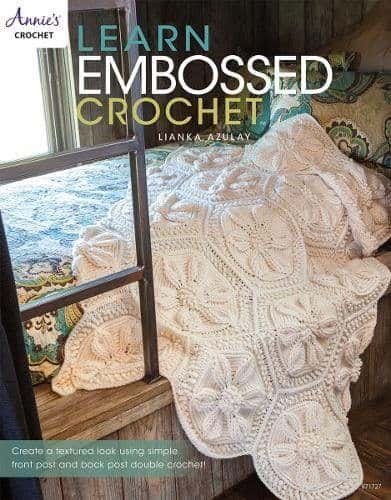 Annie’s has published a book by Lianka Azulay of Bonita Patterns called Learn Embossed Crochet. The textured technique is rapidly taking the crochet world by storm. So what exactly is embossed crochet? 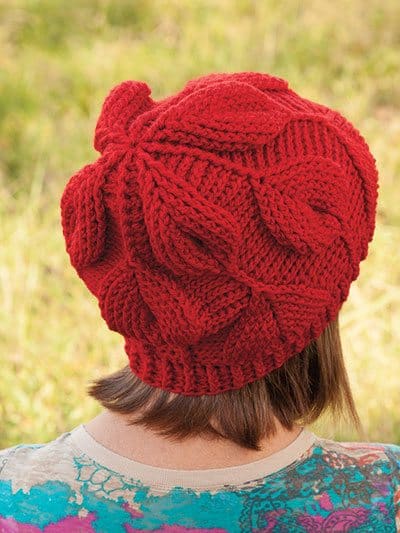 The cover of the book says, “create a textured look using simple front post and back post double crochet”. The book’s description elaborates that this “creates a textured fabric where the beauty of knitted cable leaves have been translated to crochet.” So what we quickly learn is that embossed crochet uses post stitches to create highly textured bas relief designs inspired by nature, designs that look like they could have been knit. 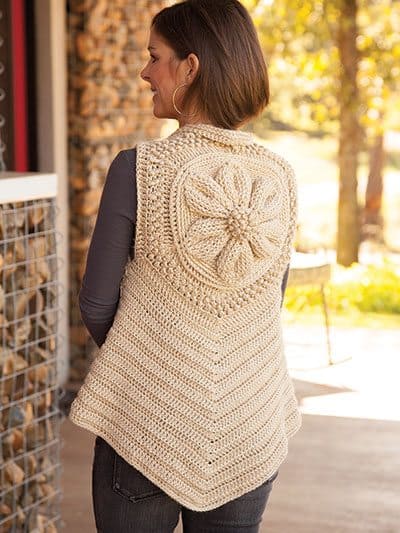 On her own site, Lianka adds, “The fabric produced in these designs translates to crochet the textures and depth of Aran knitting.” She suggests that this is a great option for people who don’t know how to knit but want to create that same style … or for people who do know how to knit but want to work more quickly, which the crochet technique allows. Lianka shares on her crochet blog that she learned knitting after crochet and remains considerably slower at it so she doesn’t like to knit large projects like afghans; the embossed crochet technique lets her get that look while working quickly. 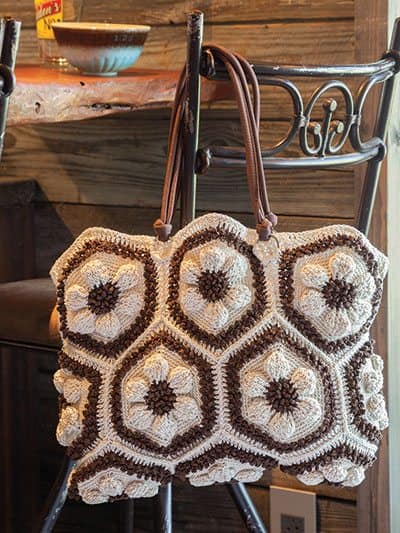 Lianka’s embossed crochet book includes ten patterns for blankets and accessories. You’ll find that almost all of the crochet patterns are worked in a single color, with the design emerging through the textured technique. It is a very elegant technique. One of the crochet purses does have two colors, using a border around the embossed motifs to add additional depth. It would be fun to play around with variegated yarns and color combos to see what else you could do with this technique but the patterns are sophisticated the way that they are. 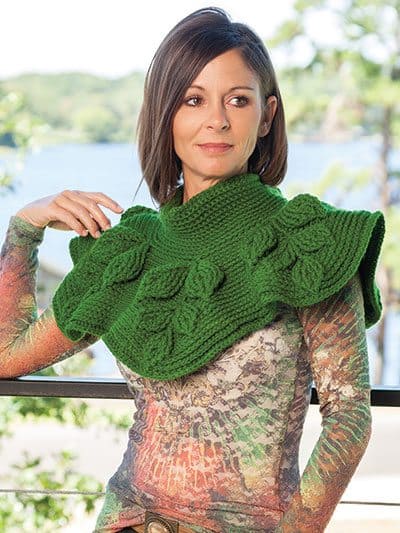 Lianka’s embossed crochet patterns can also be purchased individually from her site (although if you like the technique it’s considerably more affordable to buy the set as a book, but you can get discounts for buying more than one pattern at a time through her Etsy store). She also sells pattern kits for people who want to get the pattern and yarn for one design together. 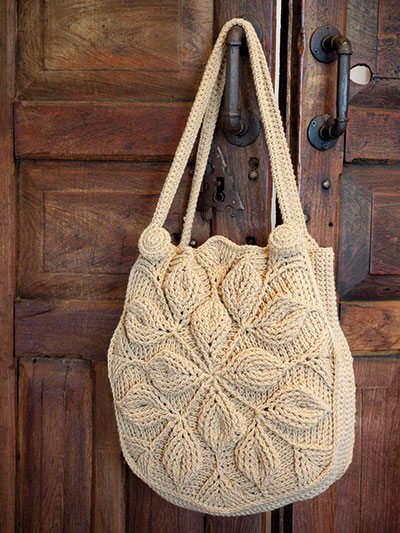 Technically, the term “embossed” refers to a variety of techniques in craft that create a raised design. Lianka’s embossed crochet technique is a unique one that really stands out among the crowd. But it’s not the only type of crochet pattern that has been called embossed. Some people consider embossed crochet to be any design that’s raised off of the background texture. This would include many flower crochet designs with layers that are lifted out of a square, for example. It also includes all of the popular designs that are created by using bobble stitches to create shapes, graphics and words on crochet fabric like in this bobble heart square by Bella Coco: 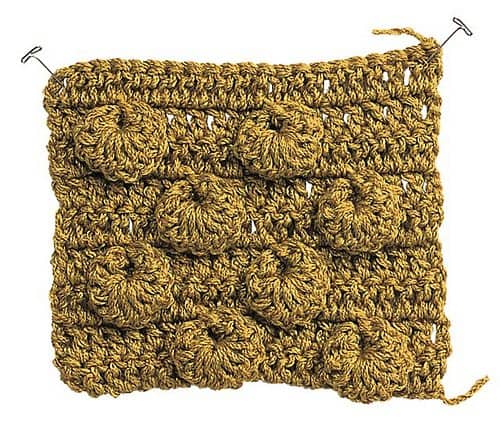 Heather Hensler on Ravelry has an embossed vines crochet pattern that she says is “post stitches that are worked on a sc background”. The design can be worked in a single color, as we saw with the designs from Bonita Patterns, or in contrasting colors for more drama, as seen in this image: 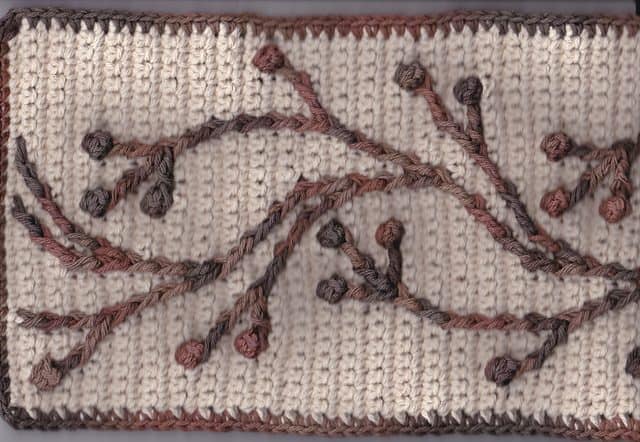 Crochet by Jennifer has a few great crochet patterns that are defined as embossed. It’s hard to tell from images whether there is really an elevation of the design off of the fabric but she has used a unique combination of horizontal and vertical ribbing to at least create the illusion, as we can see in this beautiful baby hat crochet pattern: 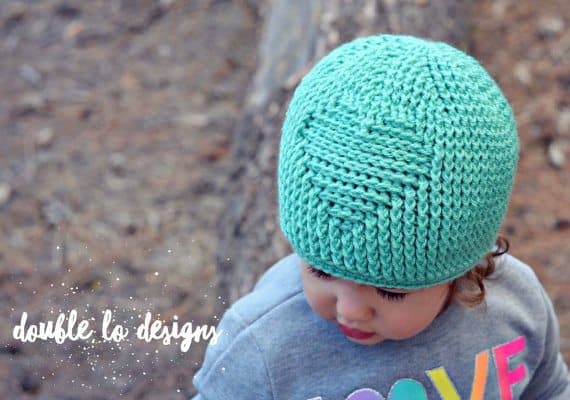 And finally, My Picot has a free crochet leaf pattern that is called en embossed leaf, perhaps because it is intended to sit atop crochet fabric in Irish lace style: 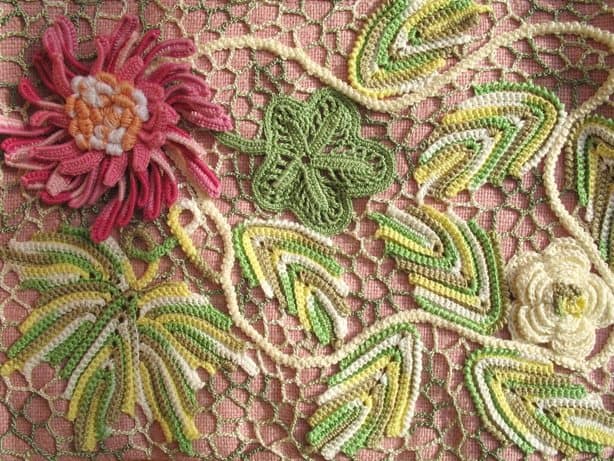 Learn Embossed Crochet is available as a print book or as an ebook. 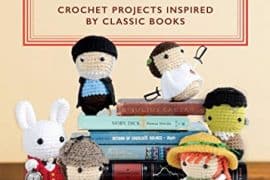