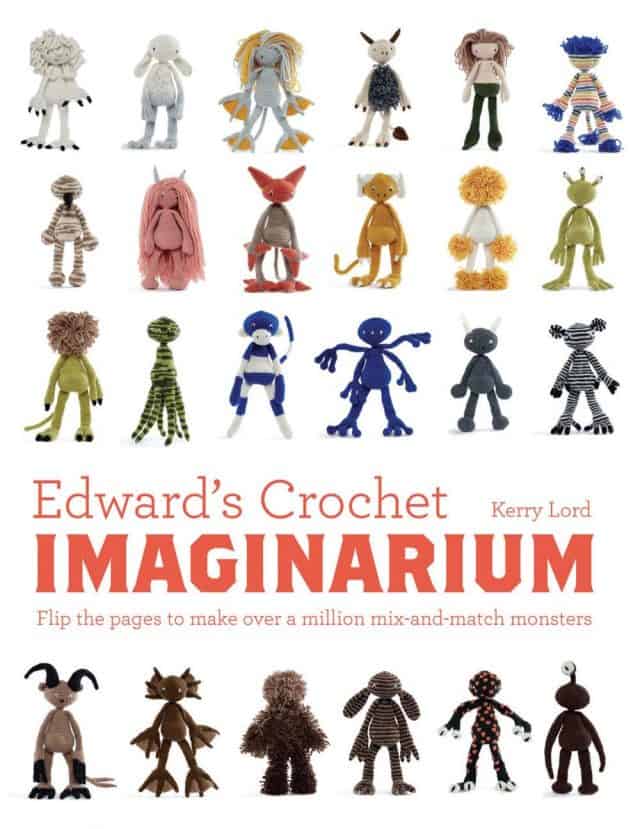 I was thrilled a couple of years ago when Kerry Lord came out with her book Edward’s Menagerie. I try to review at least 50% of the crochet books published each year so I see a whole lot of crochet books. There is usually something in each of them that is inspiring but after awhile they all do kind of start to look the same; you have to dig deeper inside of them to find what makes them special. So I was pleasantly surprised by Edward’s Menagerie because it was so immediately different from everything else. Kerry’s creatures were amigurumi animals but they were different in shape, style and inspiration. They captured the imagination.

Kerry followed up that book quickly with Edward’s Menagerie: Birds. This collection solidified her unique personal style and introduced a whole new set of characters to the world. I wouldn’t not have been surprised, nor disappointed, if her next book was another themed set of specific animals. But she has taken things even a step further with this third book and it truly stands out as a unique work of crochet art. Edward’s Crochet Imaginarium has the same signature style of crochet characters but is constructed in such a way that you’re able to create “over a million mix-and-match monsters” using the pattern instructions combined with your own creative decision-making skills. 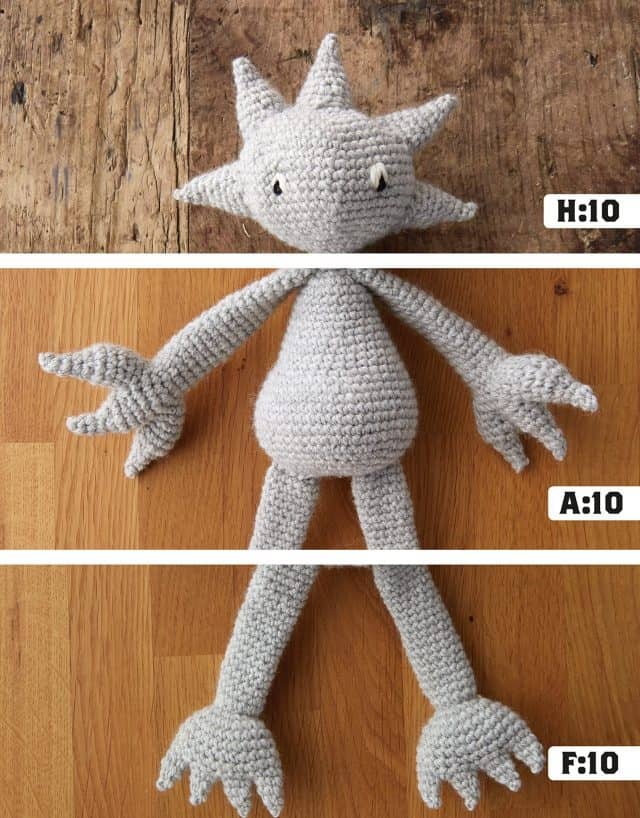 The first section of the book is where you’ll find the mix-and-match flipbook pages. Each large page is divided into three sections that can be flipped separately from one another. The top section is for head patterns, the middle for arms and the bottom for feet. On the front of the page is the image and on the back are the round by round instructions. So you can flip until you’ve found a design that you like and then use the instructions to crochet the basics of the creature. All of these features are added on to a basic crochet head and body form, a simple design that is made from easy instructions.

This approach to the design process is obviously different from the standard patterns that you get in most crochet books. Kerry says in her introduction:

“Rather than giving you a fixed number of projects, patterns and their accompanying instructions, it provides the building blocks, technical tuition and inspiration to enable you to make an almost infinite number of unique projects.”

She goes on to say that she hopes that the flip pages will allow children to influence the design process. You can let them pick the head, arms and feet so that you can create a creature of their own design. She hopes that the adult, too, finds inspiration in the whimsy and creativity of this approach to crochet. 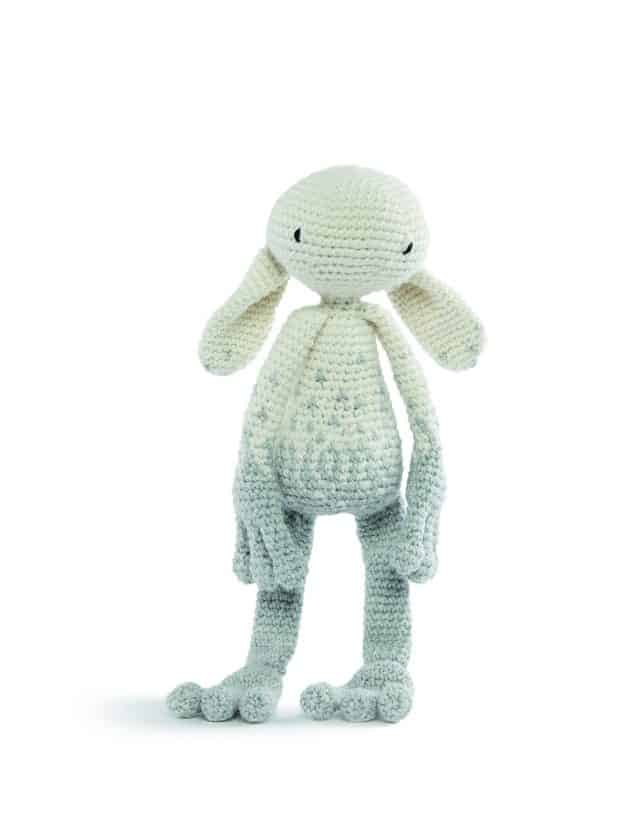 The second portion of the book offers a variety of different choices for you to further personalize any design that you make. It includes some suggested tail patterns that you can add. It provides instructions for a whole host of different color changes, including stripes, speckles and spots. And if you’re feeling unsure about where to begin, there are 40 photos of completed monsters along with the accompanying information to make each of them.

I really love this book even though I almost never make amigurumi or stuffed animals myself. That’s because I love the unique designs, ones that you just aren’t going to see elsewhere, and I really love that you’re encouraged to take the creativity even further. I rarely use crochet patterns myself and typically fiddle with the ones I do use. I like the process of creativity that goes into crochet. That’s not to say there’s anything wrong with following a pattern, just to note that there’s something liberating and self-esteem building and expressing when you don’t. Kerry’s book provides a great stepping stone for anyone who wants to break away from following patterns but is just a bit scared to do so. Highly recommended title. Want to see what people have made? Check out #edsflipbook on social media.

All yarns for this title were sourced from TOFT, Kerry’s company and eco-friendly, sustainable alpaca farm.