Dover has a series of books called Crochet Stories that combine the sharing of popular stories with amigurumi crochet patterns for the characters in those books. Each of these books is really adorable. The stories are well-known and offer nostalgia for many readers. The characters are inspired, creative and yet easy-to-make. The books offer a great opportunity for a crafter to read the stories to children and also give them their own handcrafted versions of the characters so that they can act out what they hear. Or of course you could enjoy them yourself, creating vignette displays of your own favorite fairy tales populated with characters you’ve crocheted yourself. Today we’ll review three of those books and you’ll have the opportunity to win one in a giveaway. 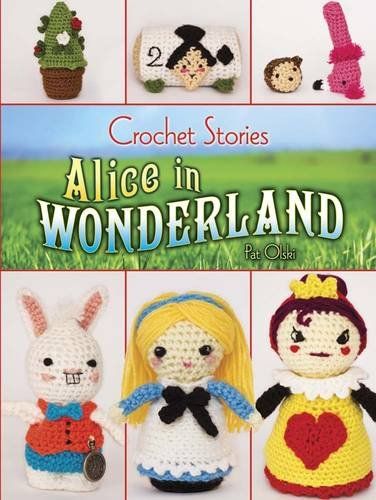 by Pat Olski tells the fame story of Alice in six chapters. Each chapter is about three pages long. At the end of each chapter are a few crochet patterns relevant to the characters or concepts introduced in that chapter. For example, the first chapter has crochet patterns for Alice (as well as Small Alice), the White Rabbit, the “drink me” bottle and the “eat me” cake. Each of these crochet patterns comes with detailed round-by-round instructions and finishing information for creating the amigurumi character. The book has a total of eighteen patterns; once complete you’ll have a full set to tell the story of Alice in Wonderland. 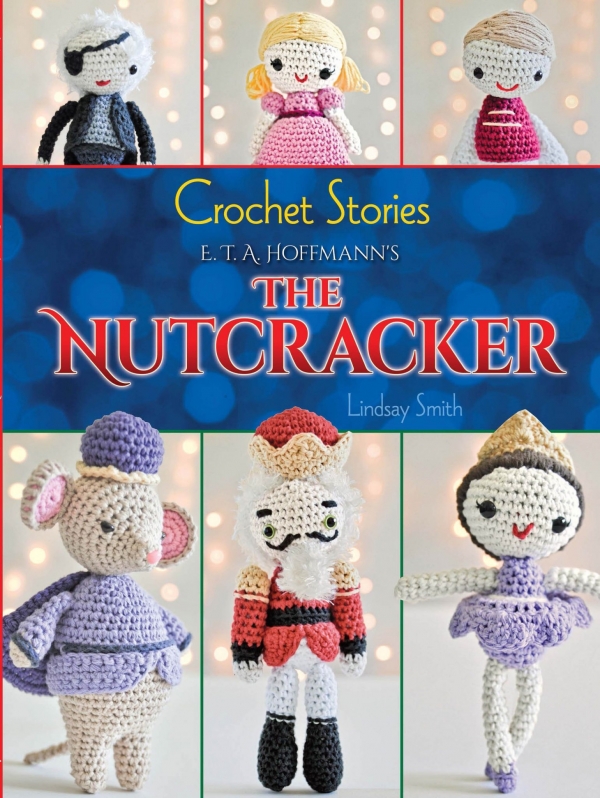 by Lindsay Smith is structured similarly, with 10 chapters, each of which is accompanied by related crochet patterns. The early chapters are brief, introducing the story and the characters, with longer chapters later to elaborate on the plot of this popular Christmas story. There are one dozen crochet patterns, some of which are very specific to the story (like The Sugar Plum Fairy) and others that would also work for general Christmas decorating (such as great crochet Christmas tree and a Gingerbread Man). The crochet book has a section at the back explaining certain techniques, including how to add hair to the characters with yarn, through photo tutorials. 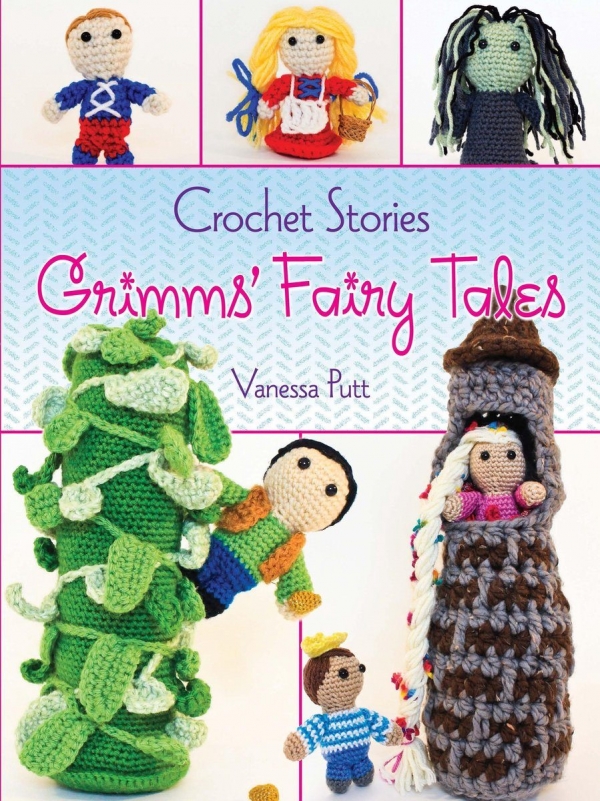 by Vanessa Putt is slightly different from the others in that it tells a collection of stories instead of a single tale. The book begins with general instructions for crocheting all of the patterns in the book and specific patterns for the “basic person” that is used as the starting point for the story characters. The book has five stories (Hansel and Gretel, The Hare and the Hedgehog, Jack and the Beanstalk, Tom Thumb and Rapunzel). Each chapter begins with the story, ranging in length from 4-8 pages. The story is followed by the patterns; Hansel and Gretel, for example, has patterns for Hansel, Gretel, the witch and the gingerbread house. There are a total of 16 crochet patterns in this book.

Giveaway closes 12/5/16. Three winners will be chosen; each winner will be allowed to select one title out of these three. Winners announced shortly thereafter via email / social media and books shipped out by publisher shortly thereafter.

The Crochet Stories books would make great holiday gifts for yourself or other crocheters you love. Even if you don’t win the giveaway, you can get a terrific 25% discount when you use coupon code WRBA on the Dover craft site through 12/31/16.