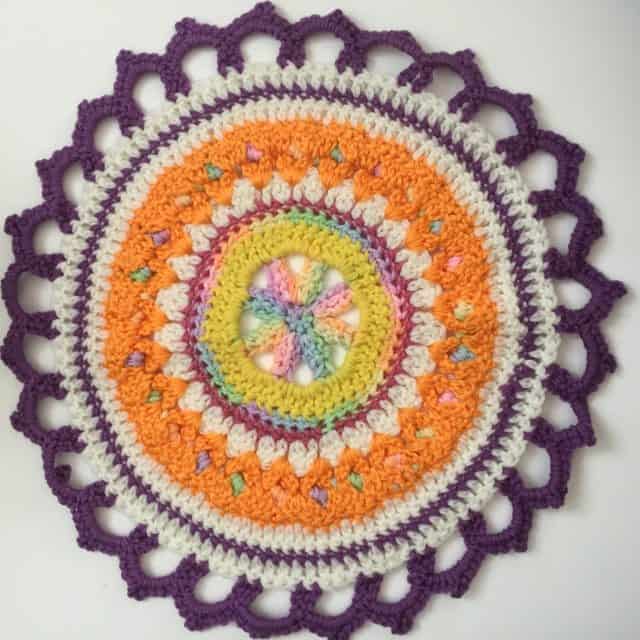 This contribution comes from Laura in Oklahoma, a crocheter for 40+ years who explains that the center motif of the mandala is from the Treva G. McCain Tucson Throw, the next four rows are Laura’s own, and the remainder of the rows are from Wink’s Crochet Mandala for your Home. Laura writes, 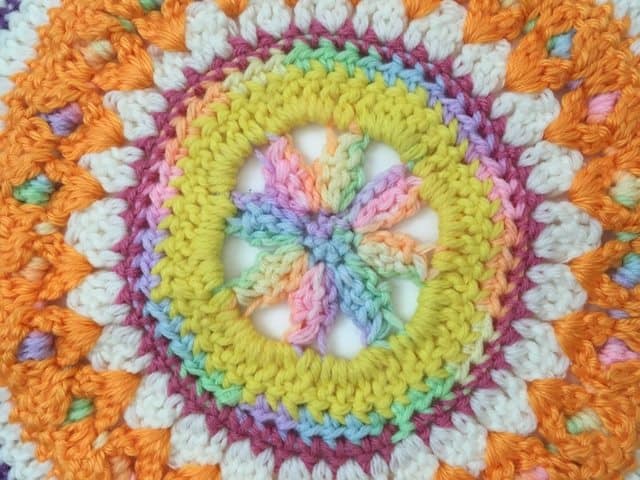 “When I first saw Mandalas for Marinke (and the other project – Mandalas for Wink), I didn’t realize who they were referring to. The name sounded familiar but I didn’t make the connection until I found myself on Wink’s blog – that is when the light bulb came on. I couldn’t believe it. That beautiful, awesome young lady was gone. By then, I had missed the first deadline for Mandalas for Marinke. 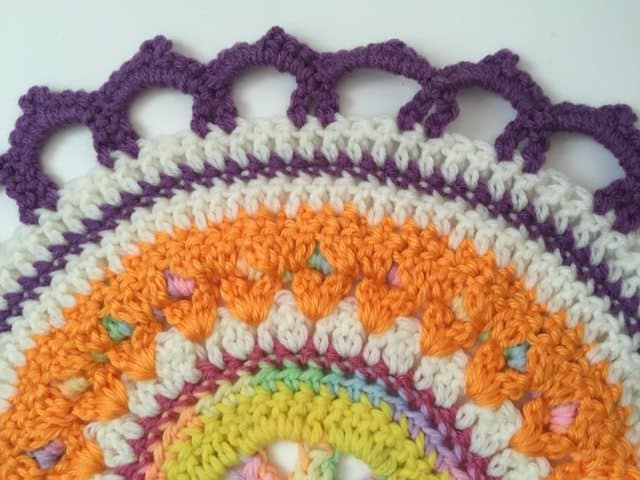 In September, I ran across Mandalas for Marinke again and saw that the deadline had been extended. I immediately started crocheting a mandala so I could participate in remembering Wink and helping to bring awareness to depression and suicide. 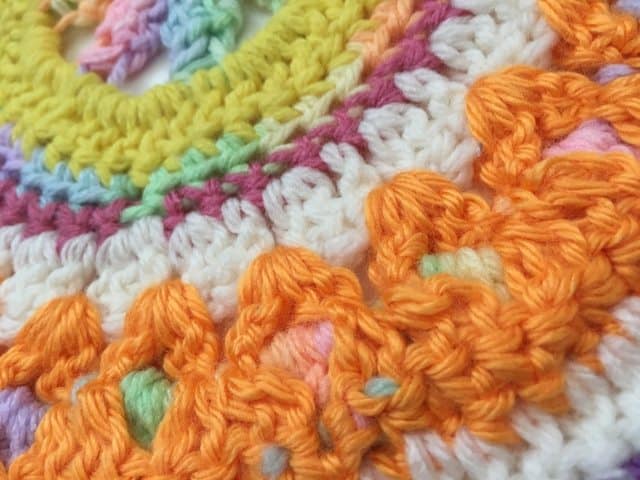 Last August 23rd, my beautiful daughter succumbed to her depression and took all of her newly-filled prescriptions. A friend realized what she had done and immediately took her to the hospital; otherwise, we would have lost her. 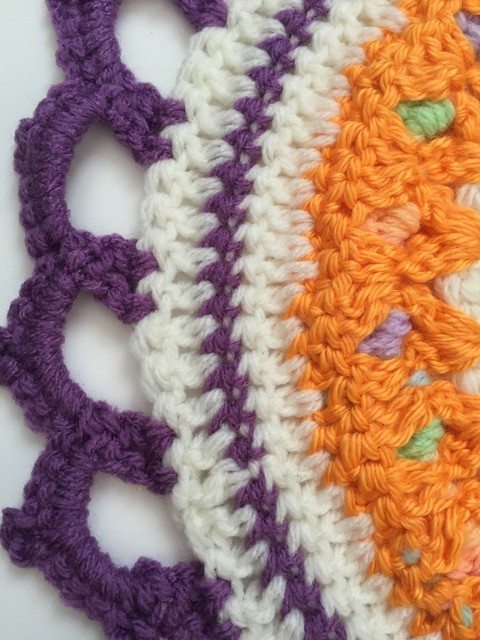 Depression and suicide awareness is now my mission – to help others who are depressed realize suicide isn’t the answer. They are not alone and without hope. We are here for them. WE CARE.” 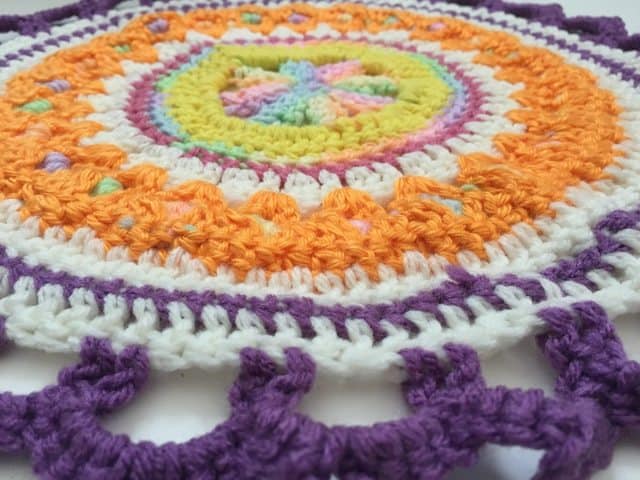 See all posts for Mandalas for Marinke