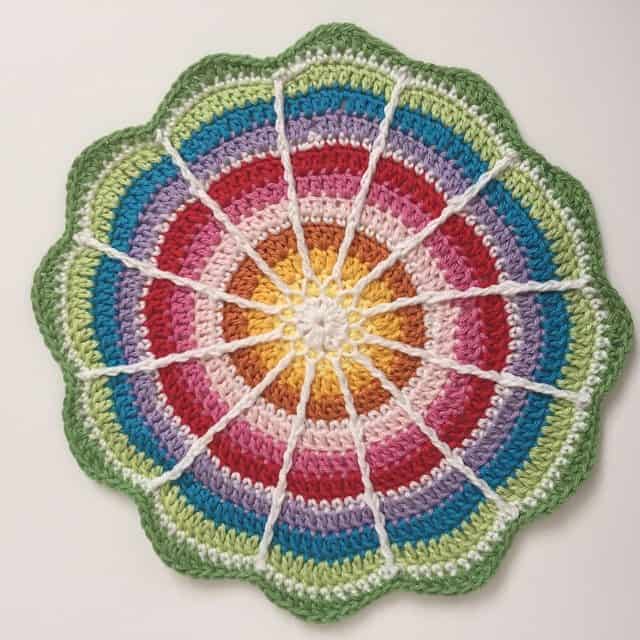 This contribution to Mandalas for Marinke is from Alexandra who shares, “I am from England, married and have two teenage boys. I love to crochet and Wink was a huge inspiration to me.” She writes this letter to Wink: 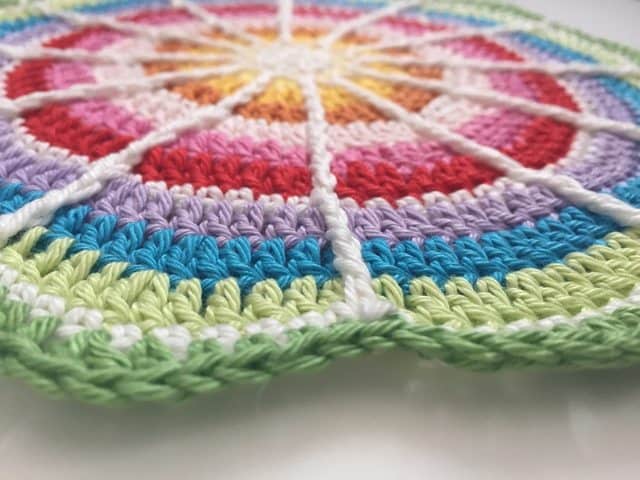 I wish I could have met you so that I could have told you how much you inspired me and many other crocheters. I have Muscular Dystrophy, and I feel crochet has cured my frustration of not being able to do the things I want … I have found that I am good at something!

I always enjoyed reading your blog and your patterns are amazing and so beautiful. I wish I could say, “Thank you” to you in person for choosing my beach bag as one of your favorites and for putting the photo of it on your blog.

I have made one of your mandalas in lovely bright colors as you showed me how to use colors together to make amazing projects. I will be forever grateful to you; it won’t be the same without you. I hope you have found peace.

Rest in Peace Dear Wink and Thank You!” 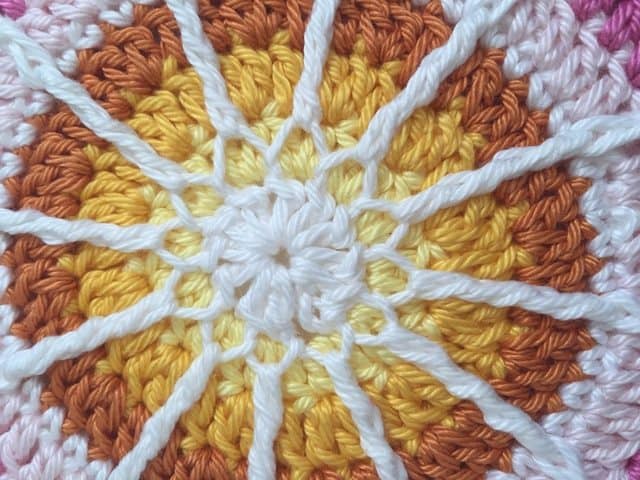 Here is an excerpt from my book Crochet Saved My Life in the section on rumination of the mind in depression:

“A June 2010 Whole Living article titled “DIY Therapy: How Handiwork Can Treat Depression” cites research by Yale University psychologist and author Susan Nolen-Hoeksema who specifically looked at the cycle of rumination in female depression. Hoeksema is quoted as saying: “We’ve found that doing a mentally absorbing task interrupts ruminations long enough for them to subside, and your thinking becomes more clear and less negative … Then when you go back to your concerns, they seem less overwhelming and you’re better able to see some action you could take to overcome them.” 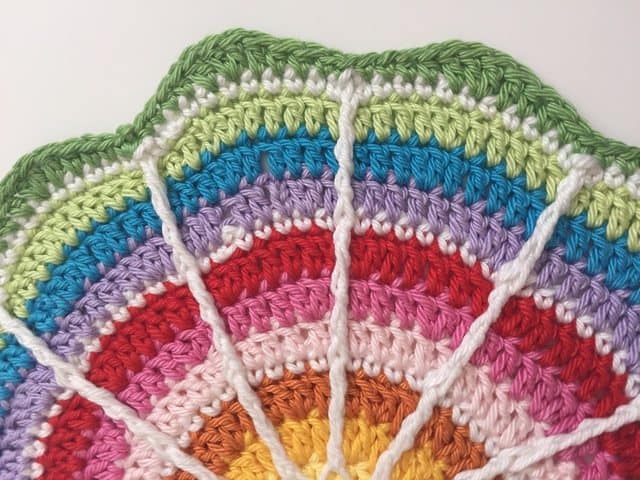 “People who are dealing with mild forms of depression, or who have depression that’s already being treated by medication and / or therapy may still find that they have cycling thoughts. Crochet is a motion-based activity that can help stop those thoughts in their tracks, re-focus them and put at least a temporary end to that oh-so-frustrating thought cycle. Stopping the cycle of rumination can be, at the very least, a source of reprieve from the pain of depression. At best, it may actually prevent the depression from continuing. A 2005 APA article also referencing Hoeksema’s work explains that the psychologist completed multiple studies that draw a distinct link between rumination and depression. She looked at groups like the Bay Area residents who lived through the 1989 earthquake and adults of various ages who lost family members to terminal illness. Her studies found that people in these groups who ruminated on their problems were significantly more likely to experience both depression and Post Traumatic Stress Syndrome (PTSD). The APA article goes on to say: “In addition, a community survey Nolen-Hoeksema conducted on 1,300 adults, ages 25 to 75, backed those results. It found that ruminators develop major depression four times as often as nonruminators: 20 percent versus 5 percent. (The results were significant even for ruminators who weren’t depressed at baseline.)” 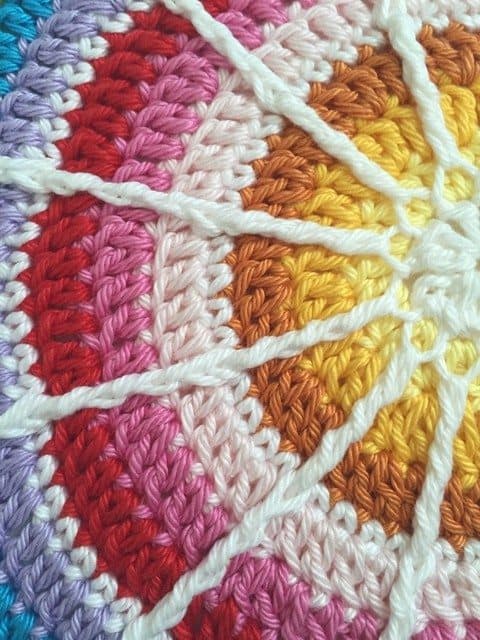 “Put more simply, Hoeksema’s research shows that if you ruminate on your problems then you are more likely to suffer from depression. One can then conclude that finding a way to break the cycle of rumination, through keeping-busy activities such as crochet perhaps, can help curb depressive tendencies. In fact, Hoeksema went on to do research with Stanford University’s Sonja Lyubomirsky that concluded that although it is difficult to get ruminators to stop ruminating on their problems, it is possible to distract them for a short period of time. Furthermore, once distracted, the ruminator is less likely to recall negative events and less likely to focus on problems. “ 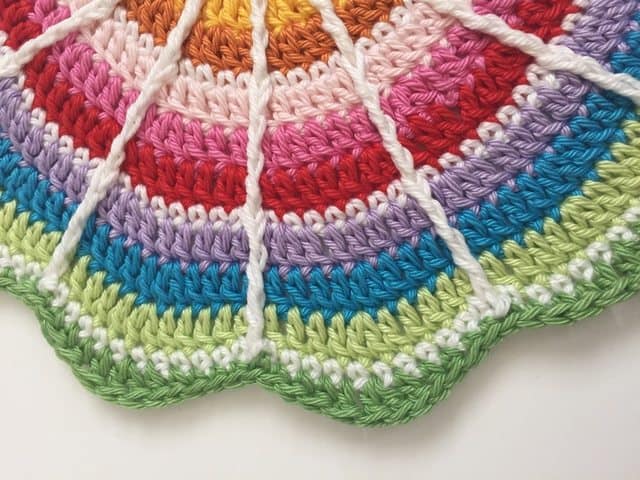 “So yes, it may sound silly when I say that crochet can help you through depression but this research suggests that if you can set aside how silly you feel for a minute and immerse yourself in the craft then you may be able to stop ruminating on your problems and you will be less likely to be overcome by them even once you stop the actions of the craft.” 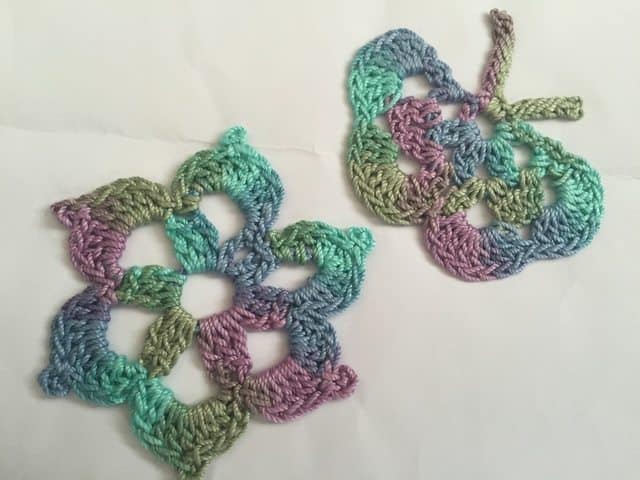 Alexandra included these lovely crochet motifs with her letter.

See all Mandalas for Marinke here