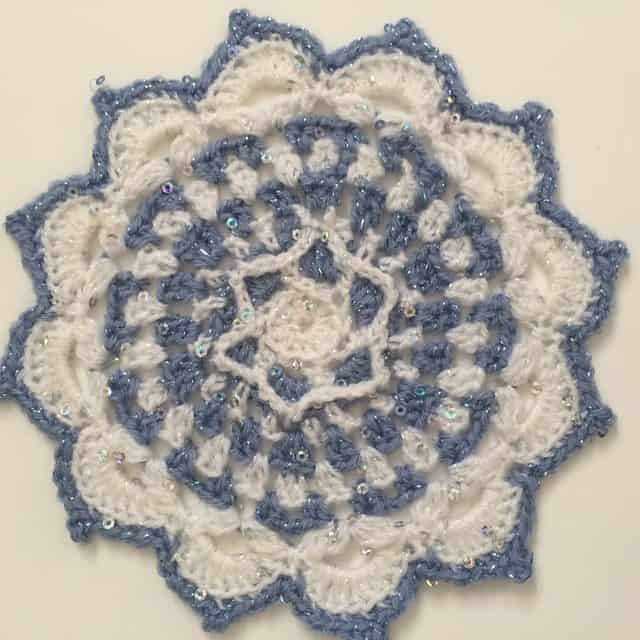 This fabulous crochet mandala is made by Carolyn Crankshaw. She was “trained as a scientist, currently a global product manager for a large life science company” and has “7 chickens in addition to the usual dogs, cat, etc.” She loves gardening – both vegetable and flower. 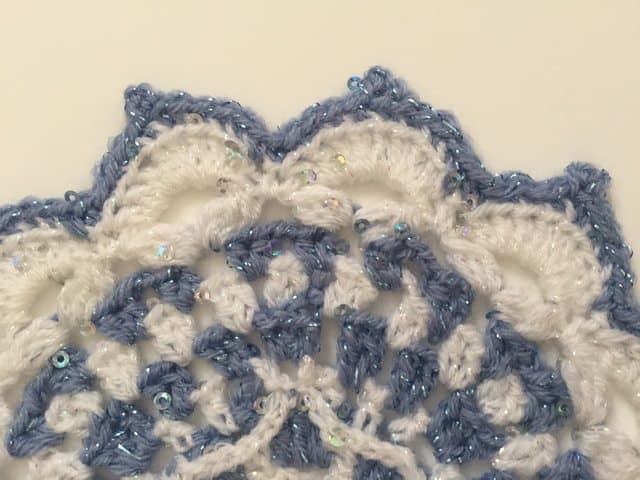 Carolyn used the mandala crochet pattern for the Ghzel Mandala by Svetlana Crochetoff. Her choice of the beautiful sequin sparkle yarn makes me think of Snowcatcher’s mandala as well. 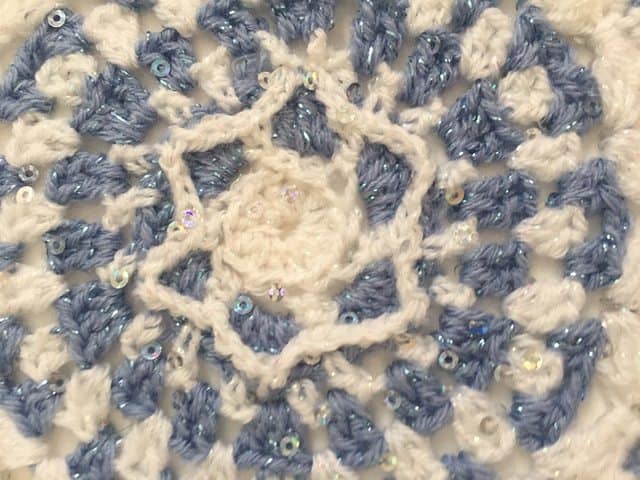 “I just started crocheting this year, and in the magazine containing the very first pattern I bought was an article about Wink and Mandalas for Marinke. I was touched by her impact on the community, and saddened by the thought that such a lovely spirit had been taken by such a dreadful disease. Science is just now starting to make true inroads into understanding the molecular basis for mental health diseases, and society beginning to relate to them as such. Projects like these help keep the cost in the public eye. Plus, it will be beautiful.” 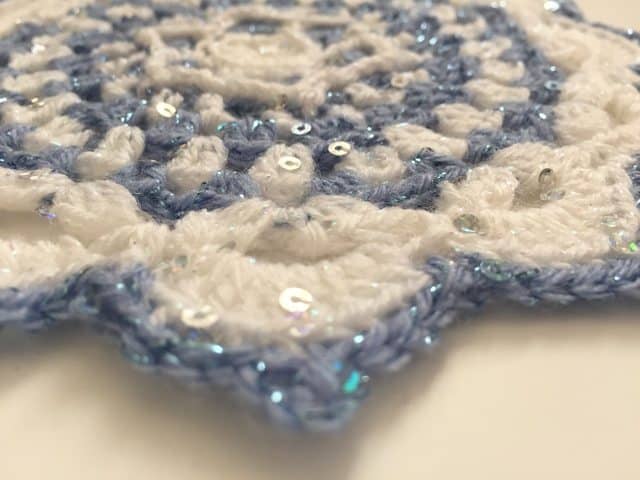 The CDC understands that depression and other mental health issues are diseases and studies them as such using a depression screener.

“NHANES is a program of studies designed to assess the health and nutritional status of adults and children in the United States, which is conducted in 2-year cycles. The survey is unique in that it combines interviews and physical examinations. The Depression Screener has been administered during a computer-assisted personal interview as part of NHANES since 2005. For more details, including the questions that make up the module and links to the data, refer to the following PDF file.” 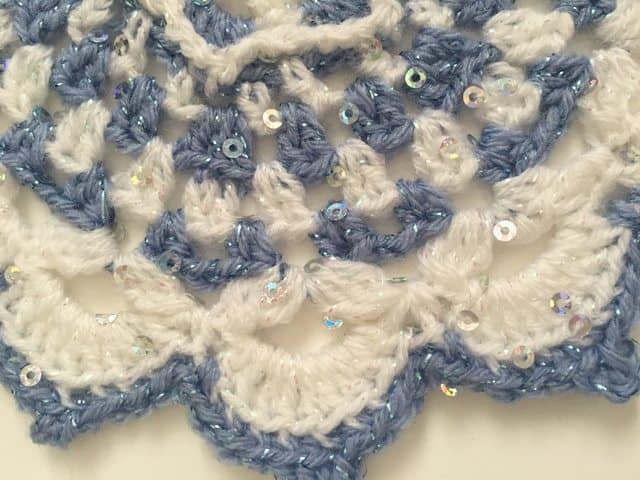 See all posts for Mandalas for Marinke here.