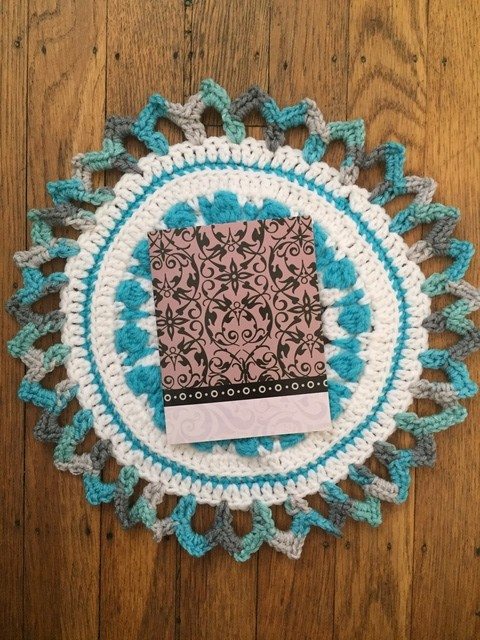 I adore the choice to make this mandala in blue, white and grey. It’s from Tina (@tinamariegirl on Instagram and Periscope), “a book and music loving crafty crocheter who wants to share her gifts”. I think what I love about it, besides just that the colors are pleasing to my eye, is that it represents to me this idea that our lives are filled with lots of blues and greys but also include much lightness and brightness. 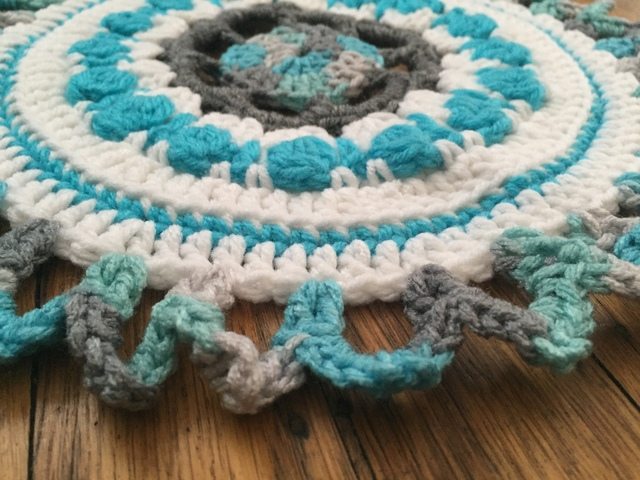 “Thank you for creating this project to honor Wink. I found her and her work shortly before she passed away. She will truly be missed. Because I found her later, her videos, blog and work are even more impactful; think of what a great spirit and creative the world has lost.” 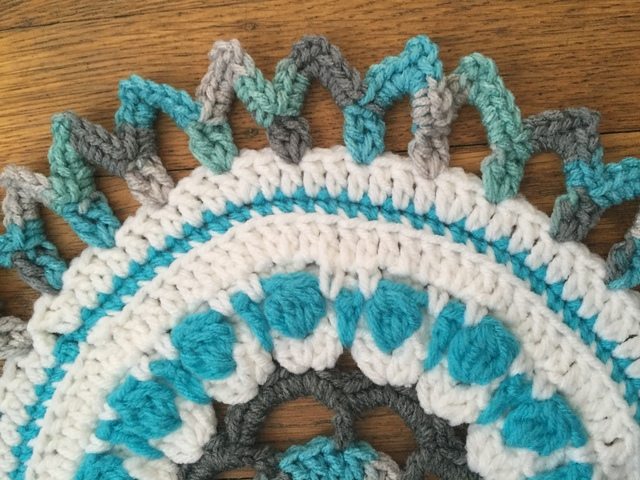 “I haven’t personally experienced true clinical depression but my mother was bipolar so I’m aware of the toll of it after watching her struggle and living with her as I grew up. I’m so grateful to learn that crafting as therapy has been helpful to so many people. Over the last few months I’ve resumed crocheting, and it has inspired me to be more creative. I haven’t been this excited in ages. My goal is to continue to learn this skill and open an online shop.

My prayers are with Wink’s family. I pray they know how much she touched the lives of so many people.” 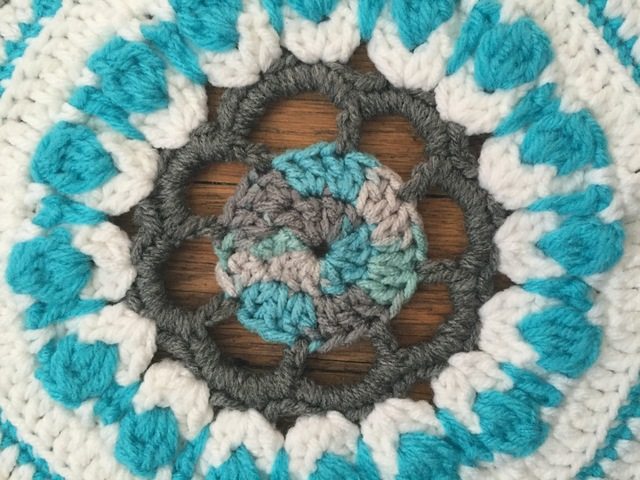 I also wanted to add that I was really charmed by the index card that Tina sent with her contribution. She initially couldn’t find one in her house then she remembered her mother’s old recipe box and sure enough there were some blank ones in the back. I loved this because it’s just another example of how creativity and ingenuity and domestic art and crafts of all kinds are passed from generation to generation in so many different ways. 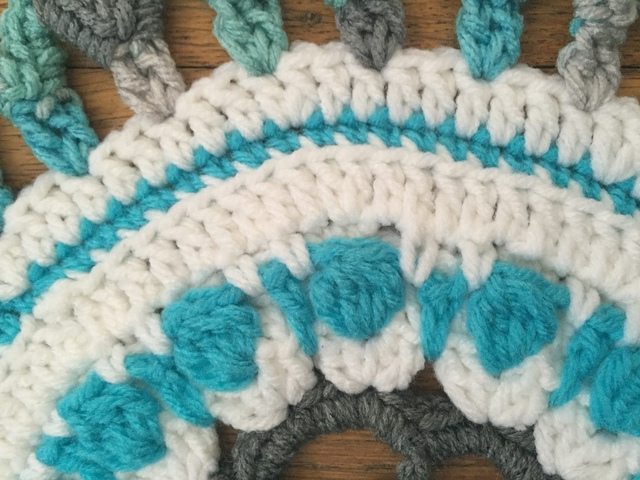 For the depression awareness section of today’s post, I wanted to mention that there are many instances in which someone does seek help, fails to get that help for one reason or another and subsequently commits suicides. I’ll share a few examples here from the news, along with a related story of my own, but I want to say first that I’m not sharing this to assign blame, only to highlight that being present and available during someone’s time of need may truly make a difference in the path they take. 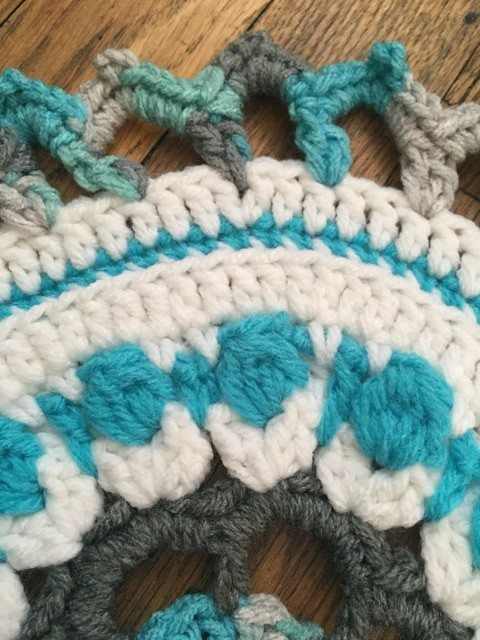 Again, I’m not sharing this to criticize any particular organization or situation. Hospitals of all kinds have rules that they need to follow, protocols, unique situations we can’t know about … That’s not the point here. The point is to remember to take it seriously when someone suggests that they want to die. Speaking of Suicide reminds us that the period after release from a psychiatric hospital is very dangerous; there’s a high risk of suicide at this time, which is important to know if you or a loved one get hospitalized or if you work with people in that situation. Being there, listening, taking “cries for help” seriously … these can all make a big difference in the outcome of a person’s life. 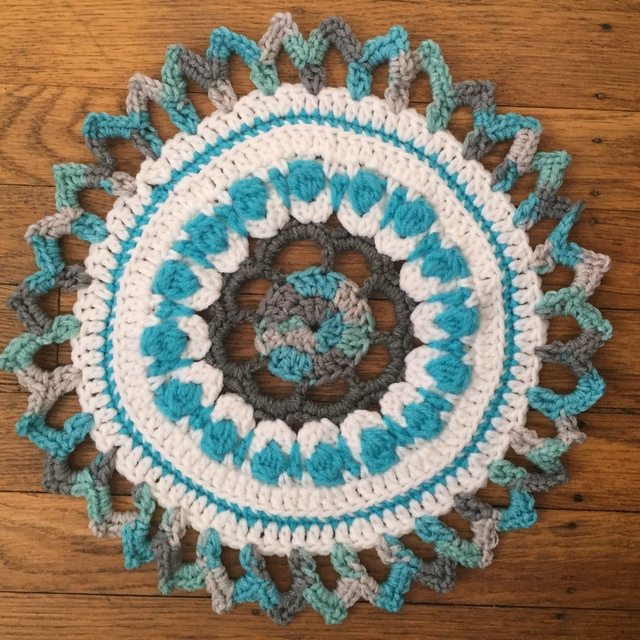 This post is part of the Mandalas for Marinke remembrance project.