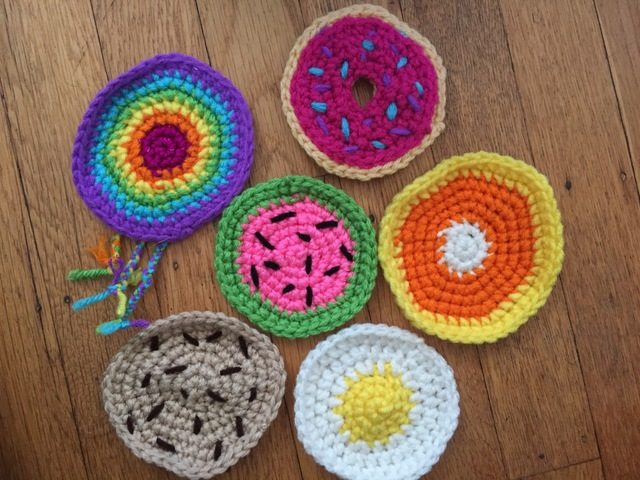 This adorable set of mini mandalas by Olivia Laws is mostly inspired by food, which makes perfect sense since she’s a crochet artist who has made a variety of pillows and soft sculpture pieces that are similarly inspired. She’s sent us cute versions of a chocolate chip cookie as well as a watermelon and it was intriguing to see how they are essentially the same but the color choices make all the difference! She sent a thicker, double-sided crochet donut mandala, a fried egg, and a candy corn inspired design. Finally, there’s a beautiful rainbow crochet mandala that has braided ends that remind me of what we saw previously from Leslie Rayborn. 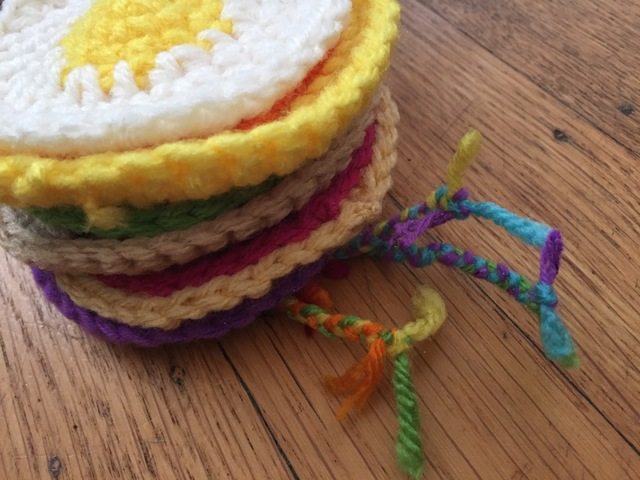 Olivia, an artist who specializes in soft sculpture, writes,

“Crafting and art are the place where our dreams can become reality. It’s the one place we can escape to and find light in the darkest times. We’ll never forget you Wink.” 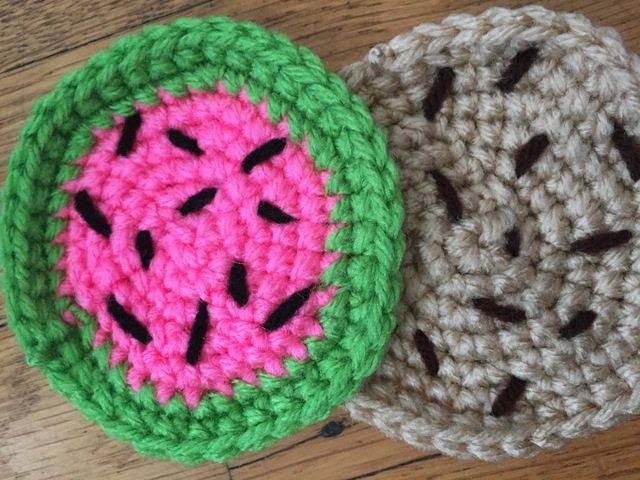 Today for the depression awareness portion of this post, I wanted to make sure you’ve seen the recent post by Lucy of Attic24, since I know that many of you adore her colorful designs. She posted about how difficult February was for her, referencing some health concerns (anemia and vitamin deficiency, both of which I’ve experienced myself). I want to be clear that she doesn’t say anything about depression, but she alludes to similar feelings, and I think that any of us can relate to both the feelings here and the way that crochet helped her. She says, in part: 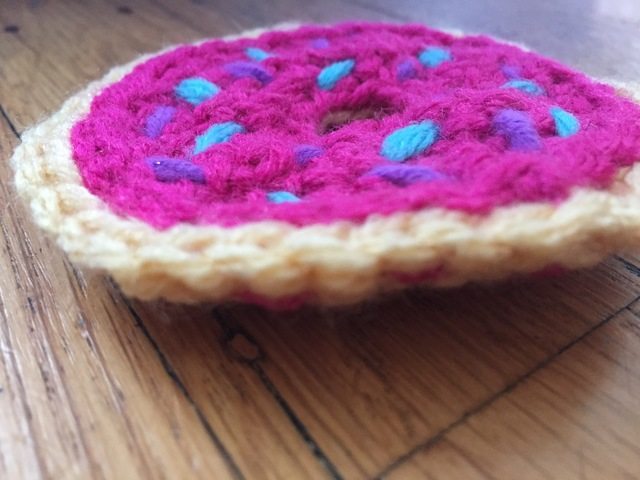 “Due to the tiredness I’ve been experiencing, I simply haven’t had the stamina to do anything much in the evenings. Apart from crochet that is. I’ve found that crochet has really saved my evenings from being a blur of nothingness. Often I’ve retreated to bed at 8pm to cosy up and work on some colourful rows – crochet really is the perfect therapy and a very, very happy way to end a long tiring day. Particularly with the easy granny stripe pattern, I have found the repetitive stitches have often sent me into a kind of a trance which is soooooo relaxing and a down right lovely experience.” 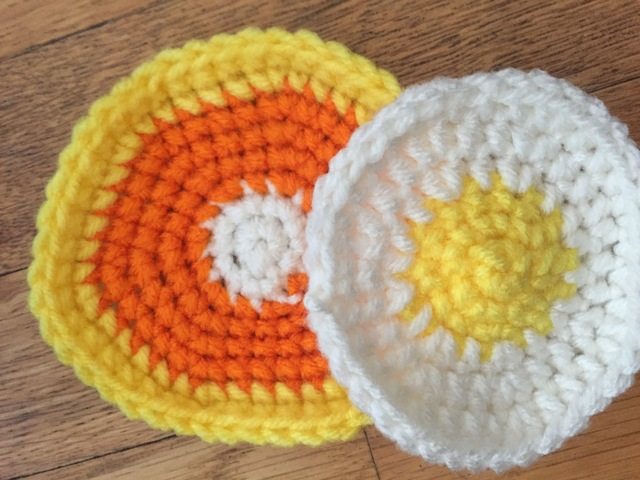 And finally, I wanted to mention that Betsy Greer of Craftivism shared a terrific post on Facebook. She noted that she had recently been really hard on herself, feeling like she was failing at things, but then she changed her perspective and realized that actually being behind on everything was a sign of success and that it just required her to change some things in her work, to ask for help from others where she needed it. This post resonated so, so much with me, because of where I’m at with some things in my own work, and I was happy at the end of the post when she wrote: 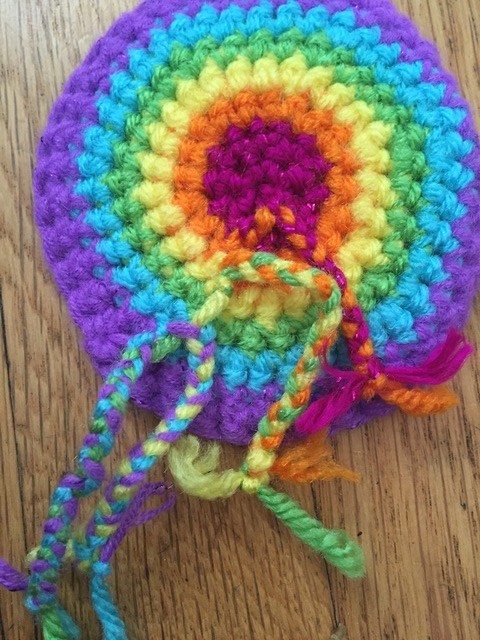 “And since I know I’m not alone in this, I wanted to give you a nudge if you need it, that it’s okay for you to do the same. We need you doing what you can do best, and for you to dazzle us with your amazingness, asking for help is not a failure, it’s a sign of great things about to come.” 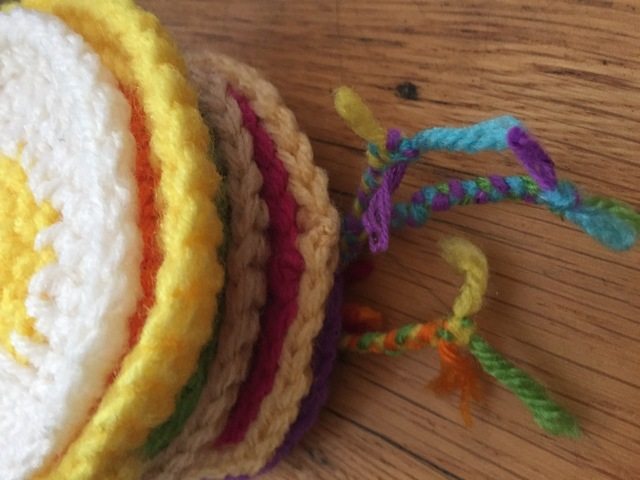