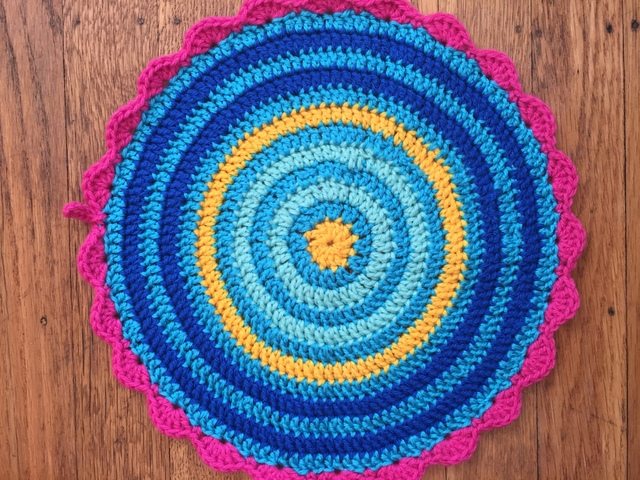 Today’s contribution to the Mandalas for Marinke project comes from someone I believe wanted to remain anonymous. However, I confess that things have gotten a little disorganized around here since I got rescue pup Katara so if for some reason I’ve made a mistake and you’re the maker and want to claim it, please do let me know. 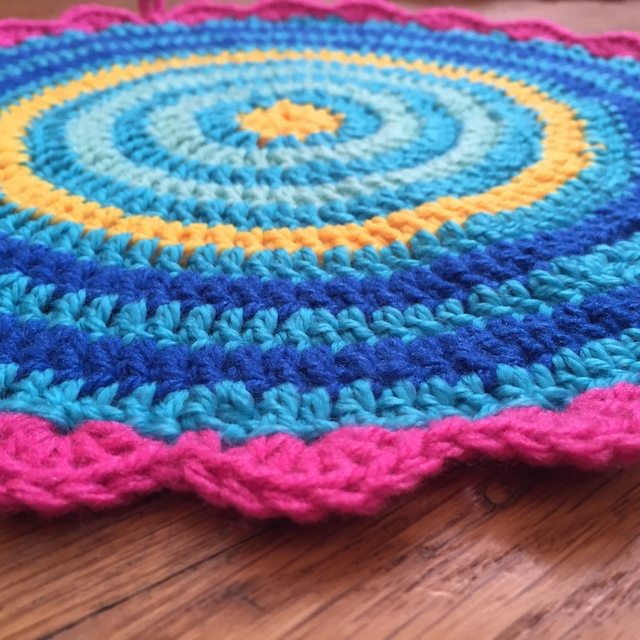 I’ve made my very first mandala for Marinke. I’m so sad that such a beautiful, generous, and creative girl has lost her battle. But the world is certainly a more beautiful place for having had her in it.

Sending love to all those who Marinke touched from the Gold Coast, Australia.” 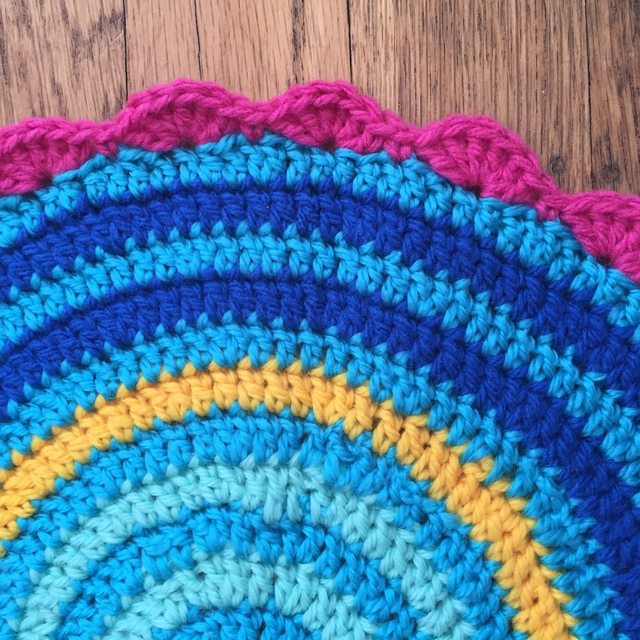 There’s something I especially love about the color selection here. The two rounds of yellow providing brightness among the many shades of blue, all encased in the boldness of the pink. It feels like it has so many layers of meaning. 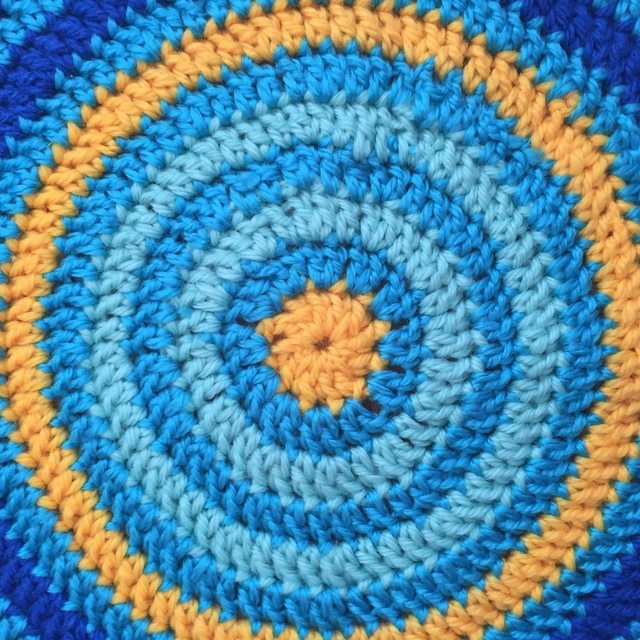 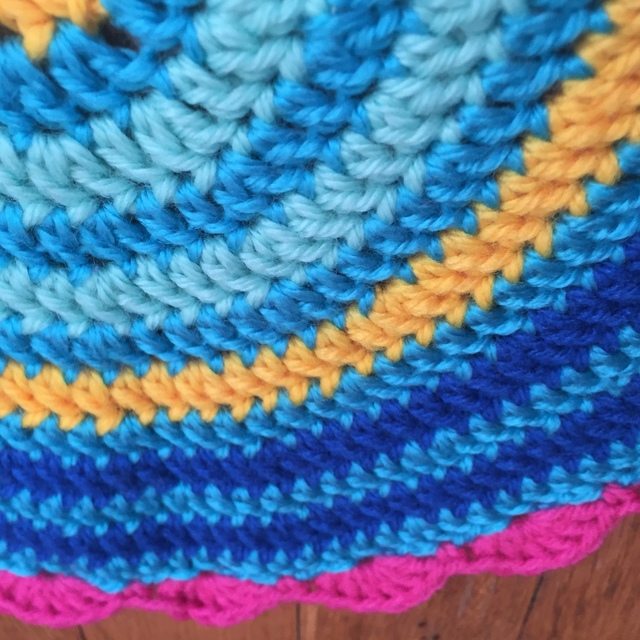 Further research has recently shown that it’s not just that we describe our worlds in this way but that depression can actually alter the way that we see the world; depressed people actually see more grey.

“This is because our emotions carry information about the value of objects, and that information is incorporated into the visual perception of our environment. The brain’s emotional and perceptual systems don’t seem to be completely distinct from one another, as was previously believed, but instead engage in a dynamic interplay.”

We are such complex creatures aren’t we? 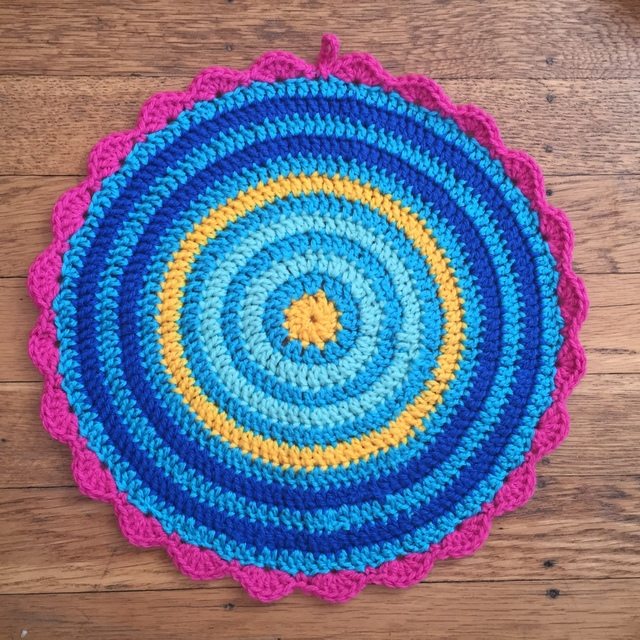