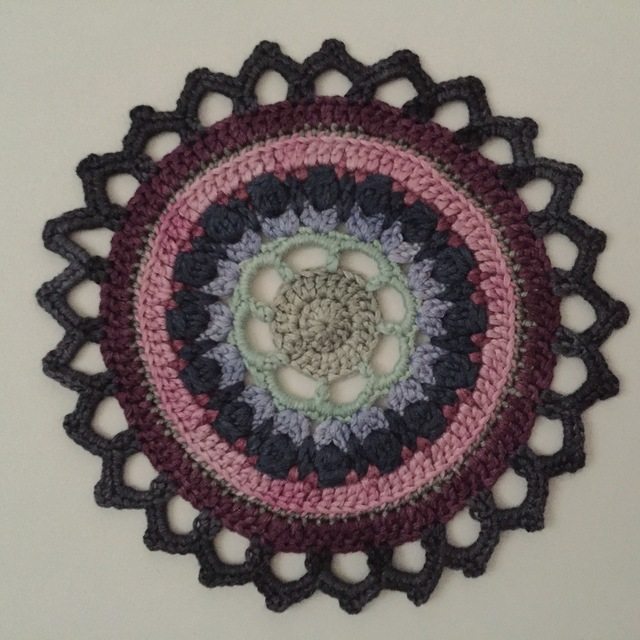 Today’s crochet mandala for the Mandalas for Marinke project is a special contribution from Stephanie Davies, a friend of Wink’s who was deeply affected by her loss. Stephanie blogs at A Bag Full of Crochet and can be found around the web including on Instagram and Facebook. 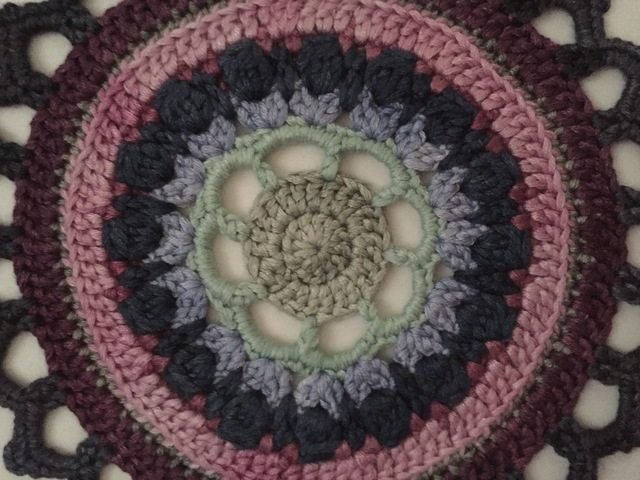 “Marinke was a good friend of mine. We met through Instagram and she was one of the first crocheters I followed on IG. We became fast friends and chatted often – on IG, Facebook and via email. She also helped my blog to take off by making some of my patterns and sharing them on her blog.

In 2013 we met in Bremen, while I was there on vacation. I was so touched that Marinke was willing to take a train and bus journey from the Netherlands just to meet me! We had a lovely day together and exchanged gifts. I will always treasure them. Two of the gifts I received were prototypes of mandalas.

I also helped her with the German translation of the first Scheepjes CAL, which she designed, and I used leftover yarn form the CAL for this mandala.” 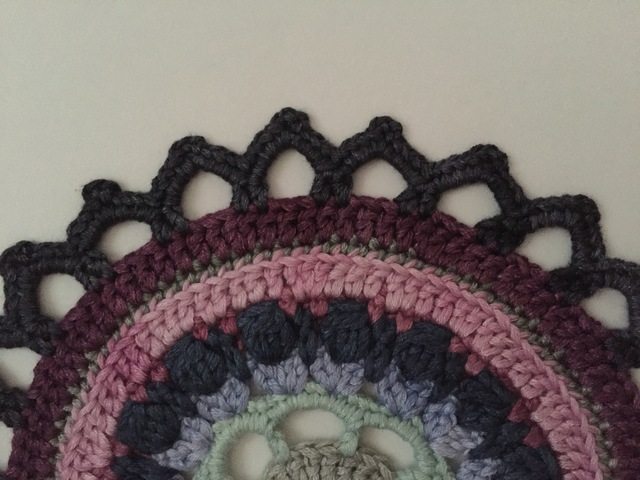 “I was shattered by the news of Marinke’s passing. We had planned to meet up again, since I moved from South Africa to Germany. It was one of the things I was really looking forward to after the move, something to anchor me. Knowing I already had a good likeminded friend in Europe made moving easier because leaving all of my yarnie friends behind was one of the toughest things I’ve ever done.” 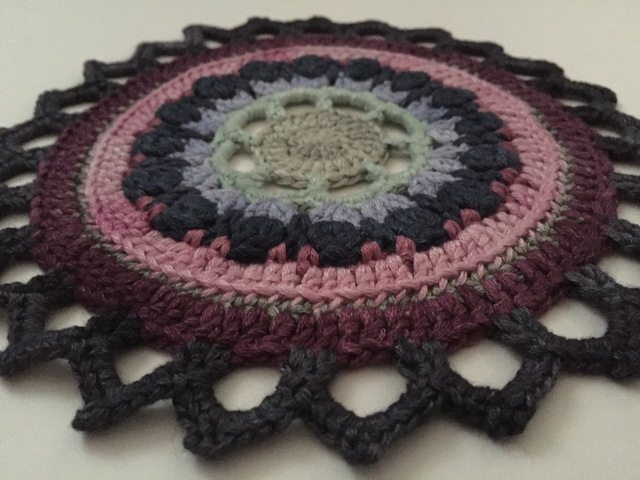 “Since the beginning of this year I have heard of a number of people, all young, who have succumbed to depression. The youngest was a pupil at the school I used to teach at and she was 12 years old. Another was a past pupil of mine, a bright shining star with so much talent and then Marinke, also a bright shining star with an incredible eye for design, colour and texture. I know many people who battle with depression and I have noticed that it affects creative people even more than non-creative people.

Depression is real but it is always shoved under the rug. You’re not supposed to be sad because people don’t like to deal with sad people! I get that everyone has their own issues and that dealing with a friend or family member who can’t seem to get out of this dark cloud is draining but I think that this act of ignoring, or worse, telling a depressed person to ‘cheer up’ or that ‘things aren’t that bad’ is just the worst thing anyone can do.

There needs to be room for expressing all feelings and support during the feeling of those emotions.” 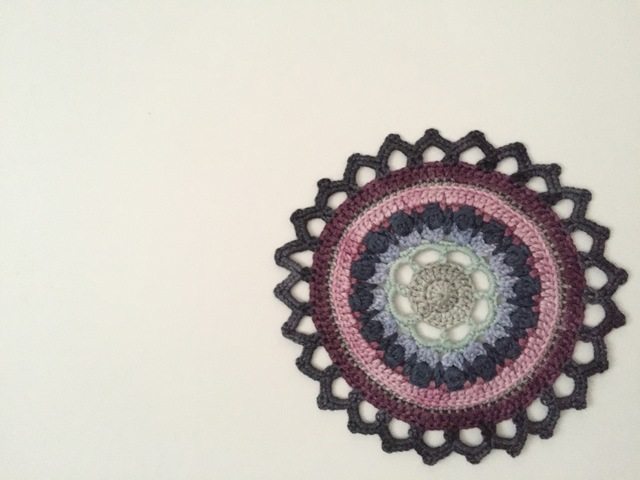 I think creative people are more prone to depression for a number of reasons: 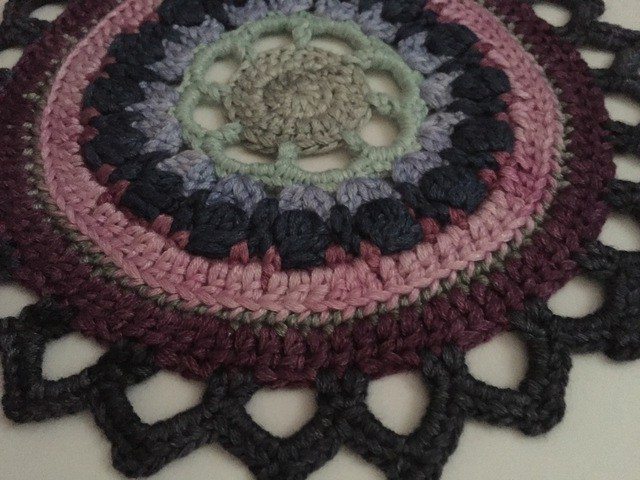 “For myself creativity has always been part of my life, whether it be drawing, painting, crochet or most recently knitting. I need to do something creative every day or I can actually feel myself going slightly insane. The repetitive motion of the hook or the needles helps my brain to focus. I work out all types of problems in my head while crocheting or knitting. Using my hands also makes me less fidgety. I don’t know what I would do if I wasn’t holding a hook or needles; probably bite my nails or something like that.” 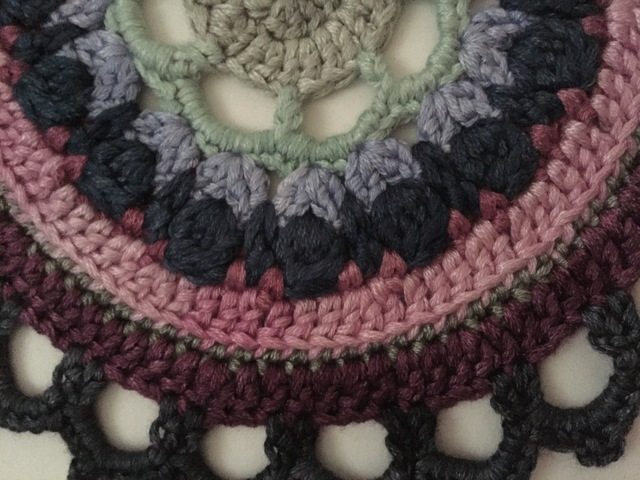 Stephanie shared more of her thoughts about the loss of Marinke and how it affected her in a really heartfelt post on her blog, which I recommend reading. I especially appreciate where she shared:

“What I can say though is that crochet and knitting, in fact any creative outlet does help me maintain my sanity. I can focus more after I’ve worked a few rows or rounds. I feel calmer and more centered.

BUT I do think that there needs to be a balance. I can see it in myself. To just sit and be creative. To be involved with your own thoughts and feelings all the time without socializing is very dangerous. It is one thing to centre yourself with your creativity. To work out the thoughts that fly through your head and come to grips with how you feel. However, do not wallow, and there is a very fine line between contemplation and wallowing. Believe me, I know.”

She also created the Colour Your Mind cowl crochet pattern in honor of Marinke, which she published this year on Worldwide Mental Health Day. 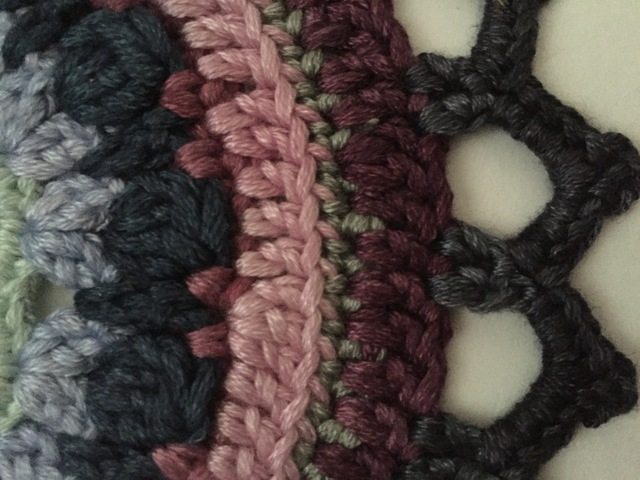