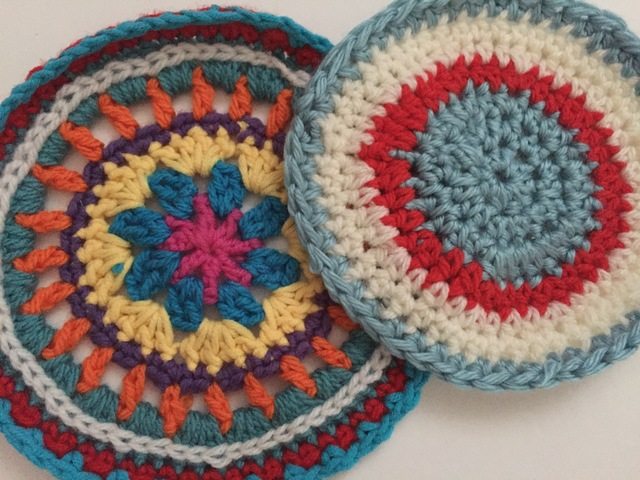 These two cute crochet mandalas come from Roxanne Brayshaw in Australia, on the Gold Coast. She writes:

“I came about your website from Sophie’s Universe, which I am undertaking at the moment. I must have been meant to find this site!

I was touched and very saddened to hear about Wink’s passing, even though I had not been to her site before. It was very touching to see her beautiful face, and to think about how hard it must be for her family. 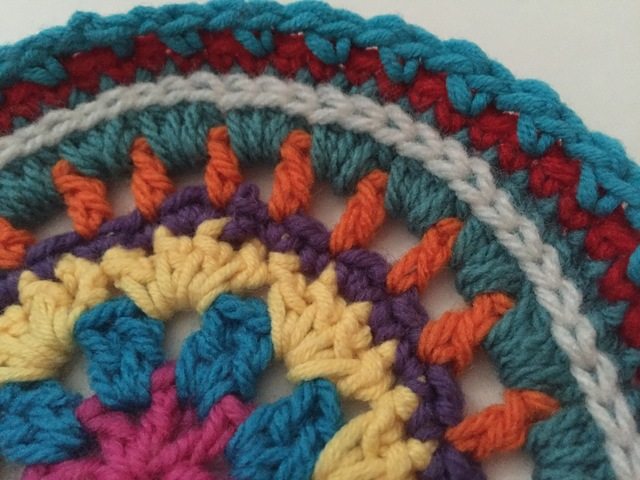 We have had over the past couple of years two of our best friends commit suicide by hanging. It has devastated their families, ourselves as friends, and our children, who are at a loss as to why they went to this extent.

We can never really understand what darkness comes to them at this time when they decide to take their lives. All we can say is that it wasn’t that and that they thought that there must be no other way to rid themselves of this terrible sickness.

I am a 53-year-old mother of four children. I came across crocheting just over two years ago as I was waiting in the chemotherapy ward with my mother who has terminal cancer. I saw a basket full of beanies there. I through to myself, “I could do that”, and I turned to Google to undertake crochet. Some of my earlier work was pretty poor but at the time it felt amazing. 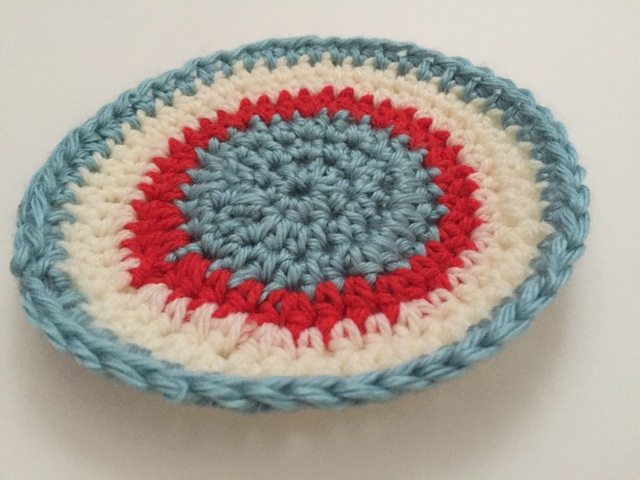 On Christmas 2013, I had 40 people over for Christmas lunch, and I had undertaken the task of giving every family, girlfriend, boyfriend, and friend an item of crochet in a symbol of my mother. To be honest, I do not know how I did this, but it was hugely emotional, and there was not a dry eye in sight. Since then, I have given away every piece of crochet.”

Roxanne also shared that one of these crochet mandalas, made using a pattern from Lucy of Attic 24, was crocheted while she was staying at a girlfriend’s property called Tenterfield. Her husband was one of the friends that committed suicide, so it felt apt to send it in for the project.

Roxanne is the director of Brayshaw Constructions, a family business. You can see her crochet on Pinterest. 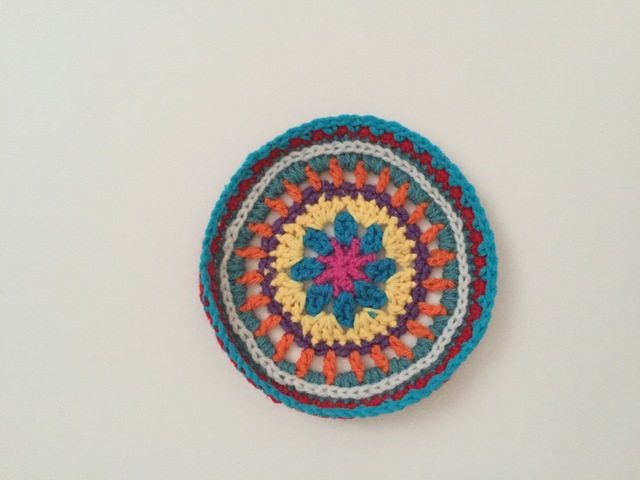 Yesterday we looked at a video from suicide attempt survivors. These powerful people have a lot to share about what caused them to make their attempts and what helped them to move past it and turn their lives around. I thought I’d share some more related resources: 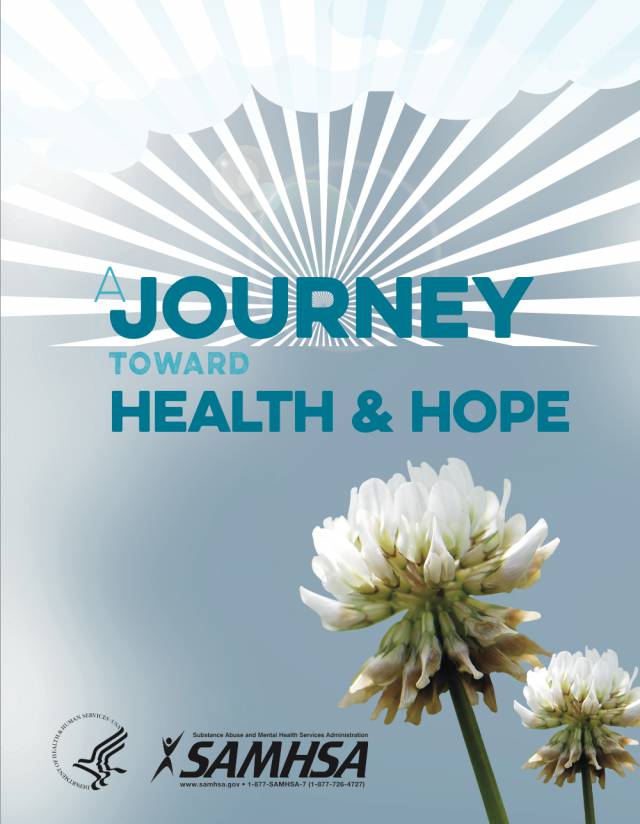 Handbook for Recovery after a Suicide Attempt from SAMHSA

Waking Up Alive, established by a suicide attempt survivor