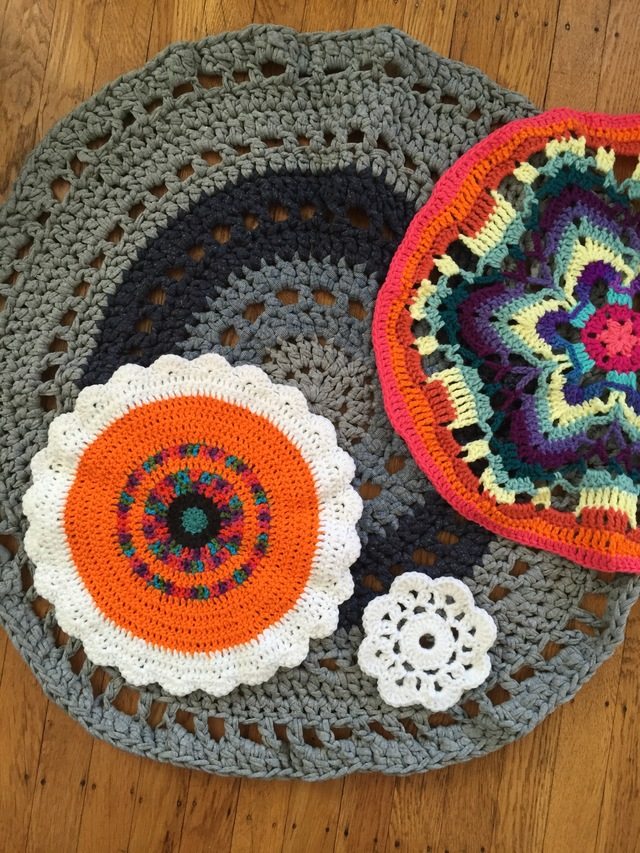 I’ve received a few wonderful crochet mandala rugs for the Mandalas for Marinke project. These rugs will be placed into a cozy community crafting space at the art show, which is likely to take place in late spring 2016. I’m sharing the first of these rugs today, a denim-hued crochet mandala rug, which is part of the contribution sent by Anne. 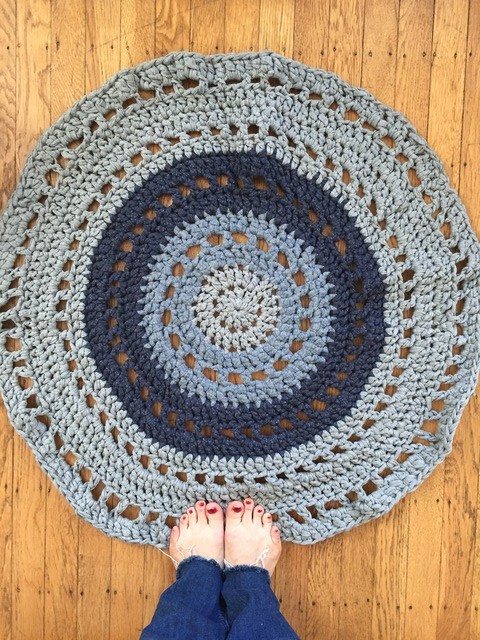 Anne shares that she taught herself to crochet about two years ago. She adds:

“It has become my obsession and a release. It has helped me to have something to focus on during difficult times. I am happy to be able to contribute to honor Wink, and I hope that her memory and her woe will truly inspire and save others.” 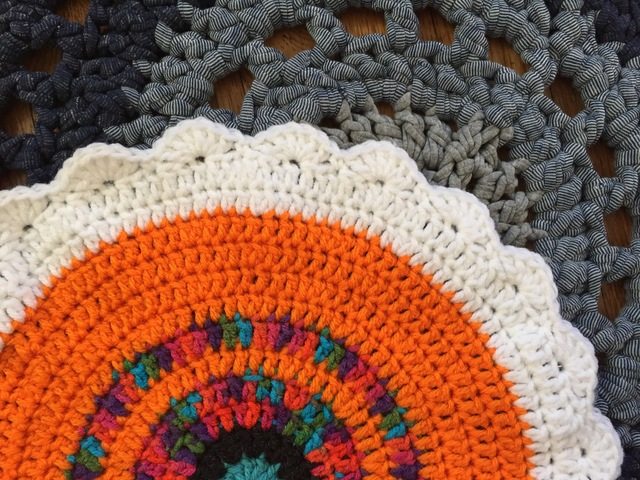 “I have been a frequent visitor of wink’s blog, and I was so sad to hear of her death. I immediately wanted to contribute, and I had ideas (and a WIP) that would be a good fit. It is heartbreaking that someone so talented, so creative, so BRIGHT, could be a victim of depression. But, it goes to show that the issue affects us all, even those who seemingly have full and beautiful lives – sometimes that doesn’t seem like enough. My heart goes out to Wink and her family, and all those affected by her death, including those that didn’t “know” her. She has forever impacted me and so many more.” 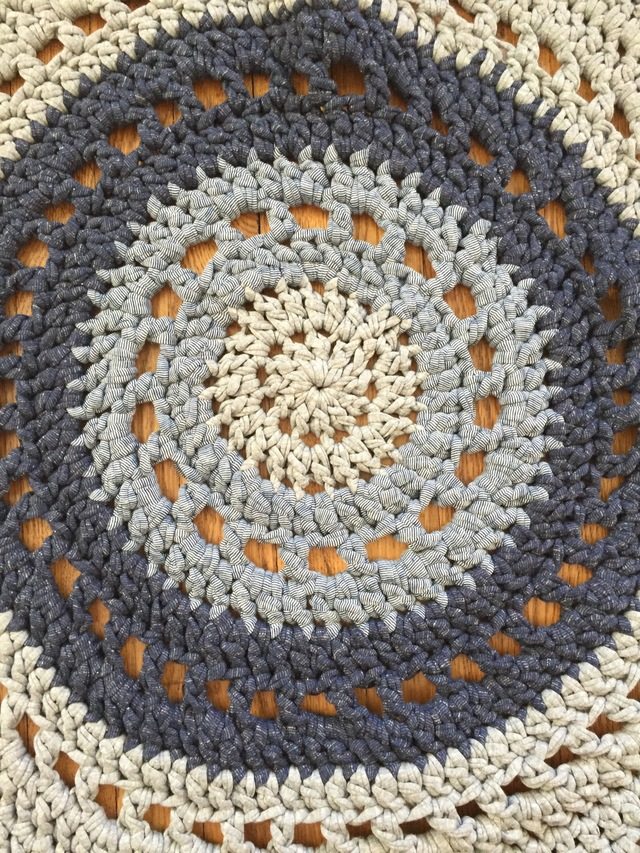 Anne mentioned that she had a WIP going that was perfect for the project. That WIP was the beautiful rug. She explains,

“The rug is based on Wink’s Mandala Floor Rug. I started it last year as a gift, but I took a break from it because the yarn is hard to use. When I hear of this project, I was inspired to finish it for Wink.” 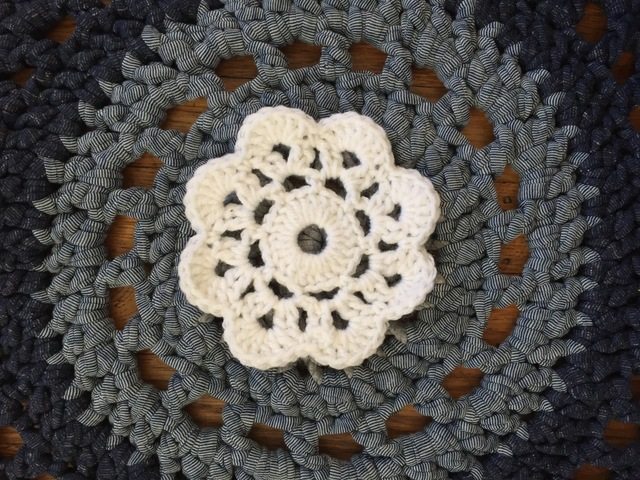 In addition to the large denim yarn doily rug, Anne sent three additional crochet mandalas. The smallest is a flower, which she explains is the Maybelle Crochet Flower free pattern by 6ichthusfish. Anne chose to work this crochet pattern in white because she wanted to represent hope with this mandala.

Anne also sent in a colorful crochet mandala, made using the Starflower Mandala pattern by Zooty Owl. She shares that she really wanted this one to be bright then adds, “but I think the colors lost their way somewhere … kind of like what happens with depression”. 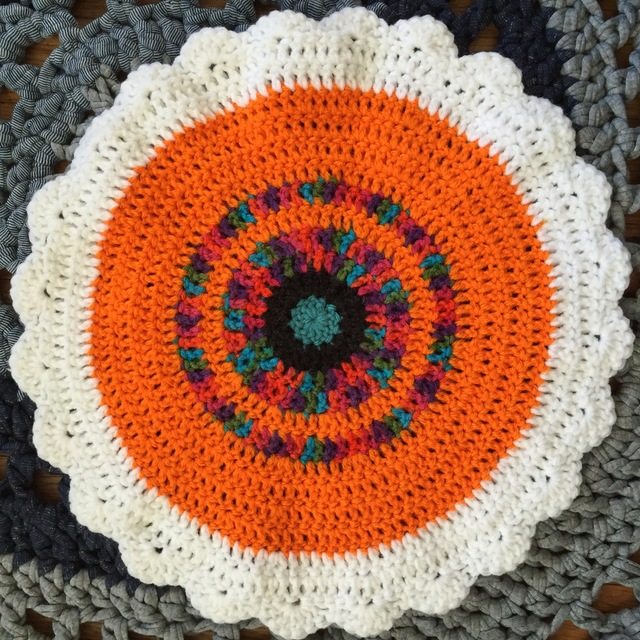 “I like how the colors represent a journey. Maybe you start out feeling blue. Maybe it gets very dark. Maybe then you feel a jumble of emotions – good, bad, confused, unsure, happy. Maybe you gain some clarity, but then you go back to being confused or overwhelmed with emotion. It is my hope that those on this journey eventually reach some clarity, contentment, and ultimately peace.” 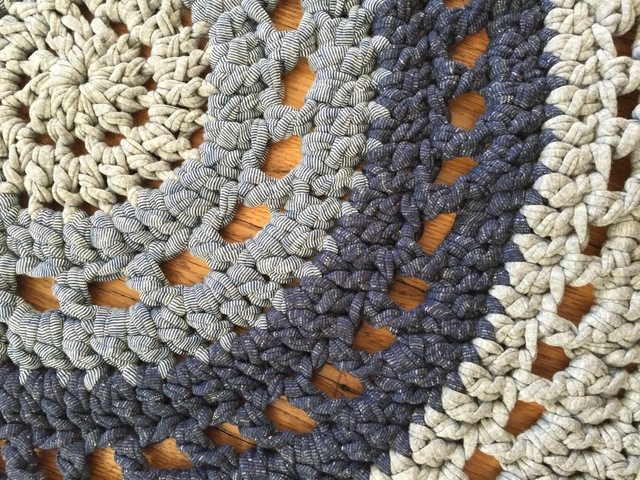 All of these offer great representations of how color and shape can represent different parts of a journey. We have had the opportunity to see this so many times through the Mandalas for Marinke project and it touches me every time!

Take a moment to enjoy more photos of these beautiful crochet mandalas that Anne made … then at the bottom you’ll find today’s depression awareness portion of the post, which is about mental health issues in India. 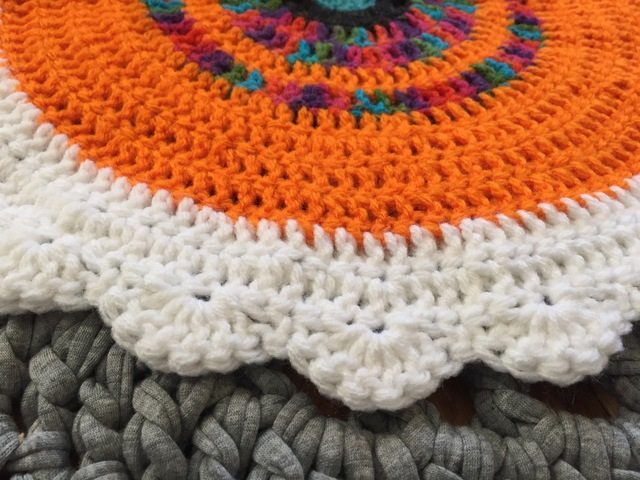 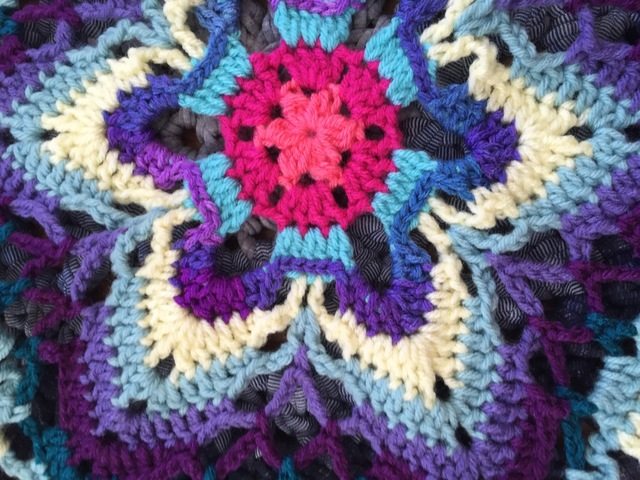 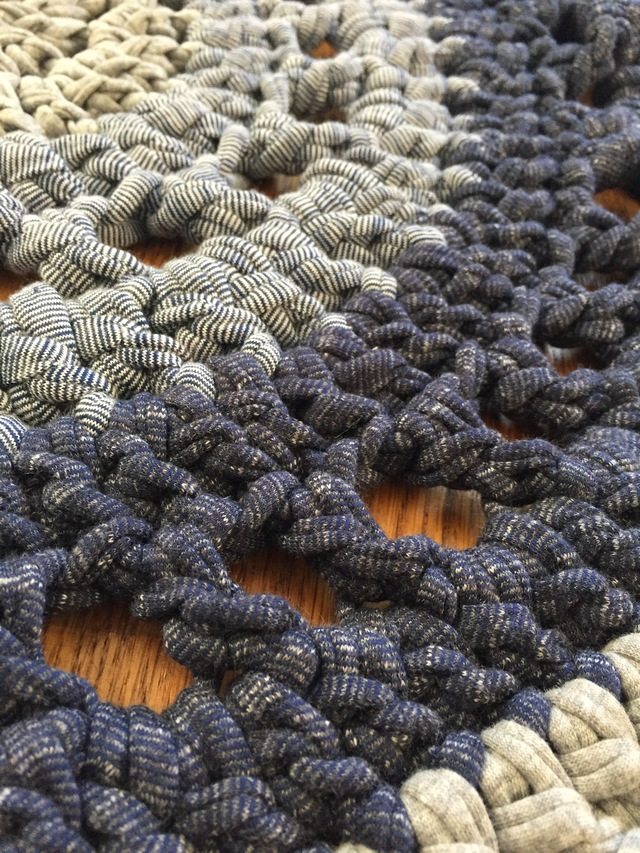 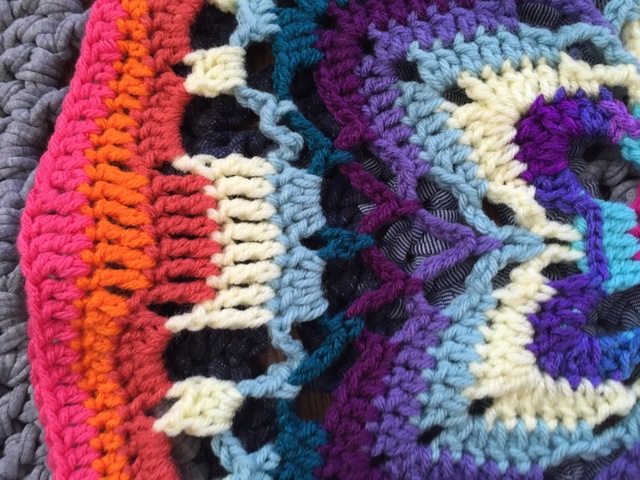 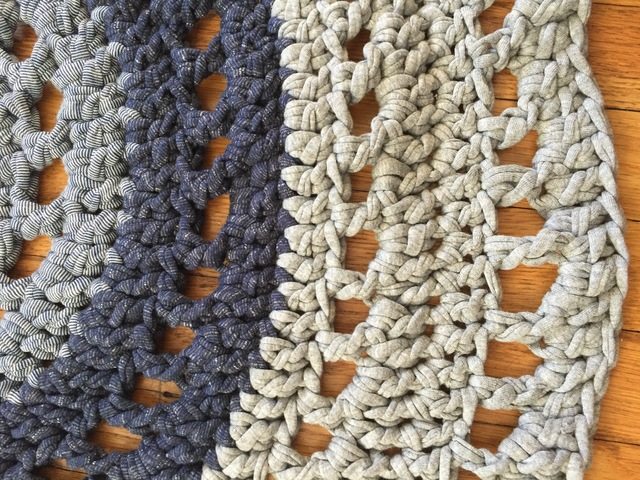 For the depression awareness portion of this post today I wanted to draw your attention to a VICE News video about “India’s Mental Health Crisis“. The summary shares:

“India is currently suffering a mental health crisis. With only 43 government-run mental hospitals serving a population of 1.2 billion, resources are spread thin. What’s more, mental illness is highly stigmatized in India, especially among women, who are typically committed to mental health facilities with no legal rights, receiving involuntary treatment, and sometimes without a proper diagnosis.” 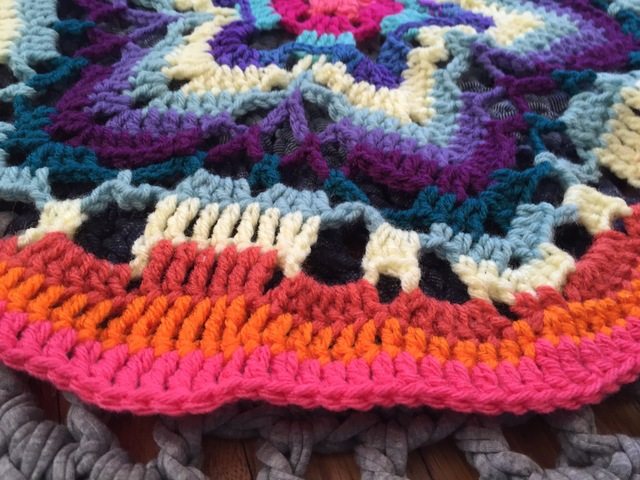