As most of you know, Wink and I first “met” when she shared her story with me for Crochet Saved My Life

. That was several years ago and we stayed in touch periodically online since that time. I’ve been deeply impacted by her suicide and hope that the Mandalas For Marinke remembrance project will continue to honor her through sharing her work and raising awareness about depression. Today I thought I’d share her story as it was printed in Crochet Saved My Life. 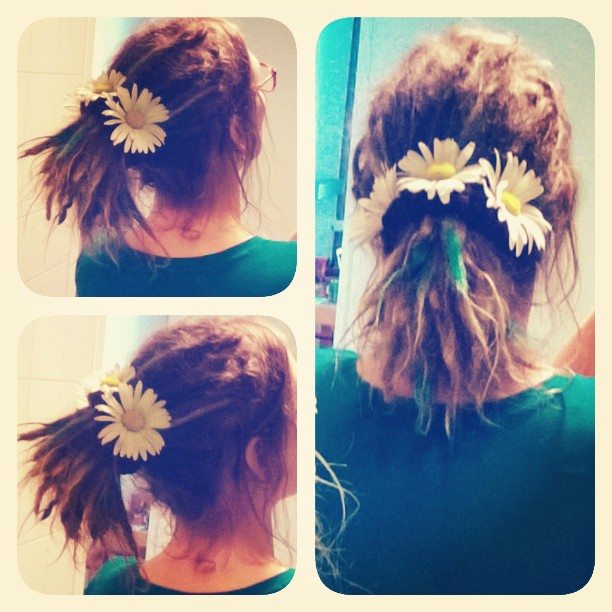 Wink’s last photo on Instagram, with flowers in her hair, something she said was a small thing that helped her feel happy.

Marinke has Asperger’s, which causes her social awkwardness. She has found a community in the online world of crocheters thanks to her blog. And crochet has helped to reduce the depression and stress of her condition.

Marinke always knew that she felt different. She wasn’t sure how to explain what exactly made her different. Like many people struggling to understand themselves, she began trying to apply labels to herself as a way of defining what was “wrong”. She was just being an adolescent, or she was just being bisexual, or maybe she was quirky and weird. But after failing for the third time at keeping a job, she started thinking that maybe there was something actually not right with her and she started digging deeping. She eventually stumbled upon a description of Asperger’s Syndrome, and in 2009 she was professionally diagnosed with being on the autism spectrum.

Marinke’s failure to keep her job was due to a burn out related to the social awkwardness of her condition. She felt misunderstood by her co-workers and often just couldn’t bring herself to get out of bed and get to work in the morning. She shares some of what it has been like dealing with Asperger’s:

“The biggest “thing” for me is my social awkwardness. I can behave perfectly normally when I’m with someone else, or even with just two other people, but any group larger than that and you can really notice a change in my behavior. I just get literally awkward, not knowing what to say or when to laugh, or when to make a joke or what’s funny, and often in big groups of people I just shut down and move to the background.

When I go out in public, such as a visit to the city or being in public transport, I make sure I always have my big headphones with me. When I listen to music it drives out the sound of the crowds and I really need that. I’m very sensitive to (sudden or unexpected) sounds and light. For that reason I kind of dislike summer, because it is just too bright!

When I receive too much stimulus (from anything really; noises, people, conversations, impressions, the news, touch) I shut down. I might make it till the end of the day, but after that I crash hard, meaning I stay in bed the day after with the blinds and windows closed.” 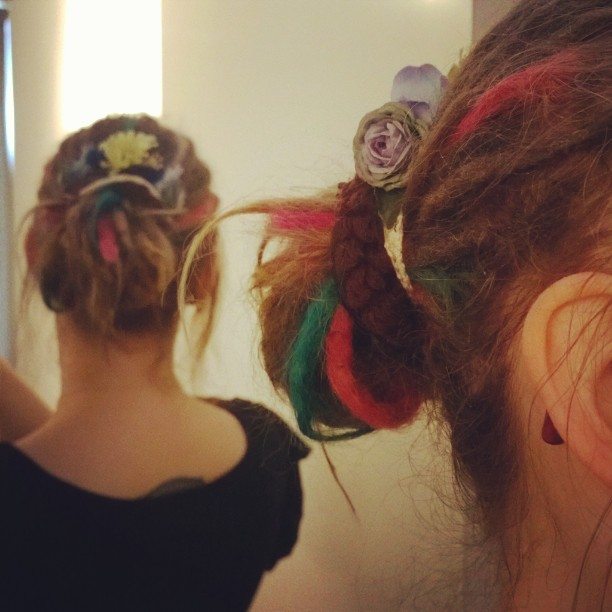 Having Asperger’s isn’t all bad. Marinke points out that she has an above average intellect and that she’s a very creative person. And she has found that crocheting allows her a creative outlet that also assists her in managing her Asperger’s symptoms. She shares:

“A lot of people with Autism find repetitive activities or actions soothing. When I was little I’d rock myself when I was in a chair, to calm down. I also had OCD when I was younger; I used to count EVERYTHING. At the office (when I still had a job) I could be doing the same thing for a while, such as cutting images and saving them. I would go into a trance and just cut, save, cut, save, cut, save until it was finished. ‘Regular’ people might find this boring to do but for me it was relaxing!

Crocheting works the same. Crochet is basically repeating the same thing over and over again, and for me that flow really helps me get through the day. But at the same time, you have to keep thinking about what you’re doing, so it never gets boring. And you get to be creative while you’re at it – what more can you want?”

It was in 2010, a year after her diagnosis, that Marinke figured out that crochet could be healing for her. She was really depressed after the diagnosis, to the point where she had to be hospitalized for three months. She knew that she needed something to do to keep her busy while she was in the hospital. She thought that crochet looked cool, so she decided to teach herself.

“When I was released from the hospital, I was home alone a lot, and without a job. I quickly realized that crocheting was the perfect thing to do to get me through the day! I just love picking out yarn and thinking of new things to make, and the process of crocheting it is just so-o-o soothing. It calms my thoughts and keeps my hands busy.”

And although Marinke may be socially awkward in large groups in person, crochet has helped her feel like part of a great community ever since she started her crochet blog in May 2011. She shares:

“I get a lot of responses to things I post and that makes me feel so so blessed, I’m really part of a community that before last year I never knew existed! Also, since I started crocheting, a lot of people in my family have started as well, because I told them how much it helps you when there’s something troubling you. I have a lot of aunts that have made countless bags, potholders and stuffed animals because of what I told them!” 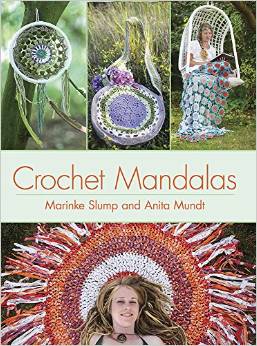 Since the time that Marinke shared that story for the book, her work really grew. She began to create her own crochet patterns, publishing them on her blog, various websites and in at least one magazine. Her first crochet pattern book was published this year and her next one is set for publication in a few months. She brought so, so, so much color and joy to the lives of so many. I am devastated that crochet and community couldn’t save her from the awful fate of suicide but I am proud of the work that she did in the time that she had here. I am grateful to be someone who knew her online.

May you be resting in peace now Wink. 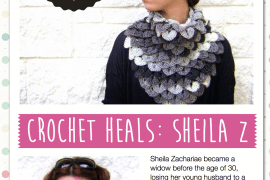