I’m continuing my steady research into vintage crochet history. We finished up 1930s crochet and started with 1940 last month. So that means today I’m checking out what happened in crochet in 1941.

Obviously the “wartime crochet” I mentioned last time was still in full effect. I really loved the comment on the 1940 post from Christine Harrison who shared:

“Lovely to see the fine examples of wartime crochet. I’m sure it proved not just useful but very therapeutic for a lot of crocheters. It reminds me – I live in the UK and, a few months ago, I saw a documentary about women in World War One who were involved in the war effort. Many of them attended knitting and crochet sessions organised by then-queen Mary, and there were some wonderful photos of them all working together creating socks, jumpers and the like. What was so nice about this was that, in those days, the class barriers were very strong. The lower working class did not mix with the upper classes. However, women of all social groups took part in these sessions quite happily and there was no sign of any tension amongst them. It just showed what a leveller knitting and crochet can be!

My research turned up an early 1942 news article titled “More Women Take to Needlework to Calm ‘Edgy’ Wartime Nerves”, revealing that it was indeed therapeutic work. It was also functional; many of the crafter were making knit and crochet sweaters for the soldiers. An 11/23/41 article from the Palm Beach Post said that all different types of women’s clubs had taken to knitting and crocheting together as “defense work”.

I mentioned in my article on 1938 crochet: “1938 also saw the launch of the first crochet contest sponsored by the National Needlecraft Bureau. It was paused in 1942 “because the mercerized cotton thread needed for the craft was practical nonexistent” during the war and resumed again in 1948, a decade after it began”. Here we are, in 1941, and the crochet competition was going strong. The 11/31/41 issue of Times Daily reported that there were 400,000 crocheters competing for the national title. The “400,000” count was for the local competitions and only the best would make it to the national judging. The 11/11/43 issue of The Evening Independent has an article that mentions that 5000-6000 entries competed at that level. The winner would get $250 and a trip to New York. 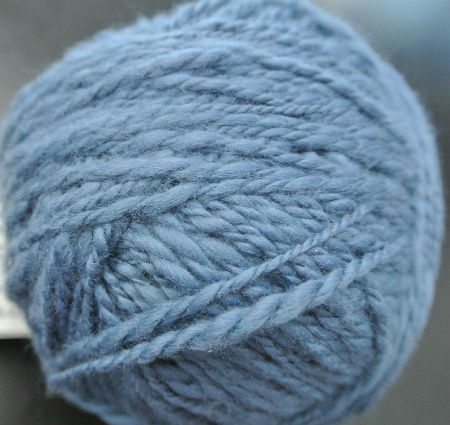 Although the newspaper said that there was a shortage of cotton thread, a 4/2/41 article from Ellensburg Daily Record titled “Designers Say Cotton is the Ideal Fashion Fabric” reports that lots of cotton was being produced. It goes on to suggest that cotton is a patriotic choice:

“Cotton, the all-American fiber, will take its place this year as the undisputed favorite of the new American school of dress design. The fiber of American prosperity, cotton is directly or indirectly responsible for the livelihood of one out of ever ten Americans. Supporting more people per acre than any other American agricultural crop and employing in its manufacture and processing more people than the giant steel or automobile industries, cotton has long been essential in the economic scheme of America.”

Wool sales were good as well. Delving further, I found a 1/19/42 Tuscaloosa News article that reported that “those who know the big, little industry which supplies the patterns, wool, cotton, thread and cloth and other materials for needlework predict that 1941’s final figures will show around 50,000,000 pounds of wool used – a volume worth some $150,000,000 – for knitting and crochet. America used more balls of crochet cotton than baseballs last year.”

Although a lot of the knitting and crochet done at this time was for the war effort, there was other stuff made as well: 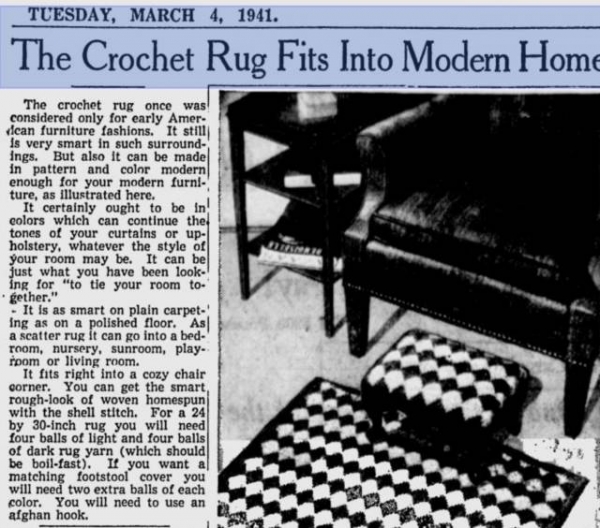 Source: Spokane Daily Chronicle. The 11/7/41 issue of the same paper had a similar article about crochet cozies for lampshades, which I liked as a fan of crochet lighting.

This crochet and cross-stitch idea comes from the 8/2/41 issue of Spokane Daily Chronicle. The pattern suggestion is from Laura Wheeler, which I mentioned may or may not be a pen name.

In the 1940 crochet history post, I shared that there were some great tips and tricks coming in from sources like Popular Mechanics magazine. That continued to be true in 1941. The December issue of Popular Mechanics suggested putting corks on the ends of knitting needles and crochet hooks to avoid injuries when reaching into your craft bag. 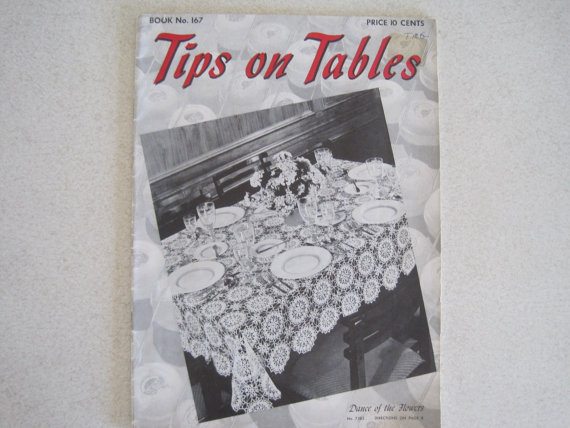 The thread / yarn companies continued to publish books of crochet patterns in 1941. For example, Spool Cotton had Bedspreads to Knit and Crochet, Potholders to the Rescue and Tips on Tables. But there were also some other interesting books that were about or mentioned crochet: 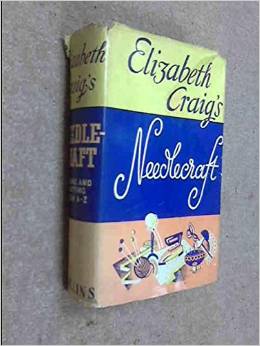 Elizabeth Craig was a prolific author, writing for sixty years about the domestic arts. Most of her books were recipes and cookbooks but she also had several other home books, one of which was the 1941 publication of Elizabeth Craig’s needlecraft: A complete guide to needlework, knitting and crochet : with special reference to renovating remnants

. This is one of the few vintage needlecraft books from this time that you can occasionally find old original copies of. 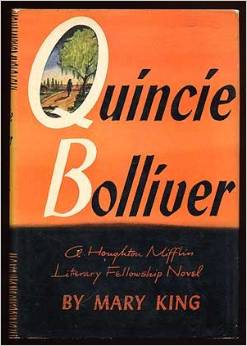 . Amazon says, “Quincie, the motherless thirteen-year-old daughter of an itinerant muleskinner, is the captivating protagonist of this Depression-era novel set in the Texas oil patch. … Originally a 1941 Houghton-Mifflin Literary Fellowship Book, Quincie Bolliver is an extraordinary study in character, place, and the community of women weak and strong.” You’ll find a reference to crochet on page 161: “a purty bedspread, all crochet work, it musta taken pore Miss Amy years to make, and we hated to muddy it, but we hated to take it off.” 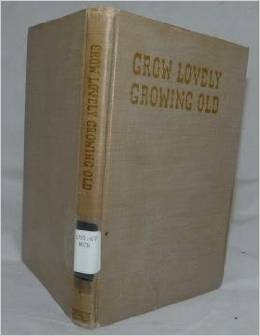 Google Books has a listing for a book called Grow lovely, growing old

by Douglass (Scarborough) McDaniel that seems to be a non-fiction book about aging well. It has at least three references to crochet, suggesting it as a great hobby. One mentions that although it’s mostly women doing the craft, men can do it, too. Another says that you should keep crochet on your reading table “so that whatever hour, early or late, you may awake, start right in on something interesting”. And the third reference really excited me even though it’s such a teaser since I don’t have the full copy:

But my favorite find (below) was a favorite for a personal reason – I once had it in my own stash and used it as a giveaway item here on the blog: 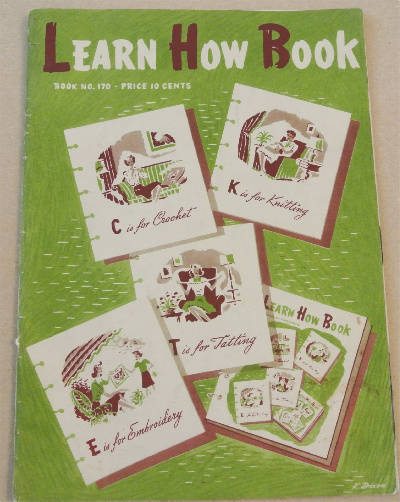 Here are some of the vintage crochet patterns from 1941 that are available online: 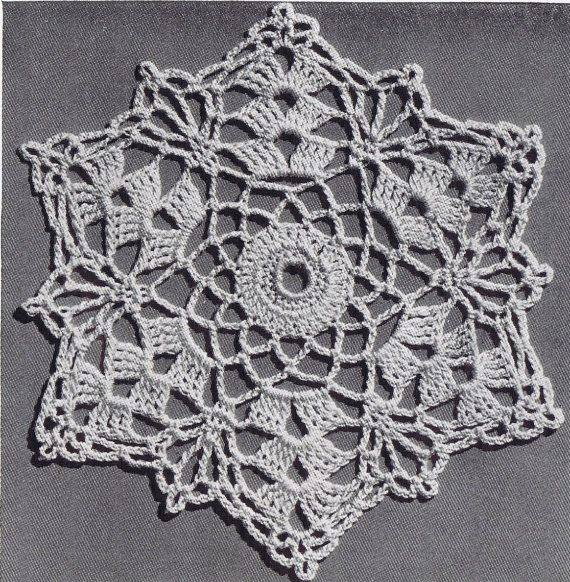 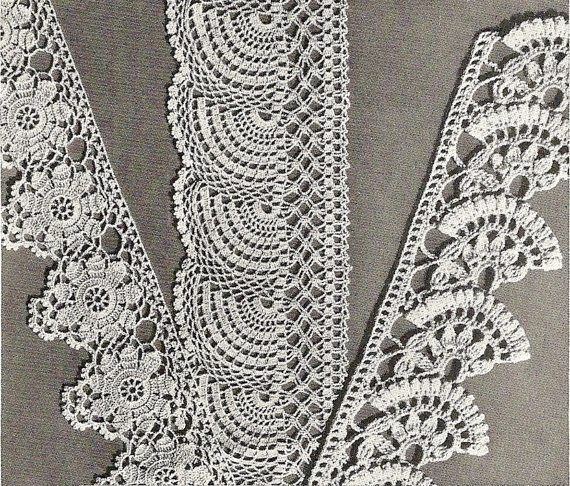 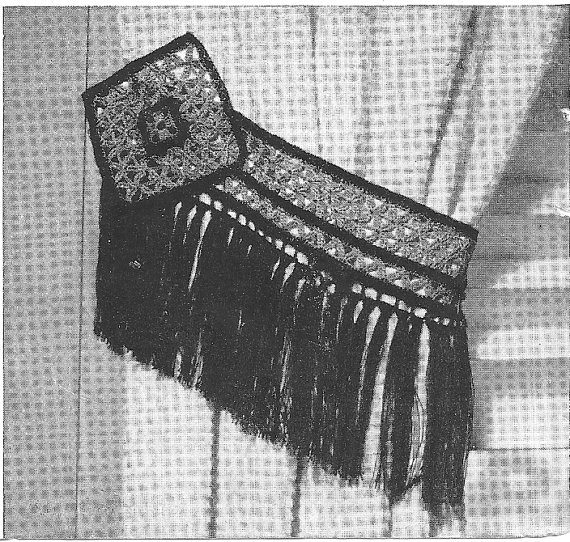 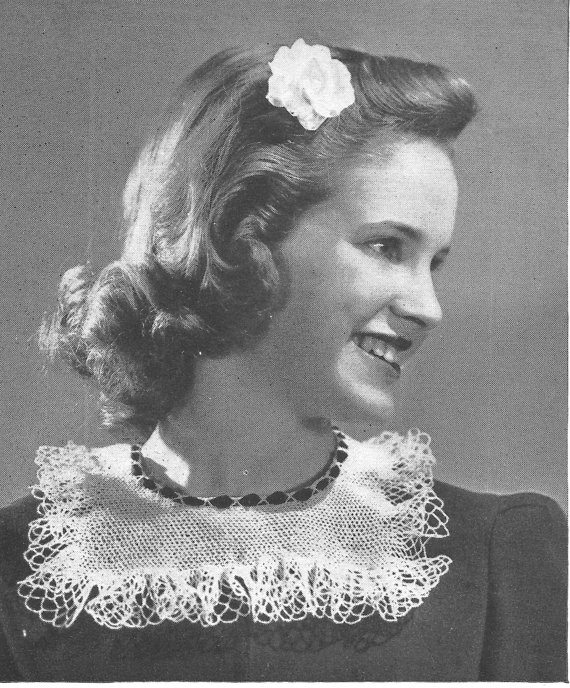 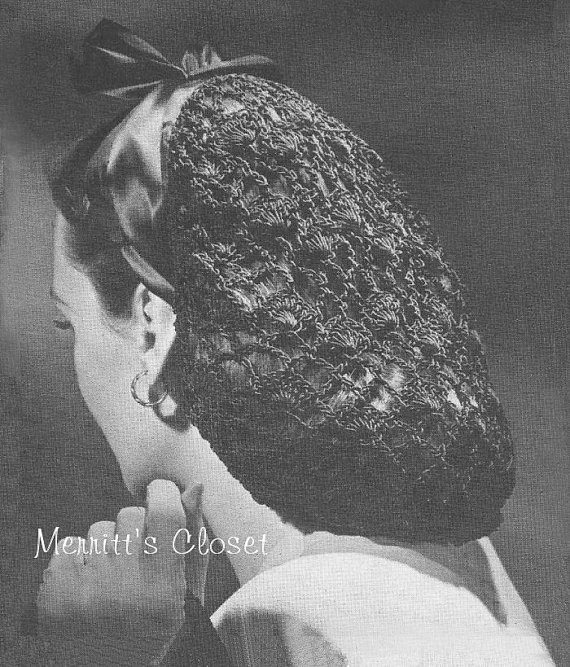 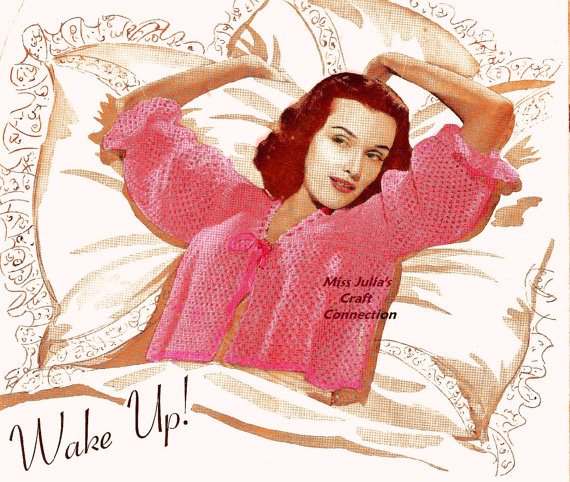