Before I even got on the plane to go to Belize I realized that there wasn’t going to be a lot of crochet to be found in the country. As soon as I’d made the plans to take this New Year’s vacation, I’d begun to Google “crochet in Belize” and “Belize yarn stores” in an effort to figure out what I could see of the craft when I was there. 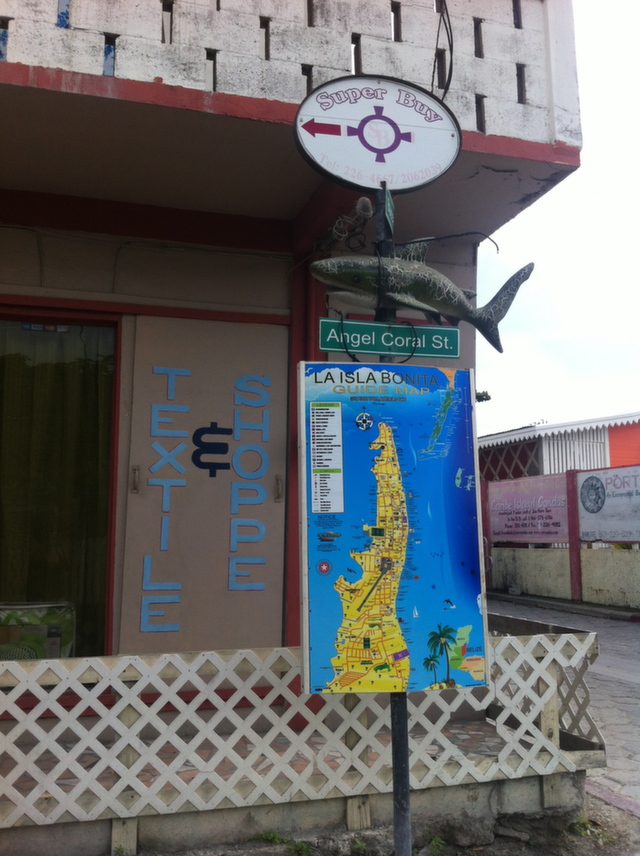 I did the same thing a few years ago when I went to Argentina and the result had been immediately satisfying when I had learned that there was an entire yarn district in Buenos Aires, which I subsequently visited and shopped.

The same was not true of Belize; I could find no results in Google for anything related to crochet in the country. I figured I’d just ask the locals when I got there. I asked our tour guides and random people who lived there where I could find a yarn store or any place to purchase yarn. They all seemed astonished that I’d even care to ask that question. “We don’t have that here.” One guide said, “we don’t use that part of the sheep here; we only use sheep for meat and the rest unfortunately gets thrown away”. 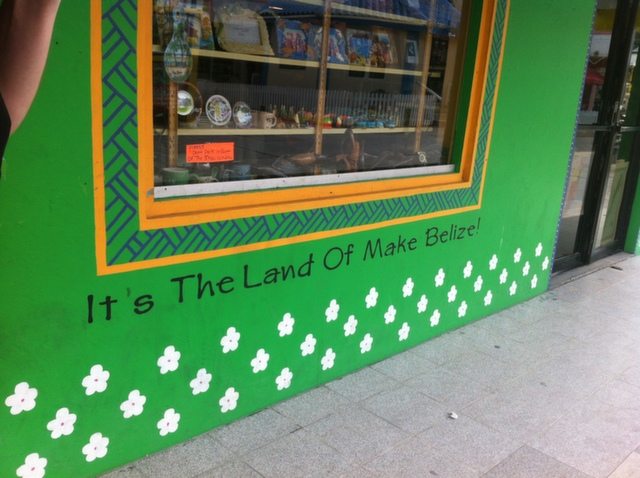 The Crochet I Did Find In Belize

I looked in all of the local shops for evidence that people there do crochet. I found very little of it. Here’s what I did manage to locate:

Several of the souvenir shops did have small collections of tapestry crochet items.

They were mostly purses and hacky sack balls.

This was the only evidence of local crochet that I was able to find popping up regularly anywhere.

In one small tucked-away souvenir shop in San Pedro I spotted a pop-top crochet purse. The woman who owned the store wasn’t able to tell me anything about where it came from, which is unusual because most of the other items had a story behind their source. I know that pop top crochet is popular in several South American countries, like Bolivia and Brazil. And I was intrigued by this piece because the style of it (where two tabs are held together in a sort of V-shape by the crochet work) is different from what I’ve typically seen.

Leather strips woven through metal; it’s not pop tabs but it made me think that this would be another great way to upcycle pop tabs!

Other Belize Textiles and Crafts

You can see the Rasta hats beneath the embroidered coasters here; those are also tapestry crochet

Although crochet doesn’t seem to be a widely known or practiced craft in Belize, there are a lot of other beautiful textiles and needlework crafts. The most popular of these is embroidery, with local women making many different types of embroidered items including coasters, rugs and art pieces. Weaving also seems to be a popular craft. The rich boldness of the colorwork is lovely to see in every shop throughout Belize. 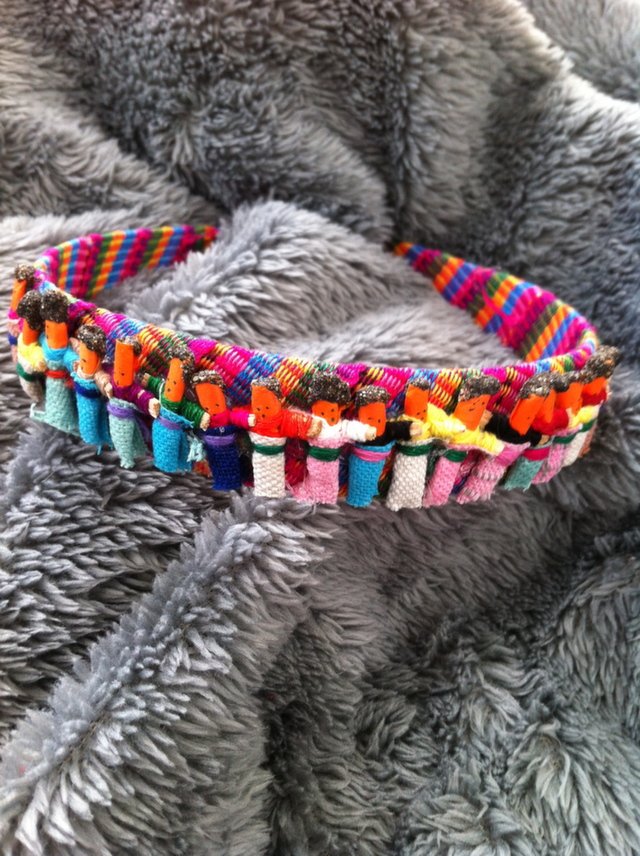 All of the stores sell various versions of Guatemalan worry dolls. These were actually a fond thing for me to see. When I was very little, my parents were friends with a couple of archaeologists. I don’t remember them very well because I was so young, but I do remember that they once brought me back a set of these worry dolls from one of their trips. I don’t know what happened to them over the years but I have clear memories of the dolls and the little traditional yellow painted box that they came in. The idea of these dolls is that you give them to children and they tell them their worries at night and by morning the worries are gone. I bought myself a worry doll headband as a souvenir. 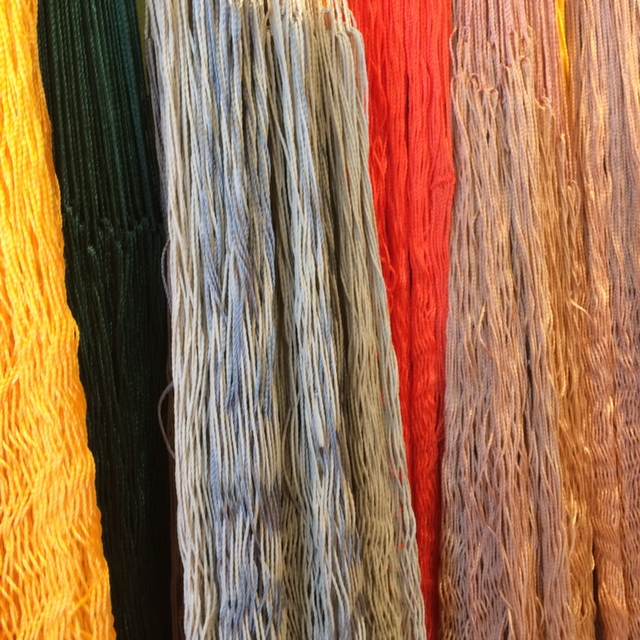 There are also hammocks to be round everywhere. I spent a lot of time lounging on the rainbow-striped canvas hammock in front of our own resort, watching the skylight change over the ocean. At least some of these hammocks appear to be handmade. I didn’t spot any crochet hammocks but there were hammocks made using other yarn and rope techniques and I found myself touching them frequently trying to get that feel of yarn in my hands!

Hotpad that folds in half to stand up as a chicken

I did, of course, bring my own yarn and hooks on the trip. The trek to Belize from San Francisco is a long one. On the way there we flew all the way to Miami where we got another plane down to Belize City and then a small jumper plane to our island. On the way back, we had a shorter time in the air, because we flew through Dallas instead of Miami, but we had a longer time in the airports. In both cases, the restlessness of a super long day of travel was eased significantly by the steady rhythmic unfolding of fabric hooked in my hand.

I chose not to heed my own crochet travel advice, which includes bringing only the yarns that you don’t love so much. The reason for bringing “practical” yarn instead of luxurious yarn on a trip is because you just never know what’s going to happen if you crochet during travel – from yarn lost in missing luggage to spills on the items that you’ve created.

Nevertheless, I knew that I’d want truly comforting crafting on this trip so I brought several skeins of my nicer yarn. 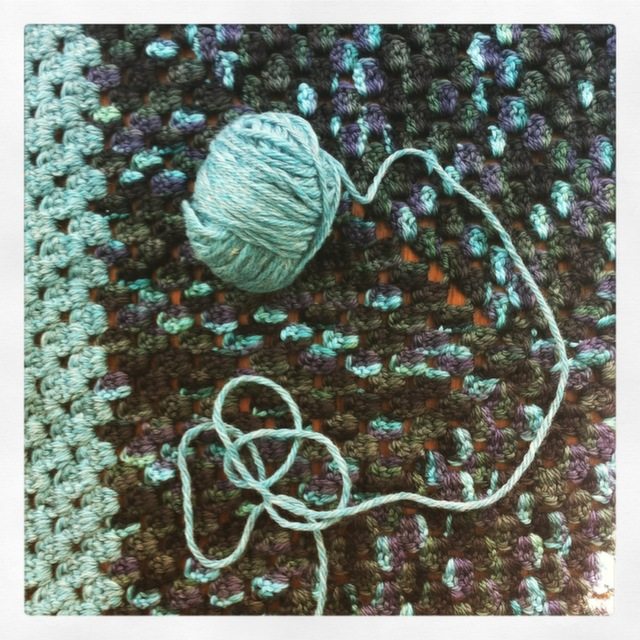 I actually didn’t end up using the two nicest ones but enjoyed working with some Cascade and Lorna’s Laces, the combined colors of which seemed to reflect the hues of ocean and sky that I saw endlessly around me for the week. 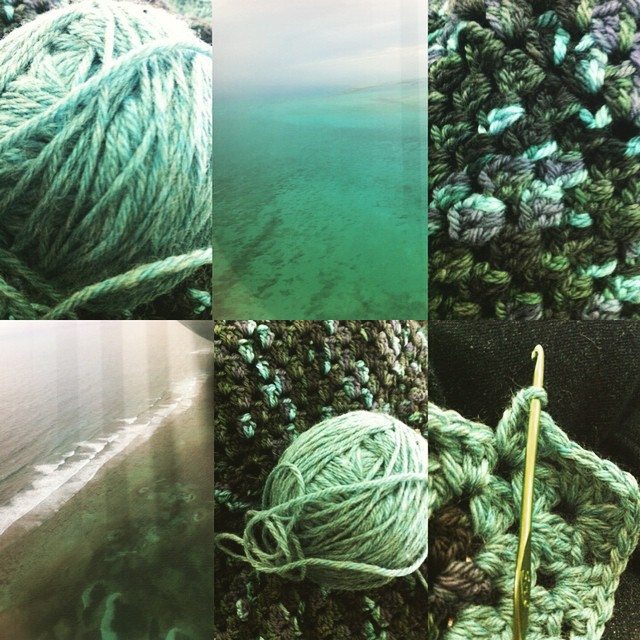 It was a very special vacation. It’s the first real trip my beaux and I have taken together (with other travels thus far being made to meet each other’s families). And it’s only really my second time out of the country (minus Mexico because I grew up so close to the border in Tucson and Canada because I’ve only been to Niagara Falls).

I snorkeled for the first time, swimming up close with green turtles, nurse sharks, colorful coral and some freaky-looking eels. 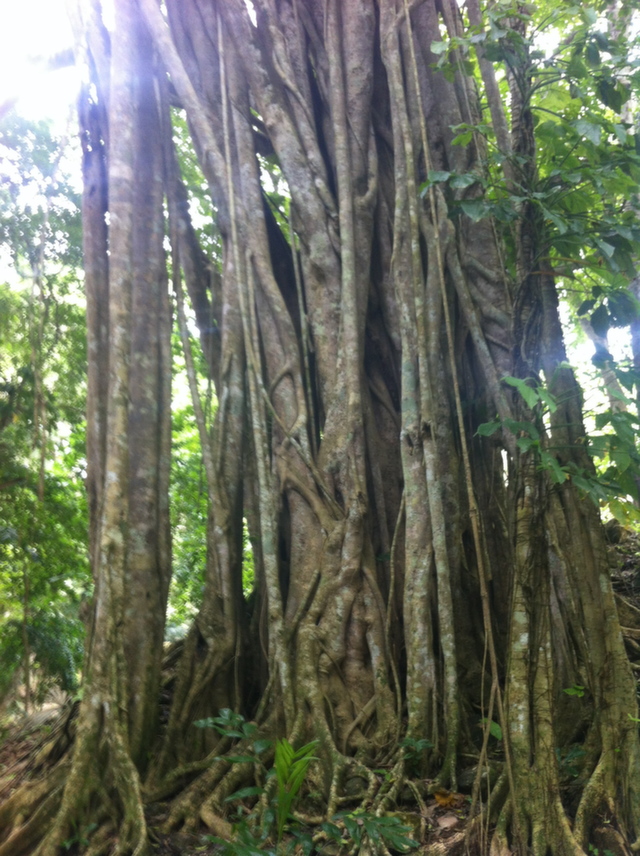 I heard the crazy thunder-bass sound of howler monkeys in the wild, watched a stunning 40-minute fireworks show over the water for New Year’s Eve, stood atop ancient Mayan temples nearly alone in a jungle rainstorm, felt the soft, wet, puppy-like nuzzle of a rescued tapir on my hand and made creativity wishes on the full moon shining daylight-bright in the middle of the night. There may not have been a lot of crochet but there was a lot of healing and magic. 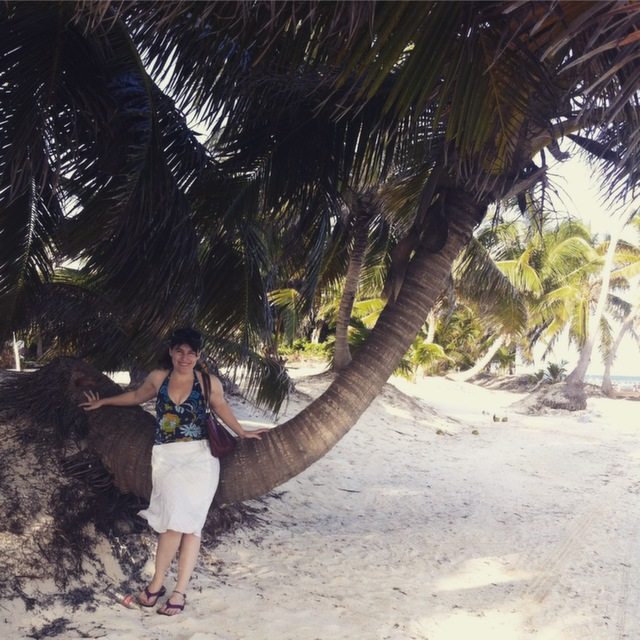