Sylvia Walters and James Cosh were two outstanding crochet designers who worked together on books in the 1970s. I just spotted on Amazon that it looks like Dover is planning to re-release two of those old vintage books in an apparently updated format.

This was their only crochet book that wasn’t a pattern book but instead discussed the whole process of freeform /scrumbling and encouraged crocheters to get creative! 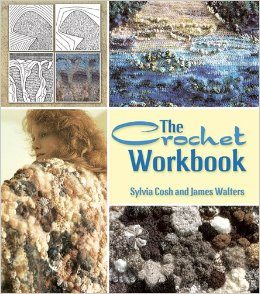 This book was originally written by James Walters and it looks like Dover is coming out with its updated version in early 2014. It’ll be interesting to see how different these new versions look or if they’re just clearer reprints of the originals.