I’ve asked people a few times on sites like Facebook where they’ve seen crochet represented in TV and movies. I’ve also done some research on my own. Here’s a roundup of crochet on the little and big screens:

It’s not super common to see the characters on a show crochet but it does happen. Here are some examples: 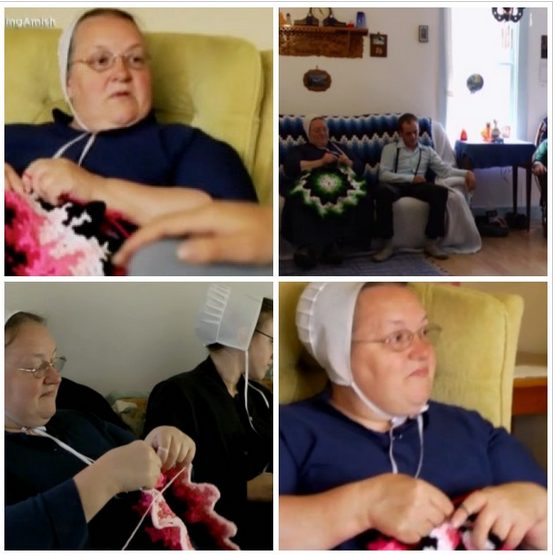 In the TLC reality show “Breaking Amish” there are many, many scenes with Abe’s mom, Mary, where she’s crocheting. In season 2 she teaches some of the kids to crochet.

Jess in The New Girl crochets with friends 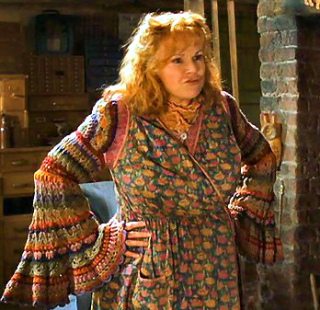 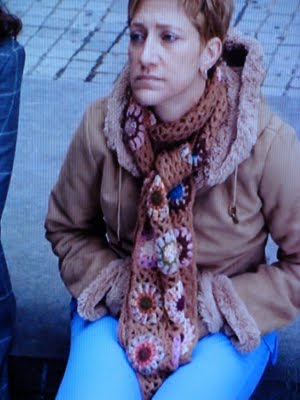 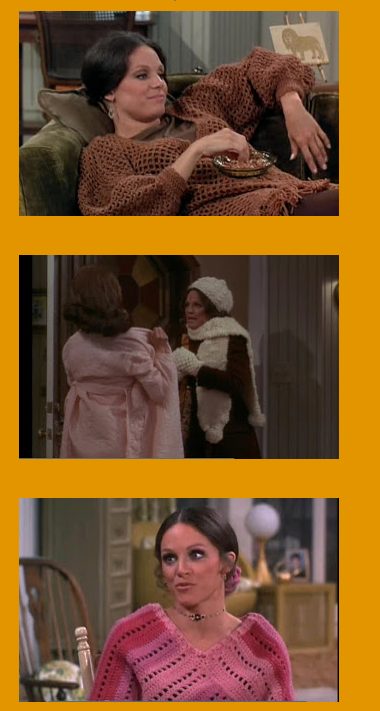 This and That blog points out that Rhoda on Mary Tyler Moore wears a lot of knitwear and some of it definitely looks like crochet to me. 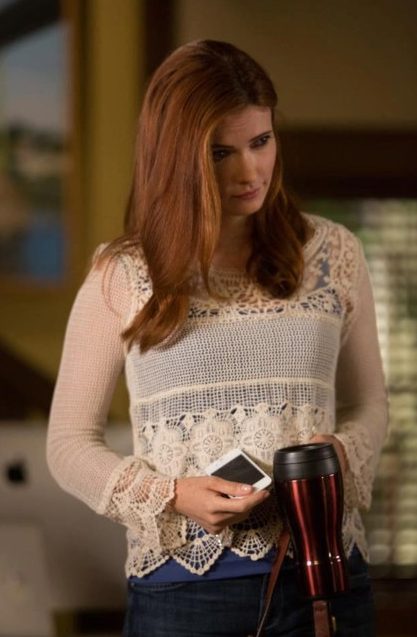 MindyTV shares that Juliette wears a crochet top in Grimm 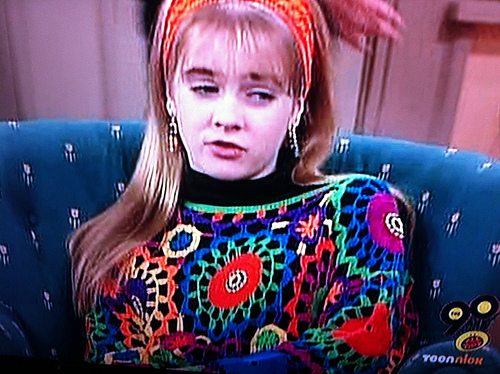 Knit One, Knit Two points out the great crochet motif sweater in Clarissa Explains It All

Crocheted Items in the Background

It is more common to see crocheted items in the background of shows than to actually see people crocheting and probably even more common than to see people wearing crochet. Crochet blankets are the most common background item. Here are some examples:

A crochet blanket from 1970s themed show Life on Mars 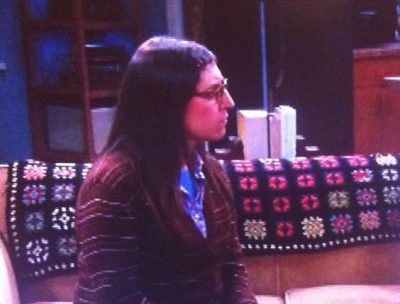 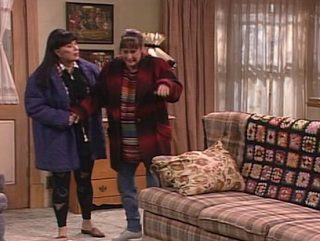 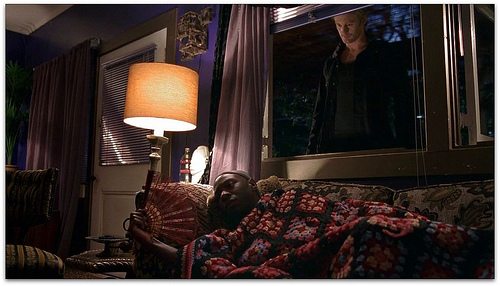 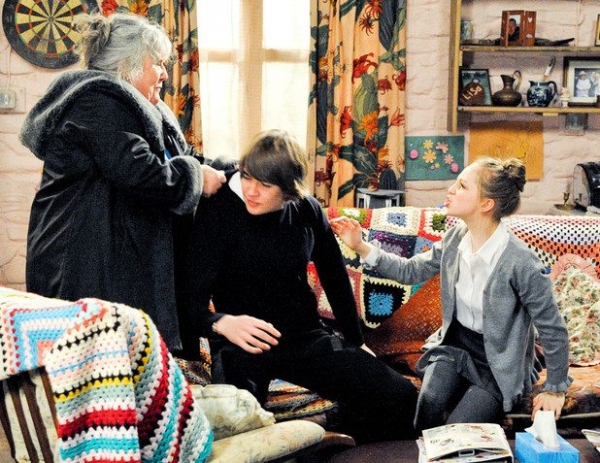 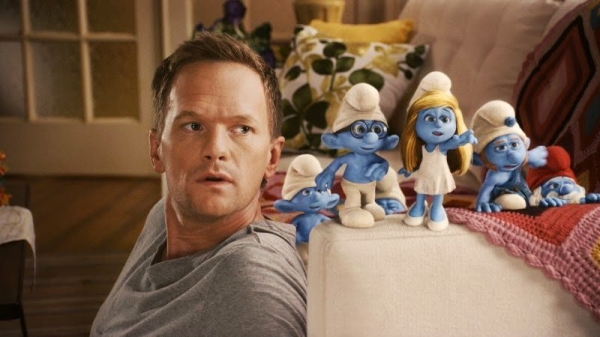 The Smurfs movie had a crochet blanket in it 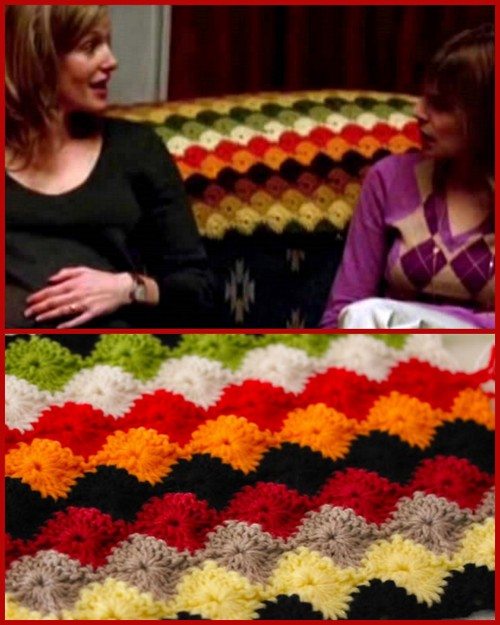 Sarah London created a free crochet pattern for people who want to recreate the crochet blanket that it’s in Breaking Bad.

If you like seeing crochet in movies check out the Movie Still Monday posts by Croshame.