Let’s look at crochet news from February 4 – 10… not only from this year but in review of the past two years as well. It’s recent crochet history updated and the best of this week’s crochet news all wrapped up in one.

At this time in 2011 I was writing a lot about Fair Trade Crochet. I wrote an article about Bebe Ravi, which works with women in Kenya and helps fund an orphanage for children there whose parents died of AIDS. This was also the time when I first wrote about Escama Studio, a San Francisco Fair Trade organization doing pop top crochet. Most recently I shared their crochet bag that I got as well as their crochet pop top ornament tutorial. 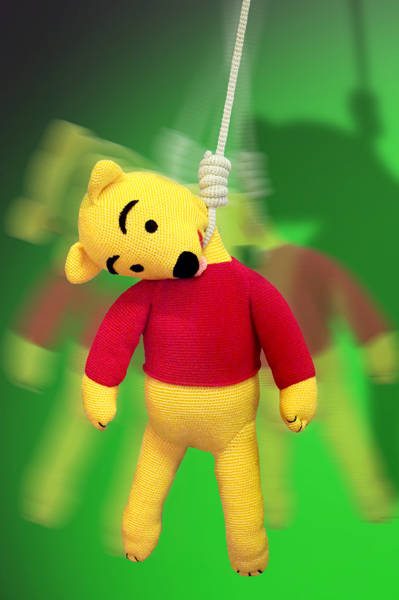 The crochet artist that I profiled at this time in 2011 was Patricia Waller who does this creepy cute crochet that has a sort of sick sense of humor about it. The juxtaposition of soft crochet against dark imagery is fascinating. Her Broken Heroes series really struck a chord with me last year. I’m so curious to see what she comes out with in 2013!

My favorite inspiring crochet story of this week in 2011 was the story of Barbara Finney, a woman who lost her fingers and continued to crochet!

It was also at this time in 2012 that I did the roundup of 25 Yarn and Crochet Apps. I’ve been thinking that it’s time for me to go through that list, check out the apps, review them and see if there are any new ones out there people should know about. Is that a topic that would interest you as a reader of this blog? Interestingly, in this same week of 2012 I wrote about a new Interweave app. 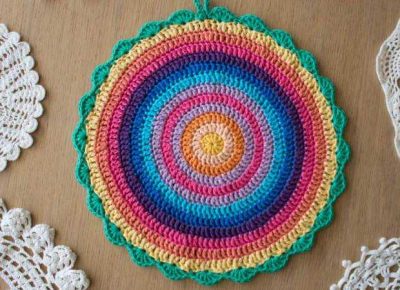 I was surprised to learn that it’s already been a year since I put together my post on crochet mandalas, one of my very favorite to put together just because they were so enjoyable to look at and be inspired by! The top person I know of doing work in crochet mandalas right now is Wink of A Creative Being who offers a free crochet mandala pattern for the mandala above.

The artist I profiled during this week last year was NeSpoon, an artist who takes doily art and puts it in urban spaces in another juxtaposition I love. The image above is one of her late 2012 works called Walls. 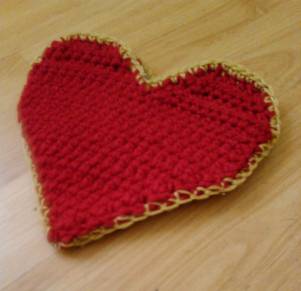 My favorite sweet story in crochet news during this week last year was the story of a crochet lafayette that had been worn by nearly 40 babies in a family!

And finally I thought I’d add that it’s been a year since I did my interview with Etsy crochet designer MissyBDesigns and it looks like she’s still going strong on Etsy!

And now the news from this week, this year … 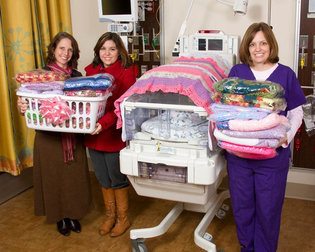 1. Teen Crochets for Babies. “Fifteen-year-old Julianna Peres of Denver spent more than a year crocheting more than 20 baby blankets that she donated to the facility in mid-December.” And another similar story was: Teens Crochet for Warm Up America. “About 20 high-schoolers are busy crocheting little stuffed red hearts that their classmates buy for $2 each. The crocheters then deliver the hearts with personal messages during school on Valentine’s Day. The fundraiser will help the group of crocheters buy more yarn used in making the blankets.”

2. Crochet Jewelry To Be Featured at Academy Awards. “Los Angeles-based Minabea Jewelry will have its signature “Circle” necklace and earring set showcased on display at GBK’s Luxury Gift Lounge in Honor of the 2013 Academy Awards Nominees & Presenters, while its 24k gold and sterling silver “Gold Sun” necklaces will be part of The Artisan Group’s sought after celebrity swag bags. ”