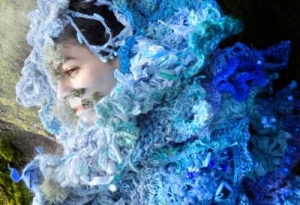 Crochet Artist Mandy Greer published a beautiful coffee table book showing a retrospective of ten years of her work. Greer continues to make and exhibit her unique crochet-rich art, which is often handcrafted by teams of crocheters that work to make her vision come to life. Greer has also recently been teaching cowl-making classes as part of a project called Gleaning, Redeeming, Surviving and Thriving. 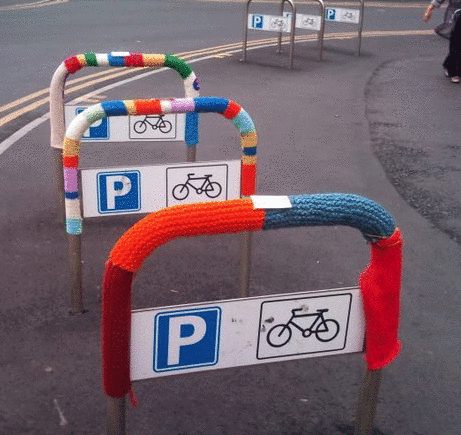 I wrote about Yarn Bobbings, part of a larger yarnbombing group called Knittaz with Attitude, which is in turn part of an even larger group that interested me called Aunty Social. “The idea behind the name is to get people out from behind their TV and computer screens and into the real world and the larger community. The witty name reminds us that there’s value to ending your solitary anti-social behavior and contributing to something within the bigger community. The group also wants to encourage people specifically to get out of their homes at night so that they see their community as a friendly, social place rather than a bad, scary place. ” Aunty Social continues to be active in crafting, yarnbombing, literary events and more.

I shared more artwork from colorful, wacky crochet artist Sarah Applebaum. She does such great fun work! As I mentioned in last week’s post, this artist just recently wrapped up a solo show in Tennessee. I can’t wait to see what comes from her next! 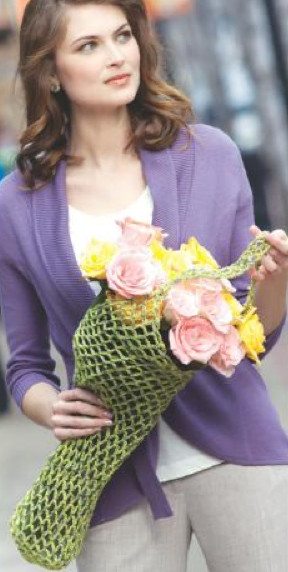 I reviewed Totes for All Reasons by Marty Miller. This is a great little crochet pattern book filled just with patterns for tote bags. I think crochet bags are so useful for so many things, which is why I liked it. I did end up eventually giving my copy away to a blog reader, which is what I usually do after I finish using my crochet books.

Young knit and crochet designers were completely overhauling the cashmere industry in Scotland. Interesting news! And the news continues. There was recently a NY Times article about how designer brand Chanel had just purchased a Scottish cashmere mill, saying, ““Through this acquisition, we reaffirm our commitment to traditional expertise and craftsmanship, and our wish to safeguard their future and support their development.” 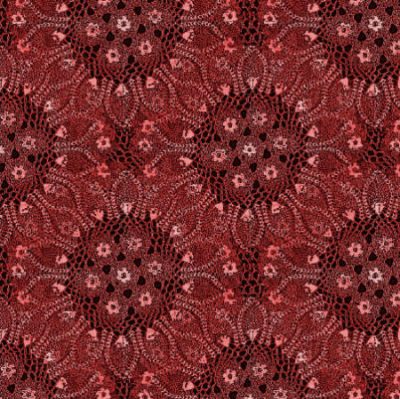 103-year-old Lydia Campbell carries crochet doilies with her to hand out in celebration of her long life. What a fun way to embrace and celebrate old age! I’m not sure how Campbell is doing well but I hope she’s hooking along! 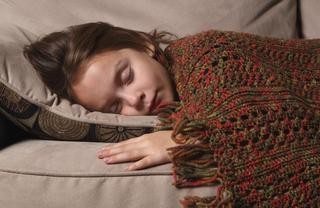 A Little Bit of Comfort volunteers age 7 – 94 were crocheting items for children in the foster care system in San Diego. I checked their site and they are still an active group. So far in 2012 they’ve donated more than 500 blankets. 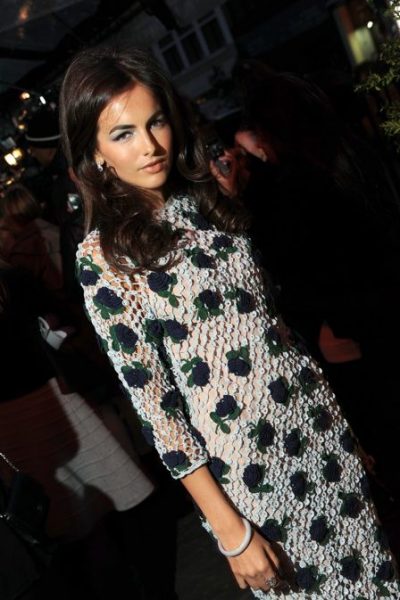 I started my Designer Crochet Project. Wow – I can’t believe it’s been a year! It was my goal to cover 50 different fashion designers, looking at any crochet in their collections. Doing one per week I theoretically would have gotten them all done right around now. However, I skipped some weeks in order to cover other crochet fashion news on those days so there are still some left on the list and the project will be continuing until it’s complete. I’ve loved looking at crochet from names like Chanel, McQueen and Prada! 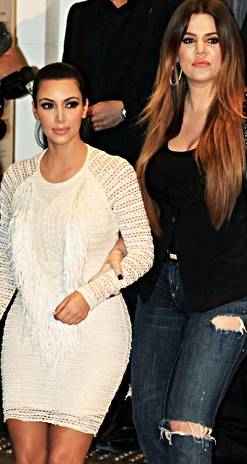 I did a mid-month roundup of celebrity and designer crochet that included this image of Kim Kardashian in a fringed crochet dress. This same dress was also worn by model Kelly Brook.

“A wooden crochet hook was her instrument, and for well more than a half-century, she played it like a concert violinist.” – source

“The face of lace has changed tremendously since Grandma’s crochet hankies.” – source

“A little bit of yarn therapy is the best balm for the weary crocheter’s soul – especially when you feel stressed and overextended.” – Hands in Delight

“I truly enjoy creating hats and scarves from a single strand of yarn. It’s quite fascinating if you think about it.” – source 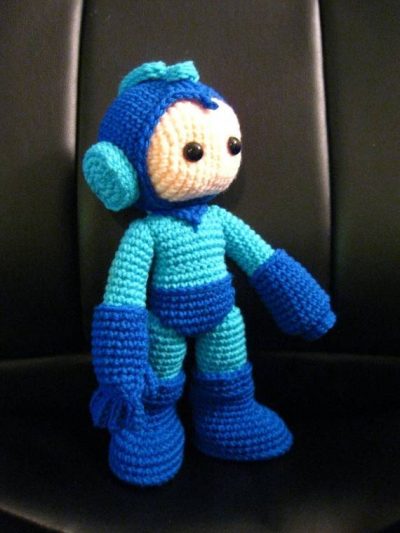 I had fun putting together an Etsy treasury of crochet items themed around video games. Geek crochet! The crochet megaman pattern shown above is sold on Etsy by RichmondArt. One of the items shown in the treasury is a crochet Pacman ghost, which I love because Ms. Pacman is the only non-word-based video game I’m truly great at. I got my own Ms. Pacman later last year from NerdJERK. 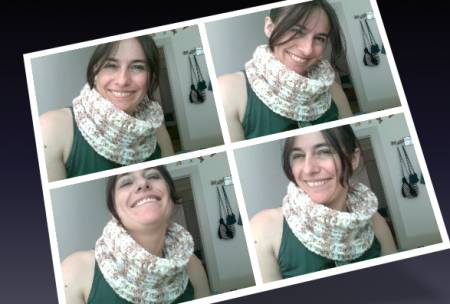 I did a review of Bernat Baby Jacquards yarn. I enjoyed the colorway and the cowl that I made using this yarn.

I did a post showing the newest yarn from a few indie sellers: Candy Skein, Yarns of Italy and A Stash Addict. Here’s something new from each of them in Fall 2012:

Hip Wool from Yarns of Italy 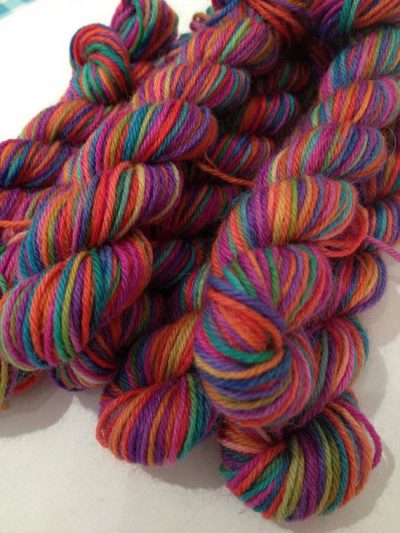 Mini-Skeins from A Stash Addict 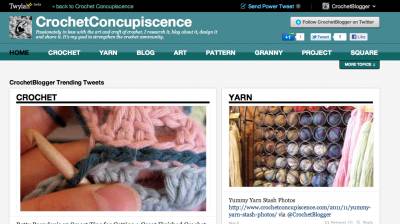 I was getting very active sharing my Tweets on Twylah, a site that allows me to aggregate a lot content in one place under categories so that it serves as a blog or magazine style page of the things that I tweet. I continue to use Twylah. I am also now doing something similar on Sulia, but the difference there is that I’m able to write in a lot more of my own content for a more personalized sort of aggregation. 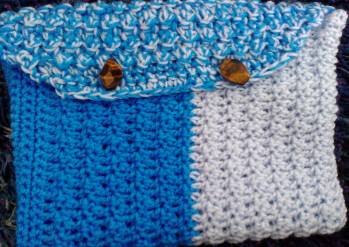 I was thinking about taking my crochet laptop bag and folding it in half to make a thick cushioned purse. I eventually decided that wasn’t a good idea and kept it as a regular laptop cozy. 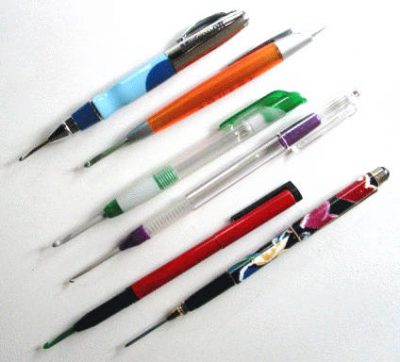 I was doing some creative writing about crochet. I’d like to go back to write stories and poems related to my projects but I’ve let that slide lately. Not enough hours in the days! 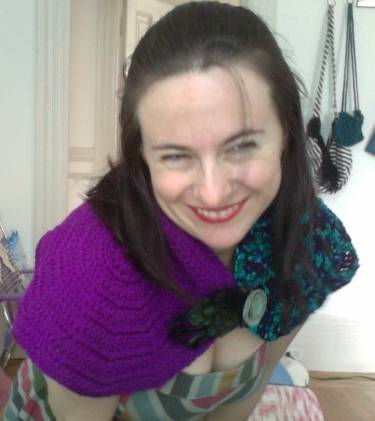 I created a video for my crochet cowls.

I was exploring the blogroll links in various blogs for my Hooked Together Project. Just like the week before I was working through the very extensive blogroll of Bridge and Beyond, the crochet-for-charity organization based in Ohio.

I looked up this date in crochet history and found a 1964 article by Pauline Walker about how many women were starting to wear pants on a regular basis. The article mentioned that pants with crochet edging were a popular choice. Other popular pants of the time were “smart knit versions”, “trim tailored styles” and culottes.