Every once in awhile I see a crochet pattern that is just so cute that I have to pass it along. That’s what happened when I saw the crochet monkey blanket pattern for sale through Craftsy. I probably won’t make it myself, because I really don’t know anyone I could give it to and I don’t really enjoy making motif-based project, but I think that it’s such an adorable pattern that I want to spread the word about it so other people can make it! 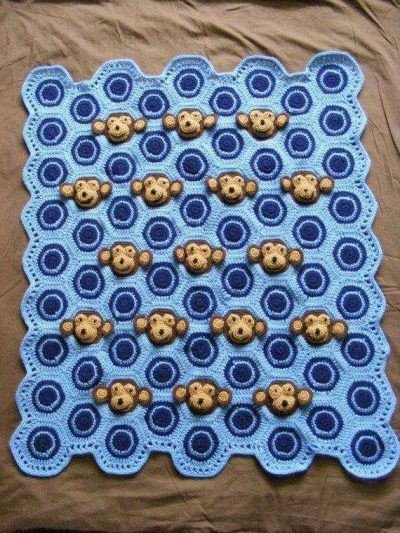 There are actually two different (but similar) crochet monkey blanket patterns sold by TwoSeasideBabes on Craftsy. There’s a blue one (intended for baby boys) and there’s a pink one with white flowers (meant for baby girls). 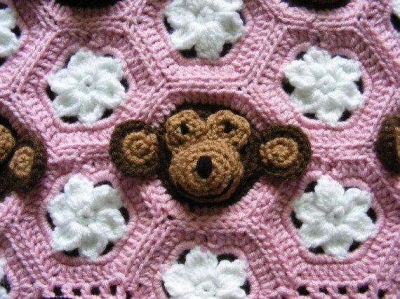 Each pattern costs $4 and is designed for crocheters with advanced skill levels. The pattern doesn’t include any complicated stitches but the construction technique is advanced. The pattern, worked with an F crochet hook, is designed to make a 30″ x 33″ crochet blanket. 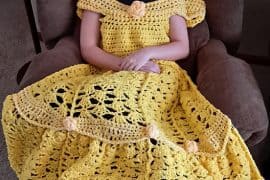