Each week I go back to these same dates on the Crochet Concupiscence blog last year. I look at what I was writing about then and update you about the things that have changed in relation to those posts. It’s a way for you to see things you might have missed and learn how crochet art, fashion and design are developing over time. At the end of the post is also a look at this date in crochet history. I hope it’s a series that you enjoy! Here is this week’s information … 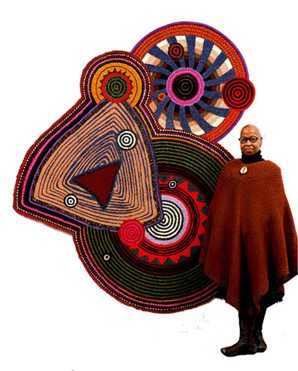 Xenobia Bailey had a new crochet art exhibit happening at at the Northwest African American Museum in Seattle. The exhibit, which ran for six months, was dedicated to her parents. The exhibition was called the Aesthetic of Funk. Bailey’s work is currently a part of the Studio Museum of Harlem’s 100 year Celebration of the Birth of Romare Bearden. This is appropriate because as Bailey says about artist Bearden: he “used collage in a poetic way to tell the African-American story through a very funky, tribally strong, New World, fine art aesthetic.” 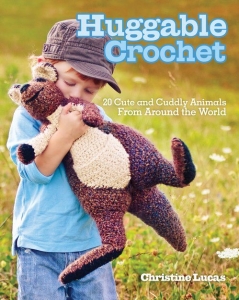 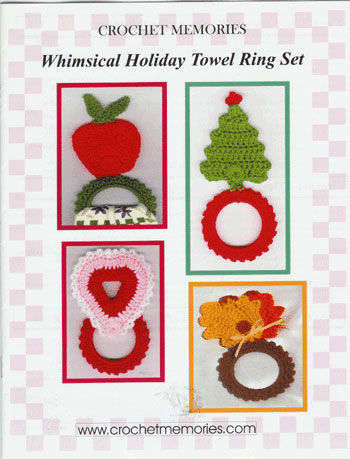 I shared a story about Anna Murphy, a retiree with macular degeneration who crochets six blankets per month, which she donates to nursing home residents and cancer patients. I don’t have an update on this crafter but hope she’s doing well!

Year of Projects Participants. I did a post exploring what everyone was doing for their participation in the Year of Projects. It was fun to see who was working on crochet, who on knitting and who on both as well as to look at all of the projects that they had chosen. My favorite was Marie of Underground Crafter who chose to work her way through the advanced techniques in the Crochet Master Class book. Unlike me, Marie is participating in Year of Projects again this year and taking on new fiber arts techniques including spinning.

Here were some of the smart things people said:

“I know some hot girls who wear crochet.” – Christopher Kane

“It is amazing how our strands of yarn bind us together as almost instant friends. There is something about the fell of yarn running through your fingers and the opportunity to share creativity that brings a group together.” – Gwen Blakley Kinsler

“Having been surrounded by wonderful crochet creations that leapt into life through the magical hands of my grandmother I became deeply entranced by the world that could be created with the simple ‘twist and turn’ dance of the yarn with the hook. And I was truly hooked.” – The Little Treasures

“Next time you find yourself in your local yarn shop or at your farmer’s market, talk to someone about where the fiber in your hands is from. How was it made? Where was it milled? What kind of dye process was used? The more you understand about your fiver and where it came from, the more informed you will be and the more you’ll appreciate the process.” – Tanis Gray

“I think that crocheting should be fun and relaxing.” – Christine Lucas 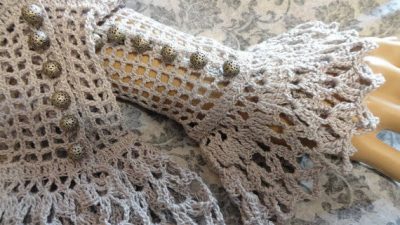 I put together an Etsy treasury themed around steampunk crochet. It was fun to see what people were creating in this niche, a niche I still like to look at! The photo above is the Fine Lace Crochet Gray Gothic Steampunk Victorian NeoVictorian Wrist Cuffs by Scarletrabbit whose steampunk neckwarmer was featured in that treasury. 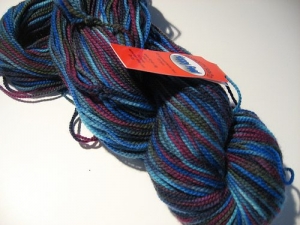 I went to the Tucson Wool Festival. It was my first time going to a fiber farm / festival and I had a really great time. It gave me a chance to visit my family in Tucson, which was great. I also went back to Tucson again this year just a few weeks ago but this time the fiber-related thing I did was met a drop spindle maker Ken Ledbetter. As for the Tucson Wool Festival … the farm owner Kathy Withers moved from Tucson and is now on the East Coast; I see from her site that she’ll be doing the Woodbine Fiber Fest this coming weekend so people there can see her animals and fiber. 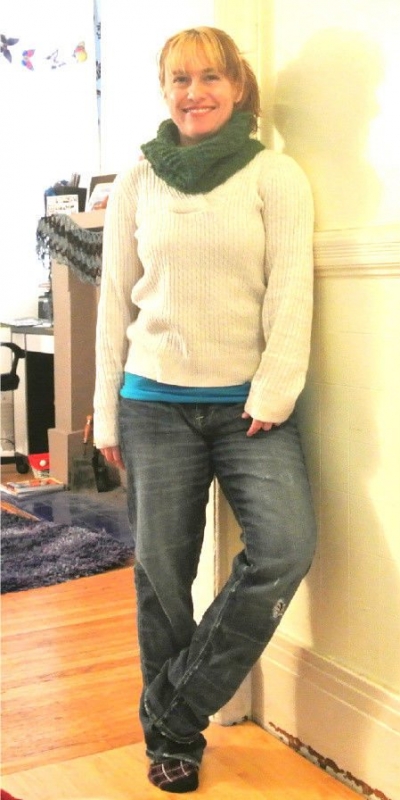 I was working on a green crochet cowl made up of post stitches and bullions, a great textural piece. I’m wearing the finished piece in the photo above.

I was exploring the blogroll links in various blogs for my Hooked Together Project and checked out what BellaCrochet enjoys reading on other people’s blogs. She was following a lot of foreign language crochet blogs, which helped introduce me to what a joy these blogs can be. She also followed a lot of thread crochet blogs so I got the chance to discover new ones of those I hadn’t seen, many of which – like Crochet n Beads – I still follow. 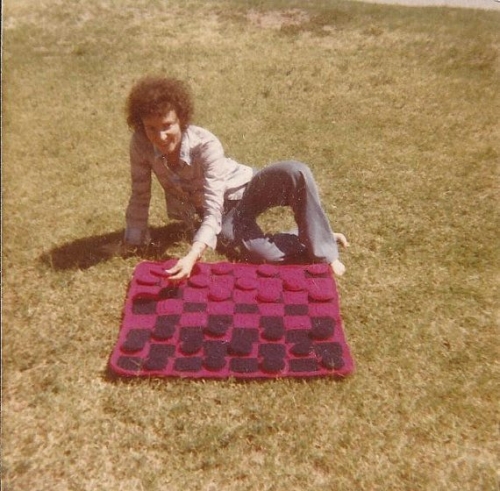 My mom and sister planned to start an Etsy store at this time last year. Life got really busy with many other things, though, so they haven’t really finished their plans for that. I think it’s something that they’re going to do in some form, and perhaps something I will join them in, when we figure out how to make the timing right. Alternatively we may skip the Etsy route and try to sell crocheted items locally in their area. We’ll see …

I looked up this date in crochet history and found a funny, wacky article from 1951 headlined, “Crew Cut Toupees Are Made by Secret Crochet Process“. The article explains that a lot of men, from actors to businessmen were wearing crew cut toupees but that one company was doing a better job of making them than others. It says the trick is making the hair stand up correctly, which this particularly company does using a “secret crochet process” that took “many months to perfect”. Each toupee includes about 30,000 individual hairs and each hair must be crocheted individually. The article says that you can comb the hair into the style that you want and then it will be “water-proof, wind-proof, sleep-proof and pull-proof” but unfortunately not fire-proof! No more is revealed about the “secret crochet process”.