The most fun part of doing this Designer Crochet series is that each week I get to learn about a new designer, often one that I’d never heard of before, which was the case this week with Madeleine Vionnet. Whether or not these designers have crochet in their collections, I always get inspired by the images from their fashion history. 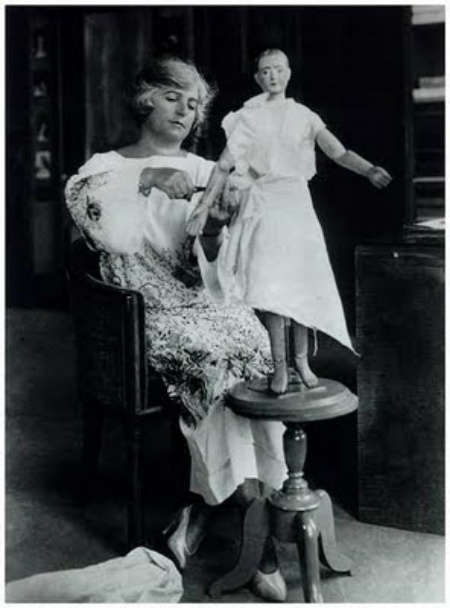 Image of the designer via A Femme d’Un Certain Age

The book 50 Fashion Designers You Should Know

tells me that I shouldn’t feel bad about not knowing this designer because she’s “now practically forgotten” despite the fact that she was well-known in her heyday. She was a French fashion designer who was born in 1876 and got her first tailoring apprenticeship at the tender age of twelve. By the age of twenty she had moved to London and was running a tailoring business. In 1891 she got a job as the director of couture at a Paris fashion studio which was followed by taking the same position at Jacques Doucet. In 1912 she opened her own Parisian salon.

Vionnet was known primarily for two things. First was the bias cut, which she invented in 1923. This technique is frequently used by designers today, including well-known designers like John Galiano, Azzedine Alaia and Issey Miyake. And second was her effortless, flowing designs. She shed the traditional corset and took inspiration from antique draping to create clothing that swirled comfortably and effortlessly around the body while still flattering the female figure. Vionnet ran her own salon for nearly thirty years but closed it when World War II broke out so she could move to a more rural life.

The Vionnet label ended when the designer closed her salon. The designer donated many of her creations to museums and lived a quiet life. However, in 2006 the brand was resurrected as the House of Vionnet. The first new collection debuted in the December 2006 issue of Vogue. In 2009 the label was acquired by Matteo Marzotto. The current collections are designed by Rodolfo Paglialunga. Vionnet was worn by the starlets of the 1930s including Katharine Hepburn and Greta Garbo. The House of Vionnet dresses are likewise worn by celebrities today incluing Madonna, Hilary Swank and Cahterine Zeta-Jones.

I looked and looked and asked around but I couldn’t find any designs that Madeleine Vionnet did in crochet. It happens. Although most major fashion designers have incorporated crochet into at least one or two of their collections, you can’t expect every one of them to do it. I do wonder if there are any designs out there that she did do in crochet that never made their way onto the Internet, though.

Madeleine Vionnet may not have done anything in crochet but she has some super beautiful designs so I figured I’d share a few: 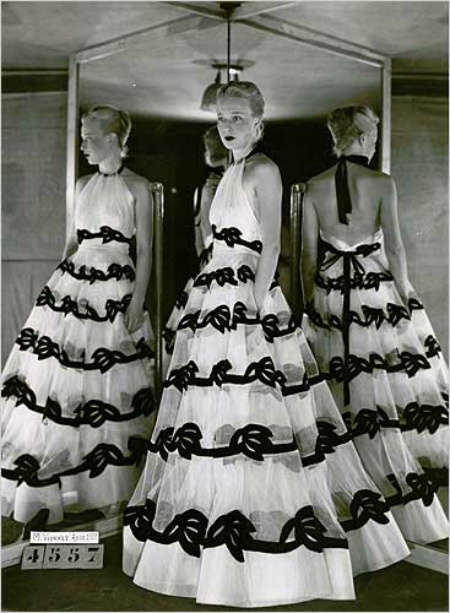 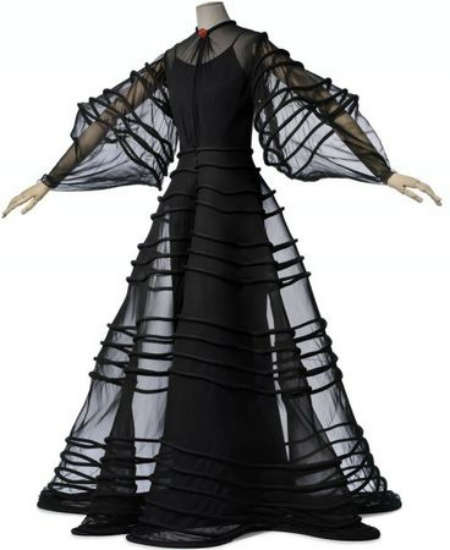 Although the originally designer didn’t do anything with crochet, the revamped label has released a few things that may be crochet: 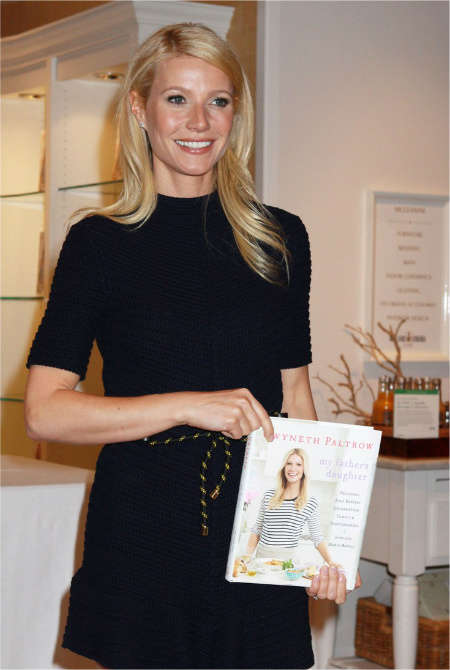 It’s tough to tell since it’s in such a dark color but reportedly the Vionnet dress that Gwyneth Paltrow wore for her book signing at Williams-Sonoma was a crochet dress. Fun fact: Paltrow was the inspiration behind one of the crochet patterns in Vickie Howell’s book Pop Goes Crochet! 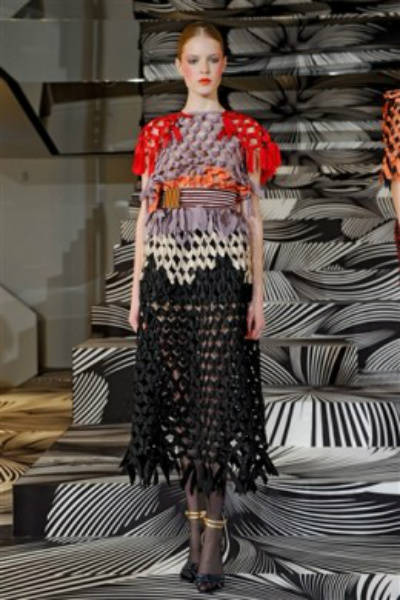 The 2011 Vionnet collection by Rodolfo Paglialunga included these skirts that were reported to be crochet. Upon closer examination, I’m not sure that crochet was the technique used here, though. It’s definitely openwork knotwork done with some type of ribbon or fabric but I don’t know if it was crochet. Vionnet reported that the skirts were crochet and the tops knit … Thoughts?

Note: The image of the designer that is at the top of this post comes from Vogue. It accompanies a really interesting article there about how the British government wanted to prevent the export of some of her dresses.