Ruth Asawa has been on my mental list for awhile as a crochet artist I wanted to profile. I recently went to the DeYoung Museum to see the Gaultier exhibit and discovered that she has work on display there. I took some photos of what I saw and that was the impetus for finally researching her work for this post.

Ruth Asawa is a San Francisco based Japanese artist who does sculpture work including many pieces that are crocheted with metal. Ruth’s website explains that as a teenager she was one of the many Japanese people who were interned and the experienced shaped who she became. This also means, of course, that it shaped her art. She has been not only an artist but also an activist and she is known not only for her large wire crochet sculptures but also for her public arts commissions. She is especially known for her origami-inspired fountain sculptures, a couple of which I’ve seen because they’re located here  in Japantown and at Ghirardelli Square. Ruth has also done other sculpture work as well as painting and drawing. You can see this work on her website; I’d encourage you in particular to check out the Asawa At Work page on her site, which has photos depicting her process for certain projects. 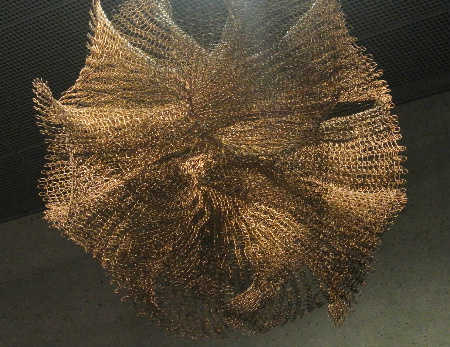 Ruth learned to crochet in the 1940s during a trip to Mexico and she took the basket-making techniques she learned and applied them to making larger sculptural pieces. Ruth began exhibiting her work in 1953. Exhibitions continue to this day. So far in 2012 her work has been shown in San Francisco, Los Angeles, New York and Boston. She began doing public commision work in the 1960s. She also worked as an art teacher and served in many art advocacy roles. (For example, in the 1970s she part of President Carter’s Commission on Mental Health on “The Role of the Arts”.) In 1982 it was officially declared that February 12 would be Ruth Asawa Day in San Francisco. In 1985 she was diagnosed with lupus and had to scale back a bit on her work. Despite this, she continued to receive awards and honors. In 1995 she received the honorable Asian American Art Foundations Golden Ring Lifetime Achievement Award. She had gone to Black Mountain College to study art when she was young but decided to go back to school and got a BFA in 1998. Sinec 2002 she has reduced her public engagements because of declining health. 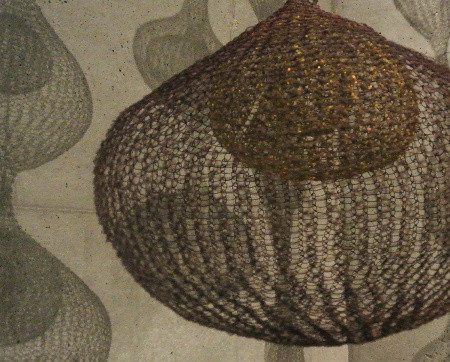 The photos in this post are my photos from the Ruth Asawa exhibit located at the DeYoung Museum in San Francisco. It was tough to take great pictures because the sculptures are hung right beneath lights so when you look up to see them you are looking right into the light. But I did get a few that I liked. It’s really neat to see the way the shadows of the sculptures play against the walls behing the sculptures. Here are a few more: 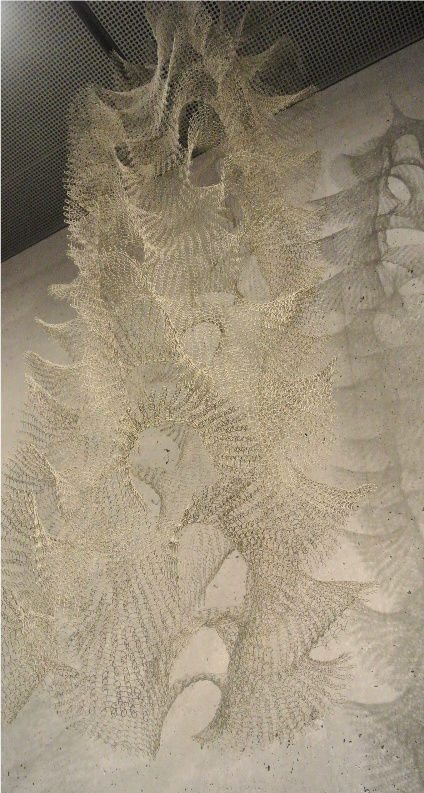 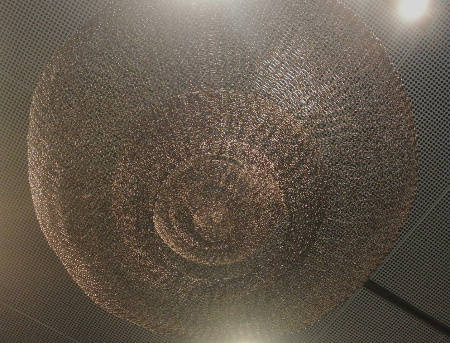 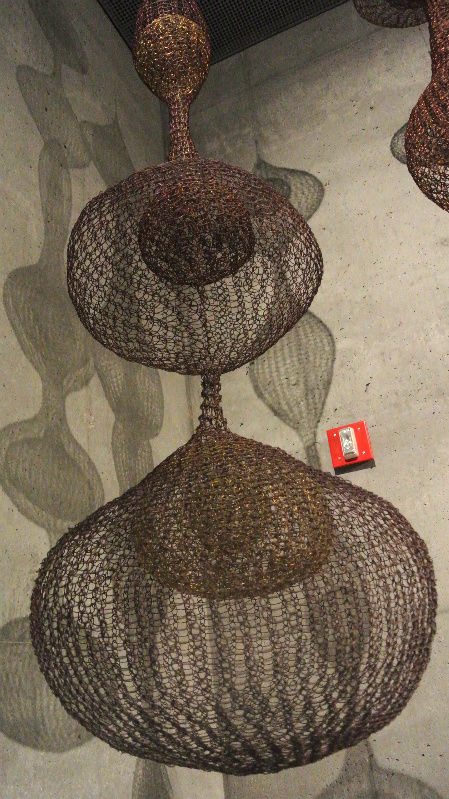 Note: If you’re in San Francisco and want to see Ruth’s work just visit the DeYoung Museum. This exhibit is located near the elevators that go to the observation deck and there is no charge to visit this part of this museum

In addition to Ruth’s own website, some good resources for learning more about the artist are:

Some of the crochet artists that I’m reminded of when I look at Ruth’s work are: 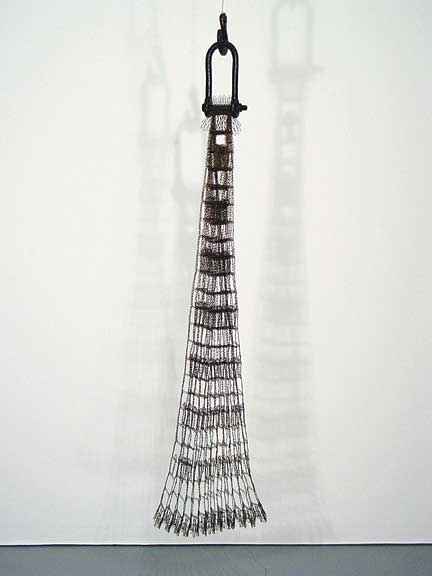 Tracy Krumm is another crochet artist working in metal 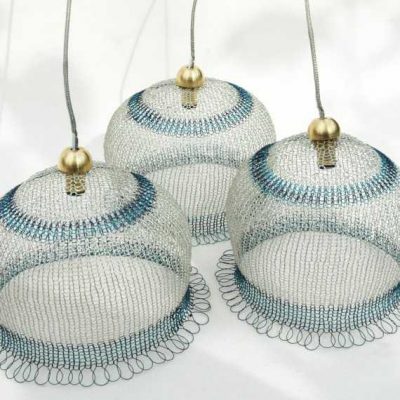 More Ways to Waste Time pointed out the fact that Etsy’s Yoola makes metal crochet home decor items, like these lampshades, that are remniscent of Asawa’s work 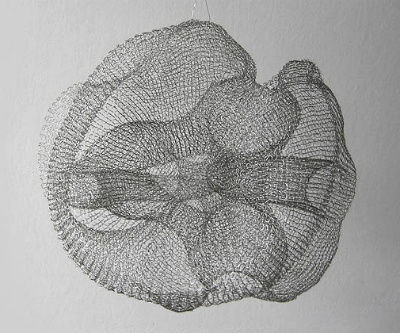 Blanka Sperkova is mentioned as an artist similar to Ruth in a post by Shibori Girl and I totally agree! This one isn’t crochet but instead is a variation on finger knitting. 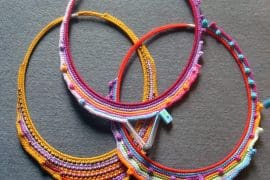