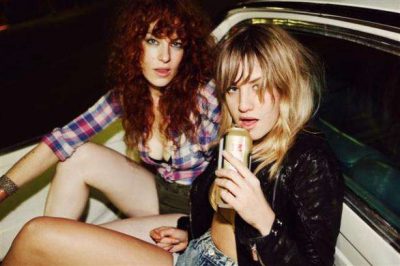 These rock chicks are also crocheters.

In 2010 the Craft and Hobby Association did a study that found that more than seventeen million households in the United States house a crocheter. Clearly crocheters are coming from all walks of life. They are young and old, male and female, conservative and edgy. Despite this, stereotypes exist and many, many people continue to believe that they only people who crochet are elderly people who learned the craft as kids. It’s not true; crochet is done by people of all ages who learned it at various stages of their lives. 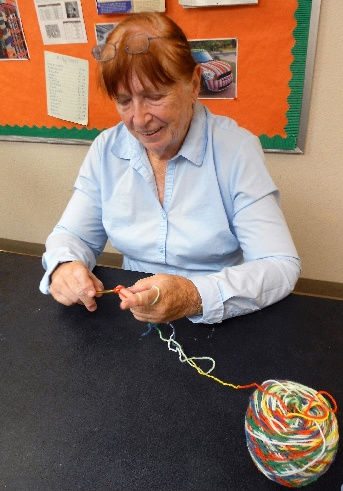 This woman is a yarnbomber

And even within the crochet community, there are stereotypes. Sure, we know that there are edgy young crocheters and we aren’t surprised at all to find out that there are crocheters of all ages … and yet, we assume that the young edgy crocheters are the only ones who are doing all of the Geek Craftery and yarnbombing. But that’s not true either. Old folks yarnbomb, too.

So I thought I’d share two stories today, both about crocheters. They don’t have anything to do with one another except for the fact that they break the stereotypes that people inside as well as outside of the community might have about who crochets.

First, I’ll share Deap Valley. This is an edgy rock chick duo. They have this Janis Joplin grit that they combine with influences from metal and blues to create this edgy musical sound. I’ll be honest; it’s not my cup of tea. But, what I love was that I found out that these two girls actually first met at a needlework class. They bonded over crochet hooks. So if you encounter anyone who thinks that there is only a certain type of woman who crochets; share this music video and let them know that these girls were crocheters together first before they rocked out together.

This is a group of people who have come together to bring the world of yarnbombing to Las Vegas with the goal of “beautifying the urban landscape one stitch at a time”. They’re a group from the West Flamingo Senior Center and they lay claim to not only being cool seniors but also being the first yarnbombing group in Las Vegas. So regardless of what your opinion on yarnbombing is, you have to admit that these seniors are pushing the envelope and breaking the stereotypes.

Who do you know that defies the stereotypes that people have about crochet?