that I’m exploring for The Designer Crochet Project I am probably most excited about this week’s designer: Jean Paul Gaultier. I just love Gaultier’s designs. He’s innovative and interesting and attention-getting and I love this excuse to look more closely at his work.

Jean Paul Gaultier is famous French fashion designer known as a bad boy, a daring creative spirit and designs donned by equally bold celebrities including Madonna, Lady Gaga, Marilyn Manson and Dita Von Teese. He worked as a fashion illustrator in the early 1970s and tried to get a job in a fashion house as a designer but he didn’t see any luck so in 1976 he decided to just support himself and present a collection on his own. Two years later he started his own label. He quickly became known for daring ideas in fashion, like putting men in skirts and using underwear (specifically corsets) as outerwear. His bold designs often combine opposing ideas (masculine and feminine, classic style and punk influence). By the lat 1990s he was becoming more widely accepted by the larger fashion community, presenting his first haute couture collection and designing costumes for the popular film The Fifth Element

. In 2003 he became the chief designer of the women’s collection at Hermes, solidifying his acceptance despite his “bad boy” past.

One of my favorite collaborations: Gaga and Gaultier

Crochet by Gaultier on this Blog

I really like Gaultier’s designs so it’s no surprise that I’ve featured some of his crochet fashion on this blog before. Take a look: 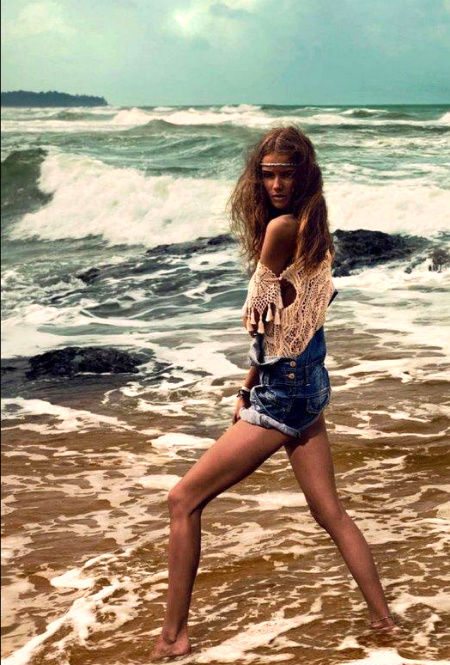 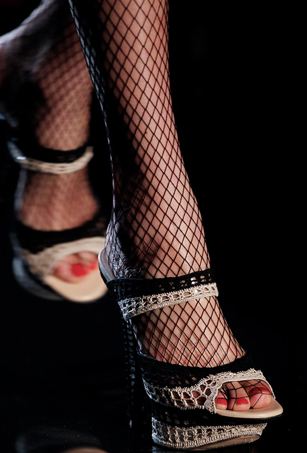 These shoes were the first Gaultier item I ever shared on this blog and I continue to adore them!

And here are some other Gaultier crochet designs I hadn’t gotten a chance to share before now: 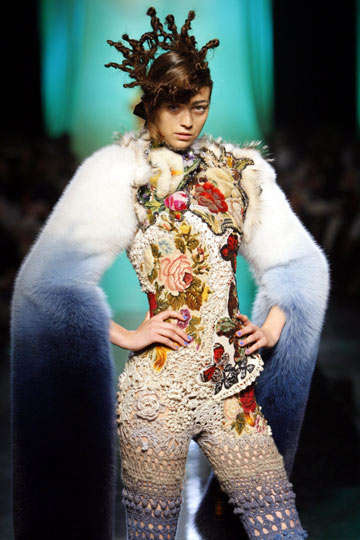 If this is any example, when Gaultier does crochet, he really does it bold! 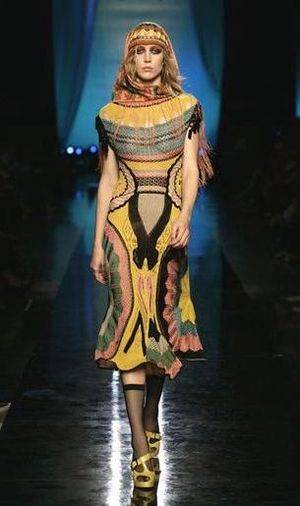 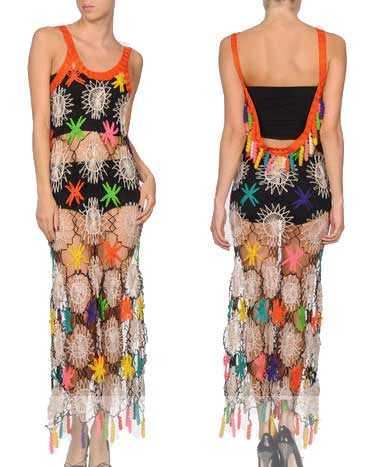 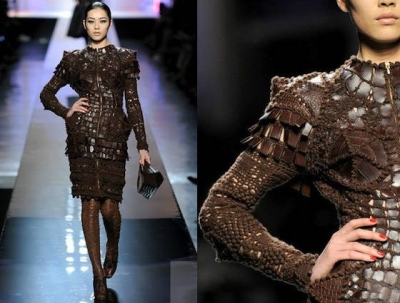 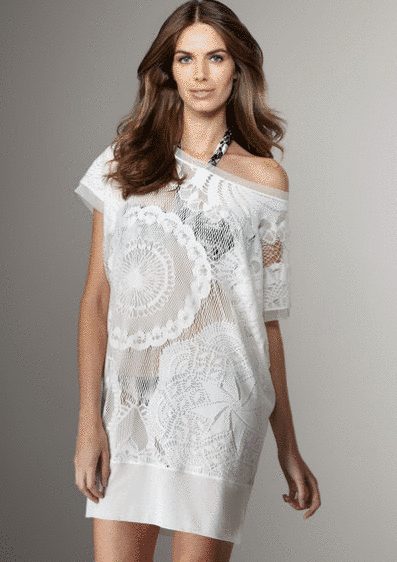 Gaultier can even take inspiration from the doily and make it modern as we see in this swimsuit cover-up which is crochet lace over sheer jersey. 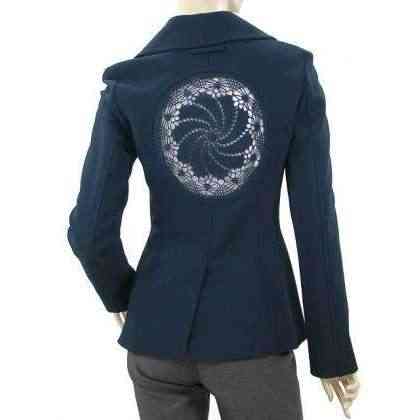 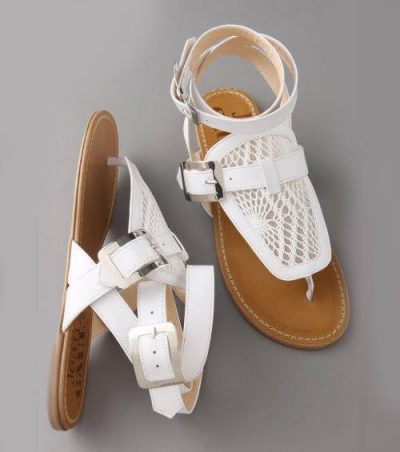 I don’t like these Gaultier crochet sandals as much as the heels above but they are cute.

Gaultier has also done crochet jewelry made of various materials: 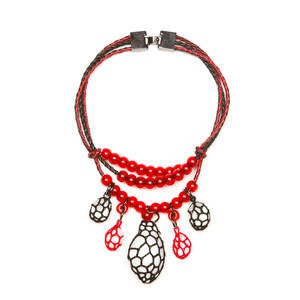 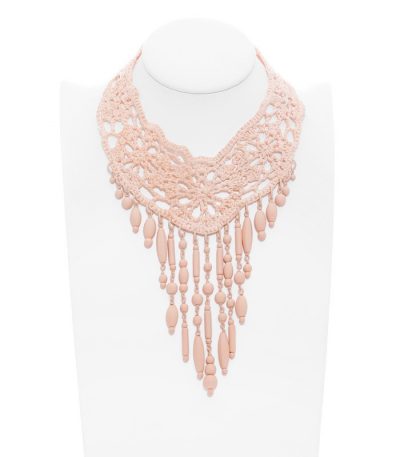 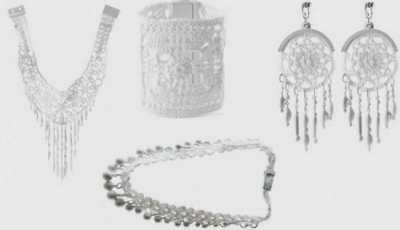 These Gaultier designs may not be crochet but I love them so much that I just had to share them! 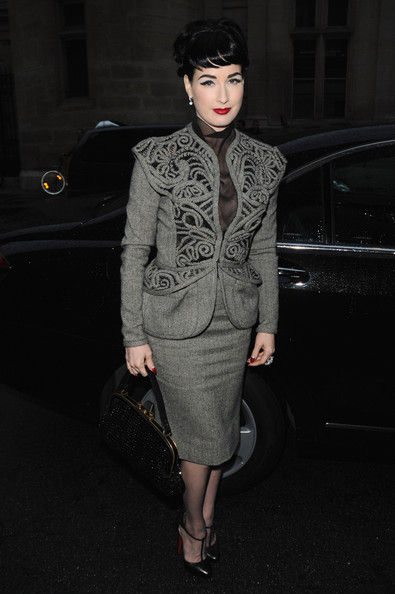 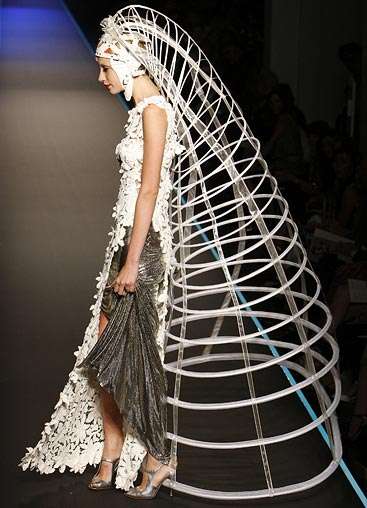 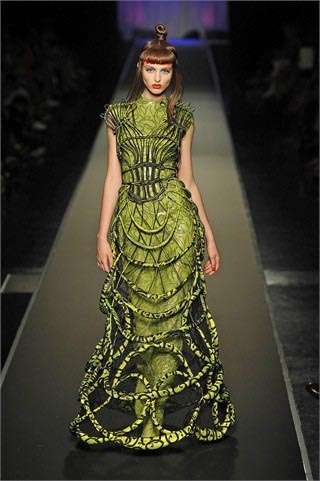 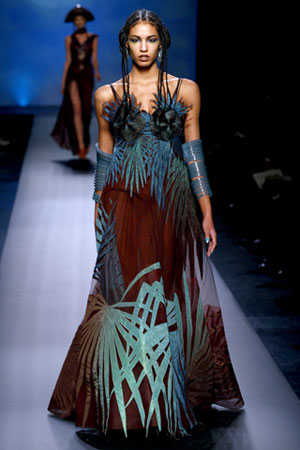 By the way, there is an exhibit of Gaultier’s work at the deYoung Museum here in San Francisco right now. I’m planning to go later this month and you can bet that I’ll be taking pictures to share on the blog!