At the beginning of the year I announced that I was going to start a charity crochet project with the goal of donating handmade crochet items to a different organization each month during every month this year. Here’s the first month’s update.

The organization I chose for the month of January was Bridge and Beyond. I posted earlier this month about why I chose them. 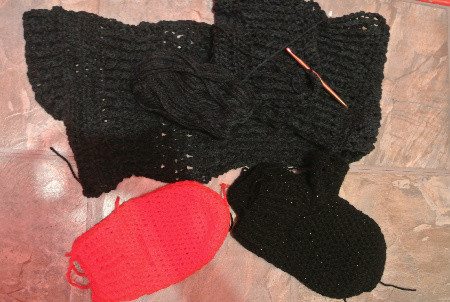 To be honest, I’m a little embarrassed that I didn’t do better in handcrafting more items for donation to this organization. I’ve made two pairs of mittens and am almost done making a very large, very warm scarf. I wanted to have a bigger donation but by the time I got started and got going there just wasn’t a lot of time to make stuff. The goal I set mid-month was “to try to make at least one pair of mittens for donation. I will also be making at least two hats and several scarves.” No hats and only one scarf. On the plus side, I had never made mittens before and I feel like they came out really well so I’m happy with that. And I love the texture on the scarf. Plus it’s better to do something than nothing right?

I’ll be finishing up this donation in the next few days and putting it in the mail next week. (In addition to finishing the scarf, I need to add thumbs to one of the mitten pairs and weave in all ends). Then it’ll be time to start working on February’s donation. I’ll be doing my mid-month update on the second Sunday of February, which is when I’ll set my specific plans and share more about the month’s chosen organization.

I loved the idea of doing this monthly charity crocheting. And I think it’s a good thing and intend to stick with it. But I’ll be honest in saying that I’ve learned a few things that have dampened my enthusiasm slightly:

At the beginning of this project I invited others to join me in doing 12 in ’12. I tried to use a linky tool so everyone could share their work. However, it doesn’t seem to want to work on this blog. So here’s the deal … if you made a crochet donation to charity in the month of January and you blogged about it, send me the link to that post via email and I will add it here (below). You don’t have to be someone who committed to doing 12 in ’12. Anyone who did charity crochet can send me their link. But I ask that you follow these basic rules:

I’d love to know what you have learned about yourself and your stash from doing charity crochet work. Am I the only selfish crafter out there? 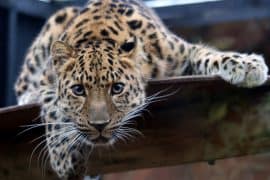