Here are links to all of the posts that were on Crochet Concupiscence in 2012 including news, fashion, reviews, art, charity work and more.

See these links with visuals showing some of the artwork on the original 2012 Crochet Artists roundup post. 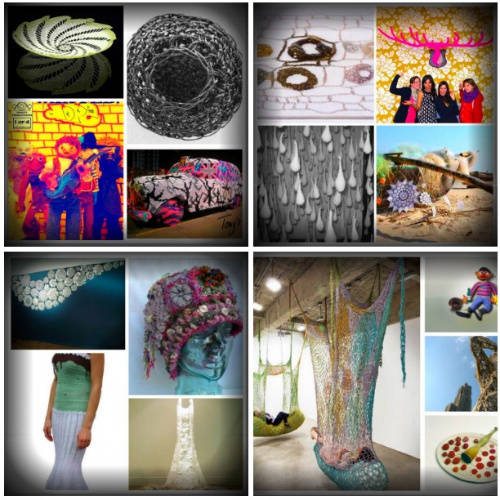 See these links with visuals on the original post for 2012 crochet patterns and inspiration. 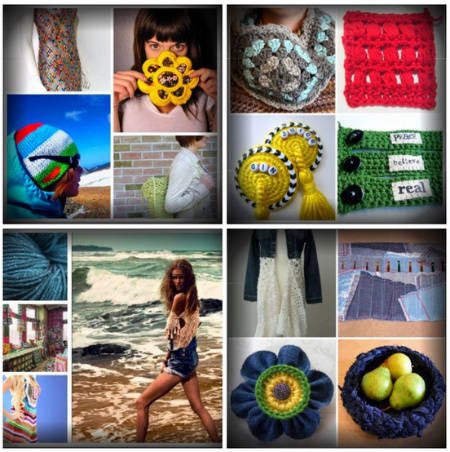 I shared the Escama pop top bag that I got and then shared the new video tutorial they’ve done for how to crochet a pop tab ornament.

For part of 2012 I did Etsy themed treasuries designed to inspire. January’s themes were: 1970′s Crochet, Must-Have Crochet for Skiers, Crochet for a Spa Day, Common New Years Resolutions, and Sexy Crochet Shoes. February’s Etsy treasury themes were: Blue and Grey in Crochet, Puff Stitch Celebrated, Risque, Quirky and Off-the-Wall Valentine’s Crochet, and Crochet + Words. March’s themes were Crochet for every room in the house, Colored borders around granny squares, Celebrate springtime!, and Items to cover the ears. And then in April I did Stylish Neon Crochet and Coachella Crochet Ideas.

Also for part of the year I did Friday Open Discussions discussing taking crochet shortcuts, crochet in chain stores and honoring the craft. In February the topics were Pros and Cons of Pinterest, Crochet Snobbery, Alternative Material Crochet and Crochet Resentments. The Friday Open Discussion themes in March 2012 were: Should you be paid for your crochet knowledge?, What do you call yourself? Are you a crocheter, a maker, an artist?, Copyright boundaries, The label “domestic” and The movement to send crochet vaginas to the government.

My posts for Knit and Crochet Blog Week (in April 2012) were: 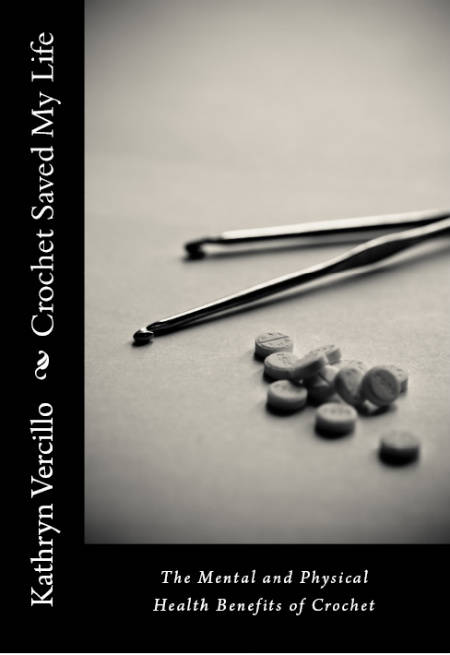 My own book, Crochet Saved My Life, was pre-released in July and came out officially on August 1st, 2012.

See these links with visuals in the roundup of 2012 crochet books.

See this set of links with images in the original vintage/retro crochet roundup. 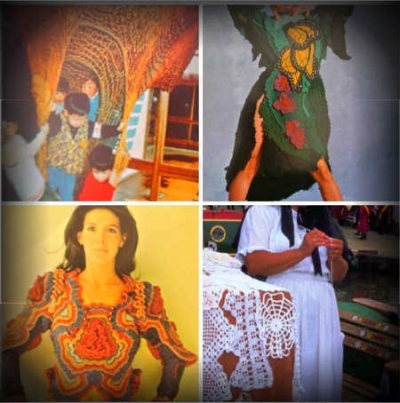 See these links with images in the original post on 2012 yarn. 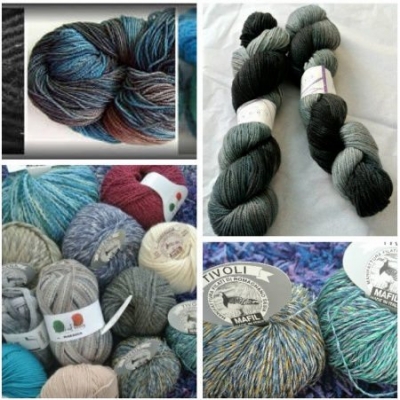 See these links with images in the original roundup of 2012 crochet fashion. 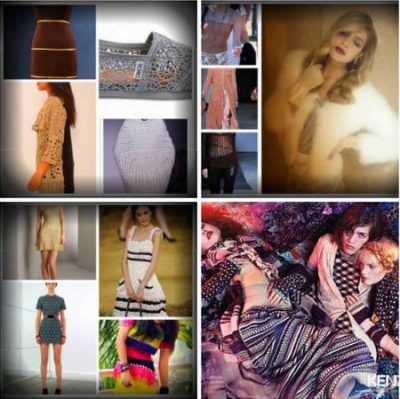 My most popular post was my overview of crochet in the Dolce and Gabbana designer clothing line. People were especially intrigued by their granny square crochet handbag that looks very DIY but is priced at nearly $3000.In addition to the main Dolce and Gabbana post, I did two other posts about them, first asking what people would charge if they made the expensive crochet bag themselves and sold it and then doing a roundup of other D&G crochet bags. I also did a comparison of similar crochet items from The Sak and Dolce and Gabbana.

See the complete set of links with images in the original 2012 crochet news post. 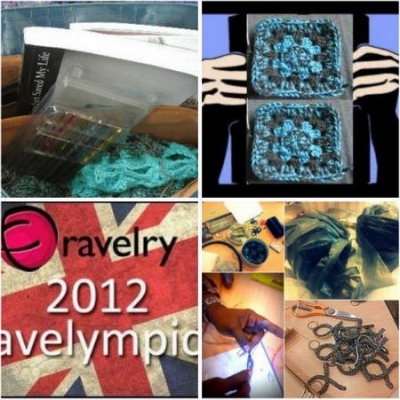 People really liked the story I shared about a crochet item that was stolen from a car and then reappeared twenty five years later.

My Life and Home

See these links with images in the original post of 2012 in Crochet: My Life and Home. 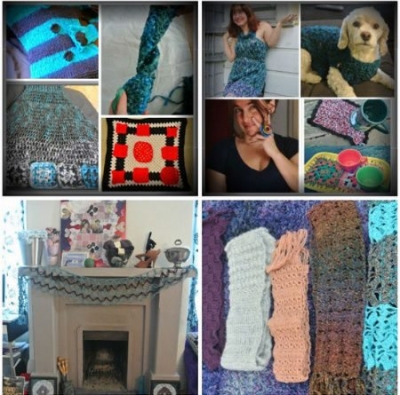 In January I debuted my project 365 Ways to Wear Crochet. I made my first donation to charity in crochet. I made a fresh YOP To Do List. In February I launched a new monthly newsletter. Later in the year I launched my new book, Crochet Saved My Life, which has received terrific support and some great reviews. I shared the brief bios of the women whose stories are in the book.

See these links with images at the original post on 2012 in Crochet: A Look Back. 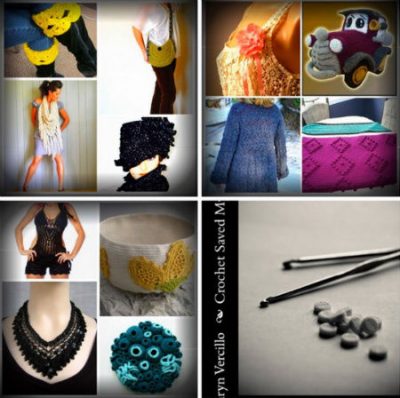 Did you see that this blog was chosen as a runner-up for best craft blog in Inside Crochet in 2012?
January 2012 also saw the launch of One Year Ago In Crochet. I look back at what happened on this crochet blog during this week in 2011, providing updates where I can. I love looking back! Can you tell? I also started featuring daily crochet job / volunteer crochet links and weekly calls for crochet submissions. I hoped this would take off as a paid feature but it didn’t end up going anywhere and became too much work so it was discontinued after a few months.
I looked at crochet on Etsy:
I put together an Etsy treasury of crochet items for people who sew.
I shared some crochet quotes:

I explored the blogroll connections of:

The year wrapped up with my annual December events. The first was the 12 Days of Crochet Christmas giveaway. Thanks again to the terrific sponsors who helped to make that giveaway happen. The other fun thing was my daily Awesome Crochet Blogger Awards. These highlight some of the best blogs in the crochet niche.