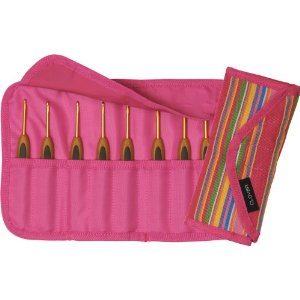 Windstream launched a program this year to award $25000 to fund new technology in eight different schools. The schools that won stood out for their great community service. At least two of these schools did their service by crocheting for charity.

The students at George Walton Academy received their award for their knit and crochet donations to Scarves for Special Olympics. The school’s counselor was the project coordinator who helped teach lower school kids to knit and crochet. She was proud that they used their newfound skills to give back to others. To enter the Windstream contest she recorded the kids at work with their hooks and needles and sent it in. Hundreds of schools across eighteen states participated and millions of votes were counted but there were only eight winners and this school was excited to be one of them.

Learning to Crochet in a Unique Way

The students of Central Cabarrus High took a really unique approach to using crochet to give back to their community. They visited residents living at an assisted living center to learn how to crochet. It is so wonderful that this older generation was able to give their kids this knowledge while also gaining a great personal experience of their own. The kids didn’t stop there, though; they took their new crochet skills and invited the community to a Scarf the Park event to encourage the other people living in the area to pay it forward with some chain reaction acts of kindness. They, too, are very excited to be winners of the technology funding.

Who do you know that crochet for charity?