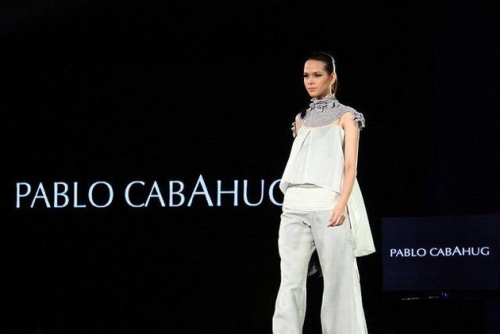 At the end of July I wrote about 2 recent fashion design graduates who were exploring crochet in the work. I was honored when one of those graduates, Pablo Cabahug, dropped by the blog to comment that he’d seen the post and to thank me for it. I emailed him a thanks back andhe agreed to share photos of some of his work here. I didn’t have photos when I did the first post so it makes me really glad that he shared them!

Pablo Cabahug, originally from the Philippines, recently graduated from London’s prestigious Central Saint Martins College of Art & Design. He designs formal wear and has gotten some attention for his “seamless melding of gray duchesse satin and metallic trimmings with jusi on clean, slim silhouettes”. (source)

When he sent over the photos of that work he explained that he did the crochet detail on an outfit he designed for the Metrowear 100 Fashion Show. This is a fashion show that celebrates his country’s Independence Day. He explained that the outfit is his modern take on the traditional FILIPINIANA national wear. The crochet detail is used in place of a traditional panuelo, a scarf-like garment that is worn to cover the arms and back. 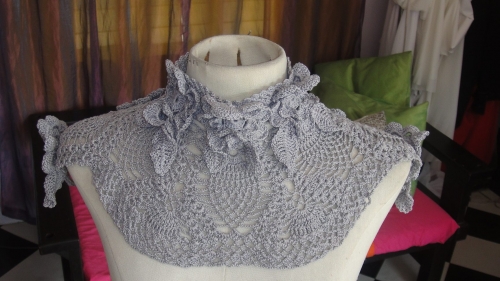 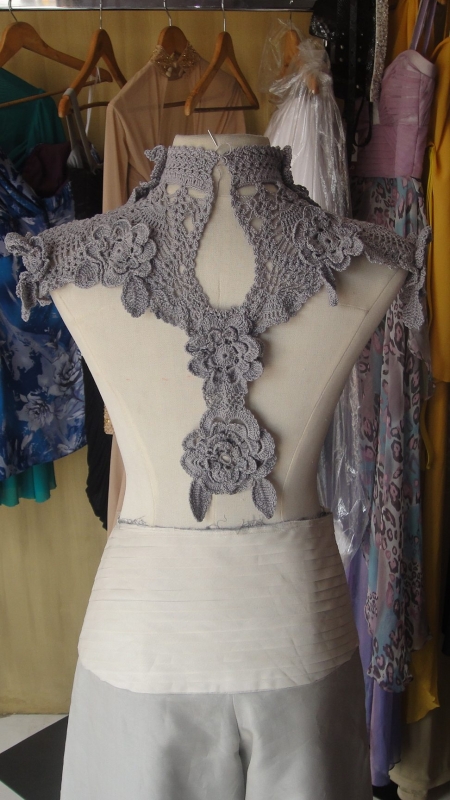 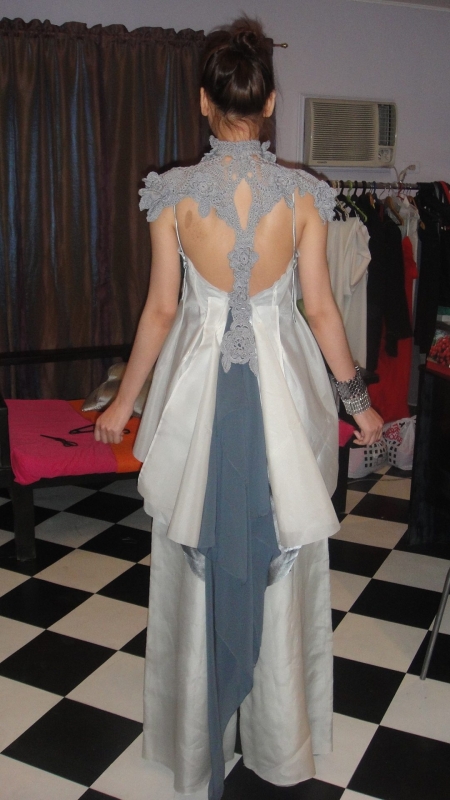 What great crochet detail! Pablo shares that he will be doing crochet details for Philippine Fashion Week as well. Looking forward to seeing it!